Dark and shadowy faces drifted across the ghost-quiet desert village. Their bodies were emitting trickles of a thin black smoke and they were moving as if their vessels did not contain anything. Their figures were of the blackest shade and their eyes were of a pure light which the inside of their mouths and ears were also radiating.

"How many are outside?" a man curiously asked.

On the tallest tower of the village made of thick mud and bricks and light brown in colour, the wooden roof were protecting two men, both middle aged, from the burning sun rays.

"I count three," one peeking behind the muddy wall said. He had a black messy beard and a bald head and was dressed in a silverfish armour.

"Good Lord... we can hardly fight one..." the other man difficulty breathed. He was a little younger, he had a fluffy deep-blonde hair with a well-groomed beard that stretched to join the moustache. He was also dressed up the same as his companion.

"Herald... what should we do?" the blonde guy asked.

"We should wait for the Peace Alliance," Herald said in a desperate manner.

"Then it's between waiting for death and running to it-" blonde guy gulped, "-if I survived this shit, I hope God has spared some women."

"You have a wife  ya know." Herald went to sit besides his friend.

They both gave smirks until the door that led to the ladder started to move briskly. Something underneath it was hitting the door.

"Samuel... how many ornaments do you have right now?"

"Two... why?-" Samuel breathed heavily, "-tell then to stop knocking on that fucking door!"

"If she is alive... you wife will become a whore by tomorrow and God will not spare you any women... because we are dying today." Herald lifted his sword with a loud laugh as the knocking grew louder alongside the shrieking cries of the shadowy figures.

Samuel began to rythm with the laugh of his friend and they yelled from the bottom of their hearts, "To Hell my brother!!" 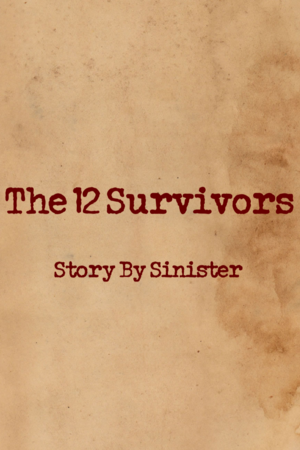