188 Results in Levo Central Archives, Aeropolis of The Southern Quadrant:

19. An excerpt from 'Rise of Augmentations: The evolution of Bioengineering?' (2050 A.D). A literary review by Anda, Trevante.

In 2047, Mase-Hendricks Industry recorded the first-ever success in augmentation implants. Its conceptualization was based on reversing visual impairment in adults. Within the same year, a magnitude of 'corrective' augmentation became widely available to the public from fully-controllable prosthetic limbs to cybernetic organs.

With its rapid growth being influenced by the increasing UV radiation levels of the Ozone layer's critical condition, Marat Hendricks began developing augmentations that would increase the survival rate of humans under the impending collapse of the earth's barrier from harmful exposure.

Mase Jorin on the other hand, started the Mase Establishment for Exceptional Children that focused on integrating the youths with augmentations to counter the alarming rise of mortality rates in children.

By the time this literary review was published, one-third out of the 9 billion of the world's population did not have the means to survive the exposure to radiation. 4.6 billion people were at least augmented with the bare essentials to live normally under the harsh environment. The rest of the population without augmentations were subjected to live under the protection of mass-produced anti-radiation shields …

Anda Rin, 14 has broken all records by being the first fully organic racer to lift the premier Junior motorsport trophy. Anda, who has always been the dark horse among his augmented competition stated that he hopes he can continue breaking records in the motor racing scene.

Fathi Jaq, Anda's coach and team principal quoted: "We hope this historical triumph would encourage the motor sport community to open their arms to naturally talented racers like Rin to compete in the big leagues".

With motor racing in the augmented era becoming more demanding and mortally dangerous to racers like the young champion, will we see Anda race in the premier Motojet series in the near future?

133. An excerpt from 'Mecha of Revolution': Living in a synthetic world' (2062 A.D). A cultural literary review by Anda, Trevante.

Discrimination is deep-rooted in society. Despite the extinction of racism, sexism and any the many other discriminatory categories that existed in the early half of this century; one form was born in this augmented era: integratism.

The largest conflict in human history has come to a climax between the 'Augs' and 'Organics': an ironic tug-of-war between which is the Aryan species. The augmented race has the freedom of mobility plus the larger population, but the financial burden of constant maintenance. The fully-natural survivors have an almost unlimited wealth, but are hindered by their dependency on machines and city-wide protective shelters.

Marat Hendricks II publicly stated the immoral implications of an immortal Augmented race as anti-humanistic. This was a belief inherited from his father who dissolved the Mase-Hendricks Industries partnership and formed the Republic Union of Independence that's made up largely of medical and military industry giants.

Mase Jorin on the other hand disagrees that augmentations are spiritually unethical. The largest manufacturer of cybernetic technology then partnered with the global service provider Tavo Communications…

6-time Motojet GP constructors champion, Mase Racing will have Anda Rin as their lead engineer and test rider. With the current season coming to a finale, recent upgrades have seen speeds reaching 700 km/h and more spectacular crashes leaving fans confused on the appointment of an organic leading the development team.

When asked whether the shocking decision was to level the playing field during a press conference, champion rider Mase Eo Azan quickly debunked the rumour stating Anda is a gifted rider who has the much needed human touch that would help them retain their title next season.

The Terminal War in 2067 was the shortest and most devastating war in human history. Not only was it a war that resulted in almost wiping out the entirety of the non-augmented human race, it was a cataclysmic loss for humanity.

The cost of the war to humanity is even greater as many barriers that protected those without augmentations from the radiation were destroyed during the skirmishes in urban battlefields. This spells an inevitable result that having augmentations is the only means of survival and the extinction of non-augmented life. If the hypothesis is correct, it's projected that in six months the whole population of the planet will be augmented.

An augmented race would mean death would be a thing of the past, a world of immortals! Never to be bound by the limitations that grounded man for over two millenniums …

Anda Trevante, a prolific figure in the non-augmented community died peacefully at his home yesterday evening at 8:40 pm. Anda remained non-augmented and passed away naturally at 49-years old. His major works were focused on augmentations being a catalyst in loss of humanity and a fully-augmented society will lead to a decadent human race. His works are archived at Levo Central Archives. He is survived by his son Anda Rin.

Mase Eo Azan surprised the media at a press conference ahead of the Motojet season opener announcing that the team will be named Mase-Anda Racing. Mase then revealed the rider who will be racing alongside him to retain the Motojet Championship title: Anda Rin.

Anda Rin bursted onto the motor racing scene at age 14 for being the first organic to win the Junior E-Kart GP. He then led the development team at Mase Racing before the war. Now 21 years old, Anda is augmented after being inflicted by fatal wounds during The Terminal War.

The much awaited start of the new season was on hold until the Xeno-sphere Mission was complete. After a two-year hiatus will the newly formed Mase-Anda Racing team have a championship winning debut?

The new century began with the most ambitious feat of human history: a journey to the farthest reaches of the cosmos. Yesterday's successful launch sends the first ever single-manned hyper cruiser on a survey mission to uncover the mysteries of space.

The Celestial Mission was the brainchild between Zenith Mase Eo Azan and Prime Monarch Tavo Ix with the goal of discovering new resources to advance augmented technology to new heights.

It took almost thirty years for the mission to come to fruition mainly to develop a self-sustaining space craft that required minimal crew members to pilot and maintain the vessel. After twenty years of development and testing, the Trevante finally went on its maiden voyage launching from the orbit platforms outside the Xeno-sphere.

The captain of the voyage is none-other than Anda Rin, the penultimate Motojet champion had a huge part in the development of the Trevante which was named after his late father. Mase-Tevo Enterprise retrofitted Anda with ultra spec augmentations designed to withstand the extreme environments on the various planets he will be surveying and to perform meteorite mining with minimal gear.

Zenith Mase, Head of the Mission Control Centre to the Celestial Mission announced yesterday that they have lost all communications with its hyper cruiser, the Trevante and its Captain, Anda Rin.

The Zenith stated that "...the communication loss is not caused by a malfunction. The captain at his own will has disabled his transponder. As per our very last communication log, Captain Anda was in an impeccable condition and in the best state of mind. I have zero doubts that the captain is still carrying out our mission".

A representative of Tavo Industries who developed the communication arrays for the mission stated that the trail of transmission relays stationed on the multiple planets by the captain and those trailing his flight trajectory in orbit will easily ping the vessel's location once the transponder is engaged again.

The Trevante was in its 30th year of the Celestial Mission and its last location was almost 70 million kilometers from our planet. The mission has been a major success up to now with the discovery of many new materials and resources that was then sent to earth via unmanned probes.

According to the last procedural data transmission from the Trevante, the vessel could last up to three times its initial life-span after all the upgrades it received from the application of major discoveries of new resources. The hyper cruiser has even surpassed its initial top speed of 120, 000 km/h.

At 3:45 this morning, multiple sightings reported a bright flash within the metropolitan centre. Eyewitnesses from the towers that overlook the apartment stated it almost looked like an eruption before dying out a short moment later. The crater in the roof revealed fully-natural human corpses in a formation.

It's been over sixty years since any crime has been recorded and 151 years since the death of the last non-augmented human. The discovery of human remains and reports of the still unaccounted tenants of the 5-storey 10-apartment building sends shock waves across the globe.

One particular apartment unit that stands out the most is the one still registered to Anda Rin, the Captain of the Tervantes from the Celestial Mission 92 years ago. Investigations into the data logs of its tenants moments before the blast show an individual with unidentifiable signatures. The Zenith has cordoned off an eight-block radius around the building for the safety of the city's inhabitants.

The Zenith has also publicly stated that a  special task unit has been given special permission to enter the Eastern Quadrant with firearms. Custo Haris, Overseer of the Northern Quadrant has personally handpicked the members of the unit and are tasked to control the situation, investigate the crime scene and apprehend any subjects for further questioning. 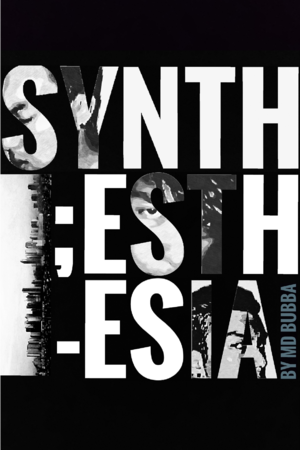