Just what color is the sun?Bookmark here

Just what color do you see the sun as?Bookmark here

Others may view storms as natural phenomena through nature. Storms are used to cleanse nature and continue the cycle of life. Without cycles, things would remain unchanged.Bookmark here

But how do you necessarily view a storm?Bookmark here

Do you believe that there is always a wind that blows before the storm? Or is the wind just a sign that misfortune will occur.Bookmark here

For so long I've always thought of storms. I typically viewed storms as a threat to all of humanity. Storms could've normally been where we could meet our end. Storms and their unpredictable destructive nature. To destroy and to recreate with their aftermath.Bookmark here

For so long I've thought of the wind as a sign. The wind would often blow mainly from the north here in this city. Leading to me creating the motto.Bookmark here

"The storm calls as the north wind blows"Bookmark here

And unfortunately, that misfortune has decided to destroy the creation of humanity.Bookmark here

"No!..No!..No!!!!, these were the words I wanted to scream out as loud as I could during this moment. But my voice began to lose its sound. Bookmark here

No matter how hard I tried to get these words to come out, they would just never seem to have come out at the moment. Why was this so? Was it because of everything that had happened up until now? Or is it due to this traumatizing event that occurred earlier today?Bookmark here

Even if it was possible at the slight chance that someone would hear my voice. I would desperately attempt to keep trying. The more my voice called out. Strange energy of some kind began to form itself onto me entangling its presence onto my body.Bookmark here

"W-what the hell is this?"Bookmark here

The young boy tried to remove the dark and mysterious void of energy as he panicked out of being scared as to what it was. Bookmark here

But the dark aura which began to consume his body soon made his life energy slowly disappear.Bookmark here

I began to feel my hand losing its grip and my body began to become much lighter than before. Was it because of this strange energy that had entangled itself onto me?Bookmark here

"I feel so weak all of a sudden, and I can't move. Could it be...this?"Bookmark here

It was all so sudden, but I had no idea what was occurring at the time. No matter how hard I tried to break free it was inevitable. I kept thinking, "I don't wanna die!, I don't wanna die!"Bookmark here

"I feel so weak all of a sudden, and I can't move. Could it be...this?"Bookmark here

The more I tried to scream loud as I could the sound of my voice became muted.Bookmark here

I tried to grasp hold onto my neck to soothe the tension I was feeling at the moment in my throat. I began losing my voice, but why?Bookmark here

Such dark unbalanced energy creeping its way further and further inside of me.Bookmark here

I then tumbled over onto my back. Crying in pain, while attempting to rip this dark energy off of my body.Bookmark here

The more I attempted to resist it. The stronger that the dark energy had become. It was almost as if it was trying to merge into my body. Bookmark here

The pain was no longer unbearable for me. The dark energy had begun to radiate around the outline of my body.Bookmark here

"J-just what is this?"Bookmark here

The dark energy then began to squeeze tighter around me. It soon completely had me trapped inside of the dark energy.Bookmark here

I couldn't move. My voice had seemed to have disappeared at the moment as well. And if I tried to resist it then t would grow stronger and would force itself onto me. Almost as if I had no choice but to accept it...To accept everything that has destroyed this city as my fate.Bookmark here

Within these next seconds. I wasn't sure if I would live. I had no way out of this mess. And I felt my life-no I felt my humanity as it began to fade away from me.Bookmark here

A strange pain began to make itself present in my left eye. My left eye was burning. The pain was nearly unimaginable.Bookmark here

I began to moan in agony. No one would come. Bookmark here

Was this my fate?-Death.Bookmark here

No way could this have been happening. The entire city nearly wiped out. And the sun which we have all lived under for so long has turned black.Bookmark here

The pain grew much intense than it was before. But of course, this time a rather strange dark energy appeared in my vision. Similar to the energy which was keeping me chained up. Bookmark here

"W-what am I seeing! my vision it's showing strange energy...Bookmark here

I could see the energy in my vision. But what I also could see at the moment in that eye was the sun.Bookmark here

A storm was blowing. The storm wiped out the entire city and nearly half of its people.Bookmark here

All of this could be caused by the sun. How could this have been possible?Bookmark here

My eyes began to force themselves shut and I began to feel myself grow cold. I was inching closer and closer to death.Bookmark here

There was nothing that I could do.Bookmark here

But could I have accepted this death? The way that everything had ended here. My sister, the city and myself.Bookmark here

Whoever thought that a black sun could initiate a journey into another world.Bookmark here 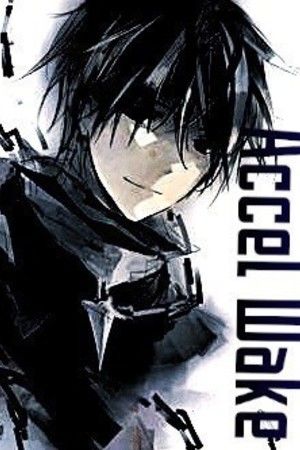