After the orientation, the rookies went to the cafeteria. A buffet was prepared for them as a congratulatory gift. “All of this is for us Rain! Let’s eat, I’m starving.” said Kai excitedly. Rain on the other hand was already feeling exhausted and anxious from all the formalities; she wanted to go back home and rest.

“Kai! Rain!” They turned around to see Maya and Skylar; fellow rookies whom they got to know during trainee days. Kai invited the two over to their table. They briefly talked about what happened today and how it feels to finally become a Ranger. “Do you remember when we first started, we were a pretty big batch. Around 40 or something?” says Maya as she was trying to recall. Kai nods and says, “Yes, it was a shame to see trainees gradually leave one by one throughout our time there. Especially those that we became sort of close with.” Out of the blue, Skylar asks, “Oh my, Rain is that all your eating?” as she noticed that Rain had very little on her plate. Maya shakes her head and says, “No, that’s not good Rain. You need to eat more to grow. It’s no wonder you’re-“

“I mean to be fair despite her size she sure had more stamina and energy than us.” Skylar points out. Rain felt flustered and shy as she heard the compliment.

Maya brushed her hair back and said, “Sky. Are you indirectly calling me lazy? I’m just saving my energy for the real battles.” Rain glanced over at Kai who was too focused indulging in the food.

Two figures approached the group as they were absorbed in a conversation. “Enjoying the feast?” They all looked up, it was Opal and Anushka; Whom they saw earlier at the hall. Opal was also Kai’s mother, as well as Rain’s Guardian. “Hope we did not startle you all, we just wanted to personally congratulate you,” says Anushka happily. “Indeed you have all worked very hard to get here. Enjoy the feast to the fullest.” Added Opal. “Yes, do enjoy it for now as they will not be this generous later on,” Anushka says while almost whispering. They laughed at her remark. Skylar then asks, “I heard we will be put into teams soon, have they already been decided?”

“Yes, they are. You will find out very soon,” Anushka gets closer to the table and grins, “Is there someone specific you would like to be with?”

Skylar, caught off guard says, “Oh er- no not really. I mean, I would love to be grouped with colleagues I am already familiar with like these three over here. But all of the Captains seem amazing and charismatic in their own way.” Kai adds, “True, but personally I’d like to be part of Haneul and Aaron’s team.”

Opal raises an eyebrow and asks, “Is that so, what made you decide?”

Kai explains, “Well two reasons: The first being that I’ve already had experience being trained by Aaron during our trainee days. Since then, I really wanted to be part of his team. The second reason is Haneul and Aaron are mainly in charge of Nox town right? I have always wanted to go there. I hear they have the best Cyglider tracks there.” His eyes sparkled as he said that. Maya added, “If you put it like that…I’d love to go see Lu’lua one day-The underwater city. Or Neo Glaceo, I’ve never seen snow in my life! I wonder if they look as magical as I imagine in my head.” She turns to look at Rain and asks if she has a particular team in mind. Rain stares at the juice in her glass for a bit. She does have a dream, to search for her parents. In fact, that is all she had ever thought of. To achieve that dream, she followed her mother’s footsteps into becoming a Ranger. But this is only the first step, now the real search begins. “I’m not sure…for now, I just want to get stronger.”

Anushka nods then says, “That’s wonderful! Its lovely hearing young people like yourself talking about their dreams.” She paused briefly and looked at the ground, her eyes for a moment seemed empty and gloomy. She continues in a low voice, while forcing a soft smile, “…given the reality we currently live in.” Everyone became silent for a few seconds. Opal broke the silence by saying, “Anyways, today is a good day. Congrats to you all once again, and we look forward to having you on our teams.” She places a hand on Anushka’s shoulder and says, “C’mon, we have some things to do.” She nods, her warm smile came back. “Oops! I’m embarrassed, sorry if I seemed a bit gloomy there.”

“No it’s okay! Everyone has such days. Thank you both for coming to congratulate us personally. Hopefully we will get to be part of your teams!” said Maya happily.

“Yes definitely!” She said. Her and Opal went back afterwards.

Skylar rested her head on her hands and said, “They had this really cool and charismatic aura around them. I wonder if we will be like that one day too…”

“Oh you bet! We will also have our own teams to lead,” said Kai confidently.

Shortly after the feast, they were summoned at the training hall. Cynthia, the Vice Commander, enters the hall and switches the screen on. “Good afternoon everyone…hope you enjoyed the feast,” she said in a monotone voice. Her expression remains unchanged. “As you can see…on the screen you will find your teams. You have been grouped based on your results from training, which takes into consideration elements such as: Your skills, fighting style, weapon of choice and personality.” The screen showed the following:

“Lucky… both Kai and Skylar will be in the same team. And look! Anushka is their Vice Captain.” said Maya as she was looking at the screen. “You will be in Opal’s team though,” Rain pointed out, in an attempt to cheer her up. She grinned, “Yup! Plus I have interacted with Dante and Akane during training, they seem nice. Oh but look! You’re with Aaron, I bet Kai will be jealous.” She turns to look at Kai who seemed a little worried. He turns to Rain and says, “I would’ve hoped we would be on the same team…sorry Rain, will you be-“ Rain nods and says in a calm yet serious tone, “Kai, I chose this path remember? I appreciate it-but you don’t have to worry about me anymore.” she gave a gentle smile. Kai gave out a sigh and then said, “Yes, you are right. You are more than capable of taking care of yourself now. Plus, your team seems good, I’m sure you will grow even stronger with time and experience.” Then he says in a low voice as he looks at the screen, “But wow, didn’t know there was a Rank S…”

While most of the rookies seemed pleased with their placements. One group in particular was not. Emir, Astrid and Dante stood together staring blankly at the screen. The three of them are childhood friends and hence, Astrid was rather upset about not being in the same team as both of them. “That was to be expected to be honest, we can’t be that lucky,” said Emir. “I know but…” her eyes wandered around for a bit. Then Dante asks him, “You wanted to be on his team right? Your father.” Emir let out a sigh and shook his head. “It’s just that his team is known to be the strongest, they’re bound to undertake more dangerous missions. Would’ve been an honor to be part of those” after a short pause he says, “Anyways, I suppose it’s better this way.” Astrid always found this part of Emir to be admirable but scary at times; he was always craving a challenge no matter how dangerous, ever since they were kids. During their trainee days, she often found herself wondering why she was even training; in truth she was scared of Outsiders. Training alongside her friends gave her courage to do so, but now she was not even going to be in the same team. Will I be alright…? she thought to herself.

“These will be your permanent teams, make sure to get along well.” said Cynthia, in her usual monotone. She added, “Also, your customized weapons and gear will be in your newly allocated lockers. Please proceed ahead and meet with your teams. Take care.” 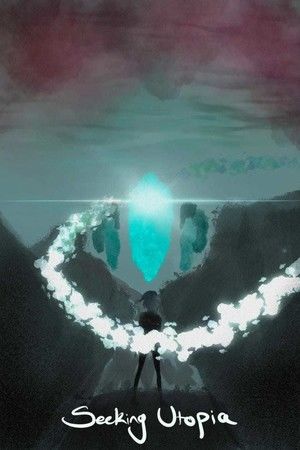