His cold reflective cell masked a deep sadness. From beyond the buzzing screen in front of him twelve of his “peers” were deciding his fate. While he and his eleven friends sat similarly isolated in various rooms pondering how many years they’d have to endure similar conditions.

It wasn’t fair. They were evenly matched. If this were 15th century Germany, he and his buddies could demand a trial by combat and “justice” would mean splattering twelve suburbanites on the floor. He chuckled lightly, teasing a small cough from his lungs. He glanced to his left at one of the gargoyles watching over him. The guard cracked his neck and Joben did his best to quiet down, not wanting to get hit again.

Joben Gima was cuffed on his feet and hands over an orange jumpsuit. To his left and right were two massive men with stun-batons and black-out helmets. Overkill for a “significant hacker” but… whatever. The cell was made of screens, though most of them would stay dark until the Jury had said their piece and the “trial” was finally over. Though, in these circumstances he wondered how anyone was willing to believe a jury’s decision when everything seemed so overwhelmingly fake. Then again, the country had rioted for 6 months over fake money thanks to him and his accomplices so, weirder things were certainly possible.

It didn’t matter though, this was expensive. And it meant the state was spending even more money on him than they had to spend stopping the country from eating itself and that was fine by him.

He sat back as far as he could, adjusted his coke-bottle glasses and tugged lightly at his short black hair. Absently, he wondered how long it would be once he got out. That is, if he was allowed to grow it at all in federal prison. He wondered as well, what number they’d give him, the first one coming to mind was “24601” a jumble of numbers that the internet had designated him with. The same prisoner number as Jean Valjean in Les Miserables.

He was a bastard, though. He knew that, and he didn’t have to think very hard about it. He’d been through hell, and it was enough for him to take what he wanted to make it through. That made him closer to the real Jean Valjean than the fairytale the kids had made up. But then, they probably never read the book anyways, let alone watched one of the recordings of the musical.

“Who am I…? I’m Jean Valjean…” he thought to himself, humming the tune quietly while biting his fingernails. What a joke. If their patsies hadn’t screwed up their “task” then Joben and his friend Hiroki would be in Montana kicking back and taking it easy. Instead, one botched unencrypted message later and here they were, martyrs for the “revolution” they never cared about. Soon to be bed-wives of the worst criminals New Japan had to offer. And that was just the start. Depending on how long the sentencing was the two of them wouldn’t see the outside air until they were in their late seventies. Goodbye youth, goodbye prospects of a normal life, and goodbye to any young ladies who might be interested in an accomplished computer hacker or a well-to-do nano technician/neurosurgeon.

A waste, a complete waste, it was enough to make him sick to his stomach. Regardless of how this turned out, they wouldn’t be plugged into the net for a long time. And that meant the suffering had only just begun.

The screen buzzed and a short jingle played to indicate the end of the current session. The guards yanked Joben to his feet as the walls made of screens melted together into a virtual courtroom. Behind him where the door had been, was now a sea of onlookers in their avatars teeming and vying for a good view of the proceedings. Thankfully muted for the din they would cause otherwise.

To his left and right he saw his 11 accomplices. No avatars for them. Citizens got anonymity, but criminals got nothing. After all, New Japan considered them less than human. At the end of the lineup to his right was Hiroki who looked like a mess. His hair was disheveled and the flesh around his eyes were bruised and puffed up. His lip was split and bleeding slightly. If it weren’t for the way, he carried himself and his overly wide nose he’d be hard to recognize.

“Sorry buddy. I’m so sorry, man.” Joben said, earning a rap on the back of his head.

Ahead of the fake cell the judge (in a magical girl avatar of all things) cleared their booming throat and gestured to their left where twelve of the most ridiculous characters imaginable sat with angry bitmoji faces. The ugliest one, a gaudy pony with a black and white mane and a lizard’s tail stood up on its hind legs and read from a CGI sheet of paper.

“We the jury find the defendants guilty of treason, grand larceny, conspiracy to commit wire fraud, ten counts of impersonating a member of parliament, ten counts of identity theft first degree, and of extorting federal funds for personal gain, further…” Joben tuned out as best he could as the list continued to grow. All that mattered now was how much time they’d decided to steal from him and he didn’t want to know. He’d really done it though, and as much as he wished he could take it back he’d gotten his best friend involved. They’d share a horrible fate and for what? For nothing at all. The pony finished his speech.

“…We sentence the accused to five sentences of ten years each.” Joben lost his lunch, the wet mess spilled out of his throat and onto his fresh jumpsuit. The rest of the slop splashed unceremoniously onto the floor and made a nice green puddle, one he came face-to-face with shortly as the guards began to beat him again.

As he slipped into unconsciousness and the Judge banged their fake gavel Joben only had enough energy to cry pathetically. Fifty years. His life was over before it had even started. He’d be seventy when he got out, assuming he could survive that long in prison. 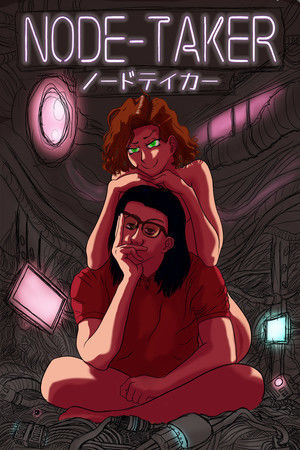