I make my way home after another day of preparation for the exam at the end of the term. Even though I feel tired, my mind is still fully active, trying to make sense of the messages. I struggle to focus on schoolwork for as long as I used to, since I always find a way to think about my bizarre situation instead.

A man, dressed very distinctly in a navy shirt and dark shorts despite the cool air outside, walks past me briskly. He notices me looking at him and greets me in passing with a smile.

Caught off-guard by the expectation to respond, I’m silent for a second before answering.

The man is out of view too soon to continue this strange conversation. I guess something really good must have happened to him that he can’t contain his excitement.

As soon as I shake the interaction off and straighten up, the same man, dressed in the same strange attire, walks past me again, coming from the same direction. This time, I look at him out of confusion rather than curiosity over his interesting choice in clothes. He notices my gaze yet again.

This time I don’t answer at all. I turn around and watch as he continues walking in the direction I came from. He disappears around one of the corners a while later.

There’s no way he could have just walked around the whole block to pass me twice in that short time. It would surely take superhuman speed to do that. Could it be twins that are working together to mess with strangers? These thoughts are batted away quickly, since I know by now that this kind of unnatural occurrence can’t be anything but another message. Especially considering the convenient timing as I just started thinking about the other messages.

However, my feelings about the message are different this time. It clearly conveys a more dire intention than the ones that came before, since this time, it actually involves another person. And based on how strangely that person acted, I immediately think that my doubts about the world around me were justified.

This changes the way I should think.

Before, I operated under the understanding that everybody around me was as real as I am, which is why I disregarded augmented reality as a possibility. This, however, makes me think that not everybody around me is real, which pushes me more in the direction of virtual reality. It is possible that some of the people are also real, and those of us who are can’t distinguish between real people and virtual people. Or it could even be that I am the only real person in this world. Maybe I’m virtual as well, there’s no way of knowing.

This also means that I should forget about the fact that a virtual world this detailed isn’t possible technologically, since if the world itself can be virtual, so too can the technology present in it. If this entire world is created by some collection of computers, there’s no telling how advanced they could be, since I wouldn’t have any frame of reference being inside the world.

The next thought is another scary one. One that I have brushed off until now. If I am to assume that the world around me is virtual… how long have I been inside this world? I don’t have any memories of a different world, but again, there’s no way of knowing what is technologically possible. It could be that I’ve just been convinced that this is the world I’ve been in all along, or maybe I have been hypnotised.

I don’t know. It feels like reality is crumbling all around me, so I try to distract myself as soon as I get home by reading one of the manga that Saori recommended to me. It works well enough, as I’m able to fall asleep, and get ready for another day in my possibly fake life.

The hallways are decorated with pink and red hearts for Valentine’s day. I used to somewhat look forward to Valentine’s - not because I expected any gifts or love declarations, of course, but rather because it at least provided some change for a day. Today, though, I’m not sure how to feel. This is supposed to be a day about celebrating relationships, but what’s the use in that when I don’t even know who’s real or not?

The classroom greets me with a bustle, as most of the girls are busy giving chocolates to the guys. Saori seems to be among them, though I notice that Misu doesn’t have any chocolate on his desk yet.

“Hey, Ayato! This is for you,” she says as she hands me a gift-wrapped chocolate. “Thanks for being a great friend and always looking out for me!”

“Thanks, Saori, I really appreciate it.”

“Man, I really could go for some chocolates right now,” Misu practically announces to the whole class.

“Don’t mind him, he’s just grumpy since he has to wait until our date tonight before he gets a chocolate from me.”

“Can’t I at least get some friendship chocolate now, though?” Misu argues. “We’ve been friends for years, Ri.”

“You don’t seriously expect to get both friendship chocolate and couples chocolate from me, right? Besides, the wait will just make it taste better tonight.”

We must have been causing quite a commotion, since the class representative seems to be heading our way.

“Don’t worry, Misu, I got some small chocolates for all the guys in the class. Here you go, and here’s one for you too, Ayato.”

“Thanks Momo, I think I would have died of mal-choc-trition! It’s good to know that some girls here care about me.”

His taunts prove to be ineffective, as Saori just sticks her tongue out in reply. The more I think about it, their playful banter seems somewhat scripted, like something out of a comedy show. A distrusting thought invades my mind. Can I trust anyone around me? They are my friends, but are they even real?

Study hall finishes off the school day, and Misu and Saori seem eager to leave, so Suzaku and I let them go. Mr. Gary stays seated at his desk as the classroom empties. I was too scared to say anything about my situation before, since I thought that it was too ridiculous to justify, but after the thoughts I’ve been having recently, I feel like I might as well take the risk and tell someone about it. I’ll be addressing a couple of questions at once. Surely, if Mr. Gary is real, he’ll be able to help me with figuring out what is going on, and if he isn’t real, he’ll most likely have an unnatural reaction.

“Yeah, but I’ve got something to ask Mr. Gary, so you don’t have to wait for me.”

Suzaku departs, and finally I seem to be alone with Mr. Gary in the classroom. I look around nervously to confirm this fact, and then walk up to his desk.

“Oh, Ayato, how are things going?”

“It’s probably not necessary to ask this, but are you ready for the upcoming exam?”

“That’s good. Is something bothering you?”

Of course he could tell that I didn’t come just to make smalltalk. For me to suspect that he isn’t real must surely be ridiculous.

“Yeah, it’s gonna sound weird, but…have you ever gotten the idea that things around you aren’t always what they seem?”

He frowns. My approach was clearly too vague. I continue.

“Like…that things around you may not even be real at all.”

The look on his face changes into one I don’t think I’ve ever seen from him. He leans back in his chair and responds in full seriousness.

“Haven’t you noticed anything odd happening around you? You know, something that shouldn’t be possible? Something that made you question your surroundings?”

Mr. Gary looks around, still wearing the same uncharacteristic expression, before he leans forward and answers.

I should have expected that rather than giving an answer of his own, he’d question my suspicion, since it must seem uncharacteristic from my end as well. Although, the way he acts makes me think that he might actually know what I’m talking about.

I take the non-committal way out, but choose to expand on it further.

“But I’ve thought about it. Say that the world we’re living in isn’t real. Is there any way that we could know that? And if we did, what could we do about it?”

Again, Mr. Gary seems uncomfortable in his seat as his eyes dart around the room, before returning to me.

“You’re asking some big questions here, Ayato. Surely this must come from somewhere?”

“Maybe it does. I’m not sure. That’s why I decided to ask you whether you’ve ever thought the same thing.”

Mr. Gary is silent for a few seconds, then leans in even closer.

“Yes. But to think that you would be thinking of this stuff while you’re supposed to be focusing on the exam is a bit worrying. Why don’t we talk about this again once the exams are over?”

True to his role as a teacher, his main concern seems to be my academic wellbeing. I decide to give up on my pursuit, since I feel like I learned quite a lot just by him saying he’s thought about the same thing before.

“Alright. I’ll wait until then. I’ll see you around after the exam but before the year ends, right?”

With a far less enthusiastic greeting than normal, we part ways and I head home.

It wasn’t quite the direct confirmation that I wanted from Mr. Gary, but his reaction still leads me to believe that he knows something. Perhaps once the exam is over, I’ll tell him everything.

Two days after Valentine’s day, homeroom starts out with a shock - Mr. Gary has been replaced. Or, as our new homeroom teacher puts it, ‘He got an opportunity back in America on very short notice’. It can’t be a coincidence that this is happening right after our discussion. And also after he seemed willing to talk about everything once the exam was over. It can only mean one thing; it’s my fault that he’s gone!

As much as it is upsetting, this essentially confirms my suspicions. Mr. Gary also knew something, and he was involved with it somehow. That must be why he left. Or maybe he was made to leave. I don’t know. Either way, I have to face the facts now. The messages were meant for me to figure this out. The world around me isn’t real.

The final exams pass by with relative ease. My grades didn’t improve, but I still managed to stay at the top of the class. I got ninety-five percent for maths again, but a week has gone by and I haven’t been scolded for it yet. Honestly, the worst part about exams was the fact that our homeroom teacher felt like a constant reminder of Mr. Gary’s absence, which I most likely caused.

The graduation ceremony takes place next week, followed by the school holidays. This year’s seniors seem pretty excited to graduate and join the adult-life, whatever that means. I can’t help but wonder what’s waiting for me after school. A year from now, I’ll be finished here, but what then? As far as I can tell, I am in some virtual reality. If that is the case, there must surely be some reason behind putting me in here. So what is that reason? I’m just a highschooler, what can anyone possibly gain by dumping me in a virtual reality? There must be a purpose, one immediate enough to warrant someone sending me messages now.

It seems like I still have a lot to figure out. 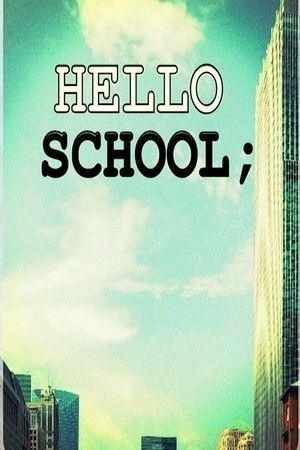