Jonathan had been driving for hours with no problems. There was nothing but dust and dirt in sight, but night was still a long way off. They should have plenty of time to find a good place to camp or a town or city.

However, it wouldn't be a good trip without problems.

It wasn't exciting trouble, like a sudden attack, or a trap on the road, nothing like that.

It was ordinary. But exceptionally annoying. In other words.

Jonathan pounded the steering wheel, as if to relieve his frustration. He wasn't surprised that it didn't work.

"Hey, that tongue. What would your mother say if she heard you now?" Roxy commented, laughing.

The vehicle wouldn't start again, no matter how hard he tried. Since the battery was dead. Dead is dead. And, as he had said before, there was nothing but dust and dirt in sight.

No towns, no charging stations along the way. None of that. And it would be that way for miles, according to the map.

Which hadn't been a problem when the damn car still worked. But now what they had on their hands was nothing more than a useless piece of junk.

"What do we do now? "Jonathan added, finally.

"The sun's hot as hell," Jamie said, "so it'll charge. But I'm not going to sit here for hours baking, waiting for it to finish charging."

And whose fault is that, Jonathan thought.

Okay, everyone was suffering from the heat, but she was having the hardest time, easily. That was because she wasn't dressed for the weather. Too many clothes, too thick.

Jonathan shut his mouth though. Honesty was only a virtue until you blurted out something the other person didn't want to hear.

"Not you or anyone else," Mary said.

"You will?" Roxy repeated.

"I've been driving for hours. I deserve a break."

"You do? I'm sorry you've been working so hard. Wanna borrow my skirt?"

Jonathan got out of the car, the others joined him, after a moment. Roxy and Mary took the right side, Jamie the left, grabbing the windows and the roof of the vehicle.

Jonathan got in behind it. And they began to push it down the road. At least it's not uphill, he thought.

They still had a long way to go. There would be a lot of uphill and a lot of downhill. Needless to say, he wasn't looking forward to it.

Especially in this sunshine. Jonathan was already looking forward to the evening, and not just because they would have made considerable progress by then.

Although the night would most likely be just as cold as the day was hot.

Pushing the car was not a big effort, not sharing it between the four of them, but it was still an effort. On top of that it was continuous.

You'd get tired of anything if you had to do it for hours, non"stop, no matter how small the task. Plus, there was this fucking heat.

Jonathan wiped a hand across his forehead, wiping away the sweat.

Time seemed to go in slow motion, but it continued its inexorable march, just as they did. Jonathan didn't measure the passage of time by a watch or anything, but by his tiredness.

And the sweat, which was also building up. His back was drenched in sweat, as was his shirt, of course it hadn't been spared.

It added to his feeling of discomfort and impatience, not to mention it was unpleasant.

How long had they been pushing the damn thing? He' d say a couple of hours. The road stretched endlessly into the horizon, on the sides there was nothing but dirt and some dead plants. So it was as if they hadn't really moved from the spot at all.

They had been very quiet the whole time, perhaps because none of them felt like talking, given the circumstances.

But that wouldn't help the time pass any faster.

As he crossed his fingers that they would find some settlement or charging station that didn't appear on the map soon, Jonathan opened his mouth.

"I love this car, but sometimes I hate it. I hate it so much."

He said, simply, the first thing that popped into his head. Hoping it would be the beginning of a long conversation. Then at least they would be distracted.

From the car, from the heat. From the fact that they were broke. Among other things.

Things Jonathan preferred not to think about.

"Yes, we should think about replacing it," Roxy answered him, fortunately. He had begun to fear that none of them would say anything, and the conversation would die before it started, with everyone focused on pushing, nothing else.

As if that would make this end any sooner.

But Roxy had saved his ass. For the moment.

"I'll remind you that we're broke," Jonathan said, smiling slightly to himself.

"Yeah, but we won't be broke forever, will we, boss? Or is it that you have little hopes for the future?"

Her comment sounded harsher than it surely had been in his ears. Jonathan pushed those thoughts aside as he tried to come up with a good response.

"Very... funny. I think you should focus more on pushing."

Not to mention counterproductive, he had started this because he wanted to talk in the first place.

The heat must have been affecting his brain.

"At your service, sir." Out of the corner of his eye, he saw Roxy drop a hand to bring it to her forehead, giving a military salute.

The other two joined in the conversation, but, unfortunately, it died soon after. In the heat, he guessed none of them felt like doing anything. Not even talk.

Anyway, a good distraction, while it lasted.

Some time later, Jonathan's hopes were still unfulfilled. They hadn't found anything and nothing had changed.

"How much longer?" Mary asked.

That was the question on everyone's mind, of course. And if the answer was "a lot," well, that wasn't going to help the group's motivation. That was for sure. But at least it was something to talk about.

Jonathan shrugged, telling himself that whatever it had to be would be.

Since Jonathan was pushing the back, he didn't have to turn his head to see Jamie. Rather, the rolled up paper she'd taken out of her pocket.

Jamie glanced at the map. After a while, this was her conclusion:

"I have no idea where we are."

They laughed. Well, everyone except Jamie herself. She remained silent and stared at the map.

Ah. I should have known better.

"Pass it to me... "Mary asked, and that's what Jamie did. Action taken without either of them stopping pushing, of course. Priorities.

"Yes," Jonathan and Roxy said at about the same time. Jamie just nodded.

Mary rolled up the map and put it in her pocket, instead of giving it back to Jamie. The girl had nothing to say about it.

The monotony of the endless road and the effort of pushing the car was interrupted soon after, but in a manner as unpleasant as the sudden stop of the car.

Down the road they were approached by a dozen guys who couldn't have looked more like bandits even if they tried. From the clothes to the guns to the tattoos.

Oh, and the smell of blood, which he doubted came from an animal. 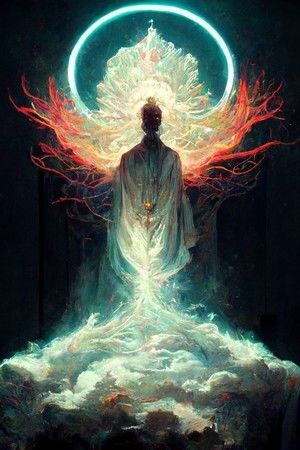