Dancing on the Edge of a Blade

Shahzadi Rouya danced on her heels, letting herself glide over the patio as she spun the scythe above her head and brought it down in a swift motion. The blade silently cut through flesh and came out the other side. She held her stance and breath, readying herself to continue with a follow up chain of motions. Her opponent gave in first and separated down the center where she'd cut a clean line through. The melon fell to the sides and dropped from the stand, spilling its innards across the patio.Bookmark here

Rouya smiled to herself and hefted the scythe against her shoulder as she strolled over to the crate of melons. The mid-morning sun beat down on her from an angle the canvas couldn't quite shield her from. She'd already opted for the sleeveless training outfit to keep cool and grant her more maneuverability. It also revealed the lashne, wings of the divine eagle, tattooed on her arms. A slow clap snapped her attention to her rear where someone had snuck up on her. She instinctively readied the scythe to defend herself but relaxed as she recognized the crimson-haired woman leaning against a pillar.Bookmark here

Only a few people could have gotten past her guards and even fewer would manage to sneak up on her.Bookmark here

"I admire your skills," Evelyn said, easing away and dropping to the patio beside Rouya. "I'm sure your father could get you a position as head chef in the kitchens."Bookmark here

"Save your mockery for another day. Tell me why you're here but don't come with my father sent you. I don't need his watchdog monitoring me," Rouya said, rolling her shoulders as she prepared to practice a few stances she read about last night.Bookmark here

Evelyn's smile widened. "Then I'll have to lie to you, princess. I came to watch you fight against melons and must admit I'm rather impressed."Bookmark here

"If it impresses you so much, then why not raise your glaive against me and see just how smooth I am."Bookmark here

"What kind of guard would I be if I attacked the person they meant me to protect?"Bookmark here

Rouya readied her scythe, aiming it at Evelyn. "What better way to look after your protege than by testing their limits? Unless you're beginning to doubt your own chances against me."Bookmark here

"Don't humble yourself, princess." A dark mist formed around Evelyn, replacing her modest clothes with armor and chain-mail. She held her hand out and snatched a glaive out of seemingly thin air. "I've bested every enemy your father sent me against."Bookmark here

Rouya smiled, sliding her right foot back as she prepared to launch her attack. "Is it true you wiped out an entire army of the pretender on your own?"Bookmark here

"I've fought many armies but none of them have been an even match."Bookmark here

"Then I shouldn't be much of a challenge for you." Rouya dashed forward, spinning her scythe in front of her in an eight-motion that formed a protective shield against any direct attacks.Bookmark here

Evelyn took a step back, launching herself to the side as she darted around Rouya. The princess reacted immediately, shifting her footing to cover the flank and block the tip of the blade. Evelyn grinned as she recognized the motion and tipped the pole around, hurling the shaft over the scythe and tapping the princess on the head.Bookmark here

Silence returned to the gardens otherwise used for relaxing walks and tea parties. Both women stood fixed, staring at each other. Evelyn actually struck out against her and while the Battle Maiden couldn't be killed, Rouya could still have her punished for the deed.Bookmark here

"Again," Rouya said with determination, leaving no room for debate. She took her stance once more and grinned. "I won't let you win that easy again."Bookmark here

Evelyn strode across the marble floor, flexing her arms. "Perhaps but for every time I best you, you must answer me truthfully."Bookmark here

"And if I land a strike?" Rouya asked, raising a brow.Bookmark here

"Then I'll let you off the hook."Bookmark here

Rouya lashed out, hoping to catch the woman off-guard but her reflexes were heightened and merely walked out of range. The princess gritted her teeth and chased after her, leaping forward in a strike that would cut down anything in front of her.Bookmark here

Evelyn caught the blade with her pole and twirled around, slamming the shaft into Rouya's back. She screamed as she toppled forward and tried to regain her footing.Bookmark here

"Sorry but I'd hate to scratch such a pretty face."Bookmark here

Rouya halted mid-step to find her heart racing, not all of which stemmed from her exertion. She straightened her shoulders and held her chin high. "Leave it to me. I'm more than capable of taking care of myself."Bookmark here

The ground began to tremble, streaks of light rippled in the air surrounding Evelyn followed by a gust that shoved Rouya to the edge of the patio. She steeled herself, centering her weight as the pressure continued to pick up. If Rouya ever wanted to fulfill her true potential, she'd have to prove to her father that should stand on her own and be able to face any opponent. Only then could she become a real summoner and venture into the Shadow Realm.Bookmark here

Evelyn moved to the princess with measured steps, each one increasing the pressure around her. Rouya struggled to lift her weapon against what felt like a hundred hands holding her down. The muscles in her arm quavered as Evelyn leaned forward, her lips coming to her ears as she whispered, "Give up yet?"Bookmark here

"This is hardly fair."Bookmark here

All at once the pressure ebbed away, catching her off balance and falling into Evelyn's arms. "Life's not fair, but I take it I won this round."Bookmark here

Rouya sparred against the Battle Maiden once more before ceding her defeat. Several bruises on her arms were reminders of just how deadly Evelyn could be if she took the fight seriously. She strapped the scythe to her back and wiped her forehead. The weather on Aequilla was mild, but that didn't stop her from breaking a sweat when up against someone in a league for themselves. "Just wait, I'll get you next time."Bookmark here

The glaive burst into a cloud of dark smoke and vanished with the winds. Evelyn brushed her hair out of her eyes and perked her lips. "We'll see about that but you still owe me a few answers."Bookmark here

"I haven't heard the questions yet," Rouya said. She marched down the small flight of stairs leading through the garden behind the palace. She'd have to cross the garden and make her way into her chambers with none of the guards noticing her. Of course, Evelyn already knew what she was up to and could just as easily rat her out to the emperor.Bookmark here

Evelyn leaped forward, landing on a hedge in front of Rouya. She crouched down, with her hands on her knees. "Why are you avoiding the celebration?"Bookmark here

"You're just not going there?"Bookmark here

Evelyn frowned. "He did have a child."Bookmark here

"With another woman," Rouya pointed out, raising her chin. She pressed on through the maze, already familiar with every twist and turn for the swiftest route to the exit. "That's two, by the way."Bookmark here

"Then I better make the last one count." Evelyn landed beside Rouya and flexed her hands behind her head as she kept pace. "Why don't you come with me? The Emperor can see that you're in safety and I can help ... distract you."Bookmark here

Rouya narrowed her eyes and gave the warrior a sidelong glance. It was the first time anyone had actually asked to do anything with her. Most people were too intimidated by her position to even speak to her, let alone ask her a question. "Well, I suppose since you gave me a better challenge than any of my tutors."Bookmark here

Evelyn paused suddenly and stared at the palace entrance where a couple made their way inside.Bookmark here

"What's the matter, you change your mind about going with me now all of a sudden?"Bookmark here

She shook her head. "That was Satrep Markus Relius."Bookmark here

"So? He's an old friend of my father's."Bookmark here

Evelyn chuckled. "He was my master during the magi wars. It's strange seeing him married to one now."Bookmark here

Rouya nudged her in the side with an elbow. "Don't let him spoil the mood. Let's get changed and start drinking!"Bookmark here

"I can't get drunk."Bookmark here

"Let's put that theory to the test."Bookmark here 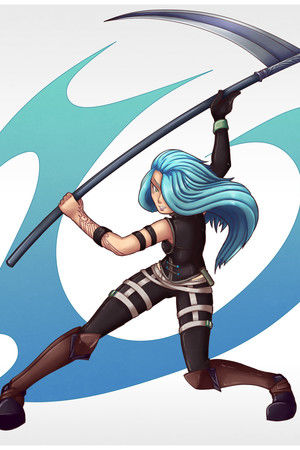