Her boobs distracted him again.

“Okay, Rule 30: treat your dearest better than your guests,” Don said. “Is that right, Heathen?”

“Hey! Aren’t you The Goddess of Justice and Love?! Watch your mouth!”

Ernest Howard rubbed his forehead with his right fingers. Again, he heard nonsense from two deities who appeared since the appearance of Everett Dungeon. He was pouring a measure of gunpowder into his flintlock gun barrel during that afternoon, but then he heard those gods’ voices and got a headache.

“So, Ernest! What will you do when she comes home today?” Don asked.

Ernest tapped his right index finger on his study table while thinking about the best course of action to execute the gods’ command. “A sweet orange juice often eases her mood after work,” Ernest said.

“Good, you know your spouse well! Well, it’s supposed to be like that. Then you don’t have much time, go, go, go!” Don said.

Ernest was a lower-middle-class man, thus his house had three floors and six rooms, and he got income from salaries or profit: he owned a gun factory, and when the dungeons appeared for the first time, he became a dungeon expedition leader and a potion ingredients seller too.

Now he was in his study room which had three tables, three armchairs, one sofa, two cabinets, and a pedestal. Ernest stood up and approached a small table near his study table. He grabbed an orange from the small table and peeled the orange. Then he cut it into the middle, pulled out its seeds with a knife, and put it on a plate: a process that could be watched on MeTube.

He cut that orange into smaller pieces and put it into a godly invention: a blender. The blender was made by Don, the self-proclaimed God of Machinery and Whims, and Ernest installed electricity in his house with Don’s revelation. Then he added water, and some oranges, and mixed them with the blender.

Without further ado, Ernest put a glass of orange juice on the dining table in front of the sofa. Perfect. And he sat back behind his study table. Then he grabbed a fountain pen and opened his notebook. “So, what do I have to write here? ‘Go, go, go’?” Ernest asked the gods or precisely, the frauds from another world.

“Of course not, my apostle!” Don said.

“You don’t have the dignity of a god, Mr. Dick,” Henrietta said.

Thus Ernest wrote the gods’ revelation in his notebook: “‘Treat your dearest better than your guests’, said Mr. Big Dick.”

“F*ck. Ernest, use my title in that sacred notebook! The God of Machinery and Whims!” Don protested.

The door was opened, and a black-haired, short woman in her 20s walked in. She was Bertha Hubert, Ernest’s wife, and a former upper-class woman who worked as a school teacher and nonfiction writer.

She was dressing like a man --- she wore a black coat, a black top hat, and black trousers and held a cane --- because of a patriarchal norm: women were domestic creatures who were wholly focused on home, children, and religion and avoided commerce and politics. Yes, she dressed like that to avoid scornful gazes. Her small boobs also helped!

Ernest closed his notebook, forced a smile, and said, “Welcome home, my love.”

Bertha was shocked: she opened her fists and put her hands beside her right ear. She then asked, “Wh-who are you?!”

“Oh, Ernest, is this the first time you welcome your wife?!” Don asked.

“And that was very awkward,” Henrietta commented.

Ernest clicked his tongue: he was irked. “I should have treated you better on those days,” he said, and then he pointed his right hand to the glass. “That’s for you.”

“Is that poisoned?” Bertha asked.

“Lady Howard, I’m your husband, Lord Howard. I do this because you deserve it. It’s a sign of my affection. Now, drink it,” Ernest asserted with his deep voice.

“Ernest Howard, ease your impatience, and let your affection guides you,” Henrietta said.

Ernest said while he looked perplexed, “I’m sorry, I just… think that I have to do this once in a while. I care about you, so what’s wrong if I give you a treat? So that’s the case.”

Bertha smiled, lifted her chin a bit, and looked at her portrait beside Ernest’s portrait on the wall. “My lord, I know you are baaaaad at courtship. But I chose to stay with you because I knew you wouldn’t hurt me, and you loved me for who I am,” she said, and then she sat on the sofa and wrapped the glass with her right hand.

“Mr. Dick. Shut the fuck up. You ruin the moment,” Henrietta said, “Oh, your name ruins everything already.”

Bertha lifted the glass and let it stay in front of her gaze for a moment. She smiled again. “Once in a while,” she said. Then she sipped the orange juice.

Bertha then put the glass on the table and took off her grey gloves. She sighed.

Ernest forgot to mix the sugar!

This was a prologue because this scene happened later in the story (around the second arc). 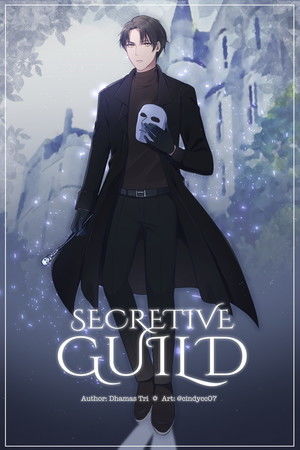