You have ONE new message!

SunG0d: Some gang i think theyre called tokyos lost ones or something

SunG0d: I love you too baby ill pick u up from work in a few. I gotta do som project 4 class first.

Built upon the ashes of Tokyo after the civilized world ended in 2082 (Seen as The Big Boom of ‘82), The citizens of Japan were lost and confused, losing communication with everyone across the world. Countrywide panic was soon to follow, beginning the Introduction Wars for power and control for lost land. A few months later, the war in Tokyo was won by a man simply known as “SLAY3R.” He had a vision in mind, using the destroyed, but advanced, tech Tokyo had to build a better civilization for his citizens. Around the same time as the rebuild began, AKMs, or Automated Killing Machines, started to reboot, turn back on. They were thought to be wiped out by the blast, but they returned with free will. Some wanted peace, some wanted vengeance. This event would be known as The Awakening of The Killers.

For the next ten years, SLAY3R would oversee the progress of his city, now called Tokneo, to be the most advanced place in the post-apocalyptic world. However, he would never see the end of the city, as he was killed by an unknown person in 2096. The city now with no leader, saw the land be divided up by the bosses and gangs of the town. The most powerful owner would be Kaos Nakamura. Leader of the Japanese Yakuza since 2094. She is currently in charge of the downtown pleasure districts and most of the east side, controlling water as well. 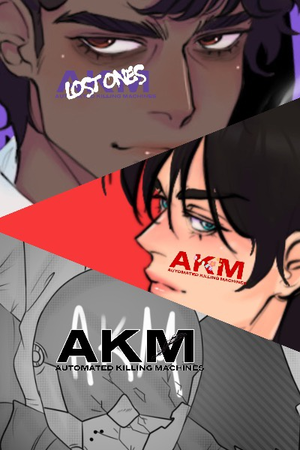