The Age of Adventurers Has Ended.

On the Decline and Extinction of Adventurers’ Guilds: A Socioeconomic Perspective

Shruti Gupta, Department of History, University of the United Republics

Under the FreeAccess Initiative, this article has been dedicated to public domain. In jurisdictions where this is impossible, the authors renounce their copyright and grant anyone unconditional rights to use this work.

From dragon slaying to herb collecting, from fighting the Demon Lord to cleaning sewers, adventurers once occupied an irreplaceable role in “human” societies. Countless bards sung of their stories, and the people were captivated and inspired by their stories of courage and exploration. From children to the elderly, from slaves to royalty, many became adventurers themselves, hoping to earn their share of glory.

From the 13th to the 16th Century, especially among the nations of the Light Realm, adventurers as a career reached its peak of popularity. Supporting those adventurers were a network of Adventurers’ Guilds, which operated in all countries in the Light Realm and, towards the end of the period, expanded to the Dark Realm as well. Along with its sister guild, the Merchants’ Guild, the Guilds were prestigious supernational entities that enjoyed considerable freedom from both the secular and spiritual authorities.

Yet, towards the end of the 19th Century, adventurer as a career became extinct, and so did the Guild. In this paper, we discuss the decline and extinction of the Adventurer’s Guild, by considering the socioeconomic conditions that led to its rise and fall.

A decade ago, On the Decline and Extinction of Adventurers’ Guilds: A Socioeconomic Perspective was published to critical controversy. While some scholars applauded for the application of socio-economic analysis to the rise and fall of Adventurers’ Guilds, others criticised the paper’s Light-centric approach to history. Critics rightly pointed out that Adventurers’ Guilds were a primarily Light Realm phenomenon, and while the Land of Eternal Dusk and the Dark Realm had independent developments, the original article failed to consider and discuss them.

To address this concern, the paper was revised first in 2004, and again in 2007. With the incorporation of additional research on the Land of Dusk’s and the Dark Realm’s counterparts to the Adventurers’ Guilds (or lack thereof), the Fourth Edition aim to provide a comprehensive picture of the decline of the Adventurers’ Guilds.

Another criticism of the original paper was that the paper failed to consider the influence of racism and religious prosecution. The 2013 revision seeks to compensate for that by adding a new section about such influences. While the revision touches on the interactions between the Church, the State and the Guild, it does not examine such interactions in detail, as previous papers such as [Drakos et al., 2001] presented in depth research of the political influences on the Guild.

We are honoured for the paper to be selected for re-publishing under the FreeAccess Initiative, and we hope the paper will be beneficial to all Kretonians. 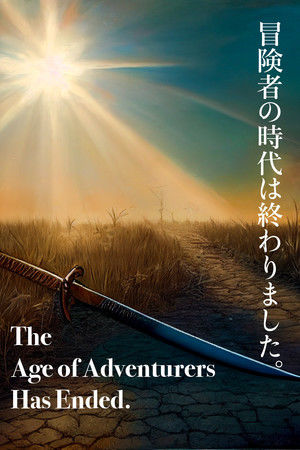 The Age of Adventurers Has Ended.