It was a hot summer day when everyone arrived to class for their first day of high school.

Most of the students in the class had already been going to this school for several years. However, I was completely new, not only to this school but to traditional schooling in general. I had lived my life in almost pure isolation, I was first a product of the now-scrapped Ideal Human Project, then I had to survive off of part-time jobs whilst I was still underage and lacked any identification.

Only last year, I finally decided to take the entrance exam for National High School. It seemed my intensive education during the Ideal Human Project paid off, as I managed to get in with a 100% scholarship and free access to boarding facilities.

After several days, I was able to tell that this school was certainly the upper-echelon in terms of education and wealth. Even so, the students of this school seemed relatively normal—well, it's not like I can really comment on normal. The school itself was as you'd expect, however, there was something that interested me.

On the first day, the teacher assigned everyone a seat.

That was when I noticed Sara Fujiharu. She was two seats away from me and between me and her sat a boy, Kazuki Afford. I didn't take much notice of them at first, for all I knew, they were just two random people. However, several weeks later, I noticed that something was distinctly... off.

The way the two of them interacted, you'd believe that they were dating. The two seemed to flirt quite a lot during class and I overheard plenty of invitations for hangouts outside of school as well. Fujiharu-san's smiling demeanour and happy-go-lucky attitude appeared to be genuine, however, something didn't feel right.

It was on one very humid day when I arrived at class and witnessed a severely depressed Afford-kun. He and Fujiharu-san didn't talk at all the entire day, at first, I believed that maybe he'd just been dumped. However, when the teacher announced that we would be changing seats, I noticed that Fujiharu-san wasn't sad at all.

In fact, it would appear that the two of them never had any sort of relationship in the first place.

Instead, she was happily flirting with the boy who had now been seated next to her.

That was when I first realised it.

This cycle went on continuously every time the seating plan was changed.

Some of the boys in the class began calling her the 'seatmate bully', however, her reputation appeared to be untarnished. For she was a genuinely cute girl, it would appear understandable to most people that she'd reject a lot of boys.

Most people chalked it up to a coincidence that it was often her seatmate who would be heartbroken.

However, I very clearly noticed this pattern.

Why was she doing this?

What was her goal?

Aside from her 'seatmate bullying', she seemed to be an honest kind person. It didn't make sense...

What was her reason... for breaking so many hearts?

Soon enough, I would have an opportunity to find out.

Usually, our teacher would reshuffle the seats every 3 to 4 weeks.

It was the beginning of the second semester.

It was just a coincidence that I was seated next to Sara Fujiharu at the beginning of this semester. I was in the seat at the very front and on the very left, seat one as we called it. She was seated to my right, with another girl on the other side of her. The girl seated on the other side of her was Karen Nakatani; she was one of Fujiharu-san's best friends from what I observed.

The teacher generally had a boy-girl seating allocation method but she would also make sure that you had at least one friend beside you—so it was more like a boy-boy-girl-girl seating method. As a result, Fujiharu would always be seated next to one boy.

In the last couple of months, I had noticed Fujiharu's tendency to break the hearts of the boys sitting next to her. All I knew was that not a single boy yet managed to survive the several weeks without falling for her. I didn't have much information on what was really happening—I could only really observe from the outside.

Now, I would be right in the middle of her attacks. 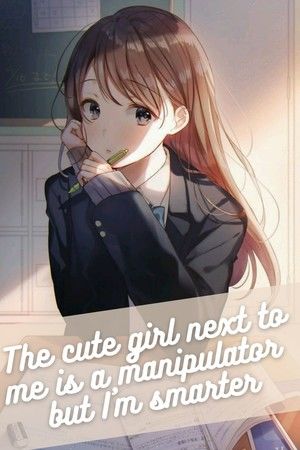