Warmer Hands than A Shoulder

While he was sitting on the bar chair, the man looked at his friend's behind. His friend was walking to smoking area slowly. He began to play with his ring on his finger. At the same time his gaze fell onto his hands.

When he felt the kind touch on his shoulder, his eyes were still on his hands.

The owner of the kind hand on his shoulder asked "He is feeling better now?".

"And you?" she asked by coming closer. With this question, the man stopped playing with his ring and turned to her.

He used to be so sad after hearing some sorrows. His close friends' problems used to make him depressed and the woman with kind hands always used to know that. So, she was asking that.

"Not bad at all," he replied and tried to smile her. Then he didn't say anything. For a while, the sounds of the glasses and the other people's voices filled the silence.

"Say?" he muttered. "Hmm?" said the woman. She came closer to be able to hear his words.

"One day... One day, would you leave me suddenly by saying goodbye and disappear? Like his girlfriend did?" he asked.

The woman didn't reply right away. This slience made the man look at the woman for the answer.

"I don't know. We don't know what the life will bring us, right?" she said. The man was not waiting an answer like that. And he waited an explanation.

"But, I don't think i will be able to say goodbye to you if I'm going to leave you," she continued to talk.

After a while the man said "Is that so..." and looked at his ring again. He was trying to understand what he heard.

The woman smiled him but he was not aware. Without taking her hand off his shoulder, she said "It would be difficult to say goodbye from my grave."

With these words, the man looked at the smiling woman. Her other hand slipped onto the man's hand. After a while she walked to where she came from, the corner of the bar.

While his friend was sitting on his chair, "It's not nice to hear the grave word from your lips," the man was grumbling.

"What are you talking about?" his friend asked. "Nothing," he replied and rolled a whiskey shot. 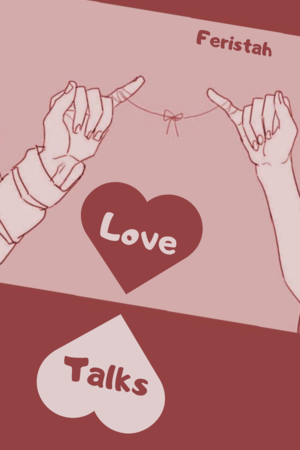