My legs were in shambles, and the precious blood my mother and father gave to me leaked out from my nose, while trying to stop the bleeding I looked up from the bottom of hell only to see the little demons who were laughing at me.

They were noxious and had a pallid look in their eyes. With their sharp red horns, the empty dark smile, They had puny bodies like 8-year-olds.

I looked behind my shoulders and was met with warm light which called out to me.

"Yuta!" The Little girl jumped, Almost pulverizing my intestine. My hazy blue eyes began to slowly open. "Yuta... Wake up, it's time to go to... school"

Flipping my head to the left "Just 5 mor-" as a strand of my blue hair is swayed away by the wind.

The girl launched herself into the air and landed on my slim stomach with both feet. "Double kick!" is what my little sister called it.

"Okay! Okay! I'm awake now Hana" I beamed while carrying her away from my destroyed self. I placed my red-headed little sister on the ground and watched as she skipped her way back downstairs.

I face-planted my face onto my noisy white bed and sighed.

I changed into my untried blue school uniform and left my apartment and my journey to school began.

There were multiple students with the same uniform that I was wearing we were all somewhat walking the same way, and in a matter of time, I finally reached my destination.

The school was extremely large compared to a football stadium. The staff members which consisted of 3rd years lingered for our arrival.

"Name?" she asked while examining my uniform with her brown eyes.

She scanned for my name on her list from bottom to top. "Ah! There you are, you're in 1-E, please join the group over there." she pointed at the group. It took a while for everyone to be arranged into their groups, people were already being friendly, while others like me, stood alone.

She grabbed her microphone "Good morning, my dear comrades, my name is Tana and I'm the student council President, I give you a warm welcome to Haru high! I'm sure you all must be tired of waiting around, so I would send you all off to your classrooms, please follow the staff members, with red shirts and your class letter, they will lead you to your classroom, I wish you all the best everyone! Farewell."

While walking down the school hallways I noticed that the school was very lavish. The hallways were sparkling. The floors and windows reflected my face as I and my classmates walked toward homeroom.

The staff member opened the doors to the silent classroom. The door smoothly shud open, as the students begin to walk in.

"Everyone sit where you want for today, let's start by doing a class introduction"

The students all sat down without a fuss, but not all did.

"uh- uh... hey mind taking your feet off the table? ketoguri...." his eyes gazed off from his enemy.

"Get lost, I own both these seats!" 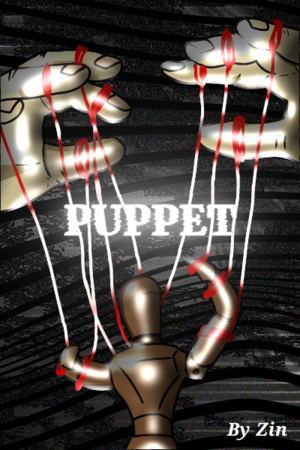