It is unfortunate, or maybe most fortunate, but I am putting this story on ice, probably permanently. I had said that the last volume, volume 6, is going to be the last, and while I was almost done with it, with only a few chapters left in fact, I decided that it will just not do. Below, I will detail my reasons for doing so as well as a bit of introspection on what I've done so far.Bookmark here

I think we can all agree that an ending is supposed to be exciting, something to look forward to, but Vol. 6 is not that. Having gone over what I've written, I realized that there was nothing fun or interesting about it and was generally a slog to read through. It would only have been a waste of everyone's time to read.Bookmark here

However, it's not just the ending. If coming up with a proper ending was the problem, then all I have to do is to rewrite it. The problem was in the story in itself, as most of you reading this probably have already known. This whole thing was poorly planned out, with hardly any planning at all in fact. I just wrote in whatever I felt like, tossing any half-baked ideas I thought up in there without thinking about how it'll fit the story and how I am supposed to bring it to a resolution. I thought that I would just figure it out as I go and turns out, it was a bad move overall, and I soon found myself spending more time thinking of ways to tie up loose ends and justify things I haphazardly tossed in than coming up with something actually interesting. I probably should have given the ideas more time, thought about it more thoroughly before commiting it into the story.Bookmark here

It was all very bad habits, habits that have never really caught my attention till now, when I'm seriously trying to complete a story. I never realized how important it is to have the right discipline when it comes to writing and that's about the only good thing I can say about this experience.Bookmark here

Another flaw I've found is the lack of world-building. The world of Elgardia was just too bland in the end. I thought that I'd fill it up as I go, but I should have put more thought into it before I even started writing. In the end, there simply wasn't much to do or going on in the setting and because of the ideas I just tossed into the story, there wasn't much I can do without breaking the premise I ended up creating. So, in the end, the story falls into the pattern of battles, preparing for battles, and then even more battles with hardly meaningful tidbits filling out the spaces in the middle. While unlike the setting, I had some ideas about where to take the characters, but due to how little there is going on with the world, there wasn't much I can do with them. Maybe I could have changed things up along the way somewhere, and I did try a thing or two, but in the end, they were half-baked, like the many ideas I've tossed into the story. And when it led up to the ending, the one thing I had planned of, it was just atrocious. Without the rest of the story supporting, the ending and the final twist I've planned felt more like a wet slap to the face than something even remotely surprising or entertaining.Bookmark here

There is no fixing this story as it is I'm afraid. Not me. I'm not that good, something that should be very clear by now. The only way I can think of is a complete revamp, change everything from the ground up. The characters I might keep, flesh them out more, change them a little here and there, but everything else needs a complete alteration. It would have to be a brand new story, one completely different from this amalgamation.Bookmark here

And so, this is why I'm putting this story on ice and I don't think I'll be reviving it, not as what it is. To those people looking forward to the ending, if you exist, I'm sorry. I rather this be remembered as a subpar, poorly thought out story than something much, much worse, which it will be should I ever complete it.Bookmark here

As for what I'll be doing. Well, I'm going to take a break from writing. Take my time reviewing what I've done wrong, about things I should and shouldn't have done, and hopefully come up with something far, far better in the near future.Bookmark here

Finally, if you've gotten this far, I thank you for your time and I am sorry for wasting it.Bookmark here

Shout out to Veekeeki: The cover you did for me was great, but frankly, at this stage I don't deserve it.
Bookmark here 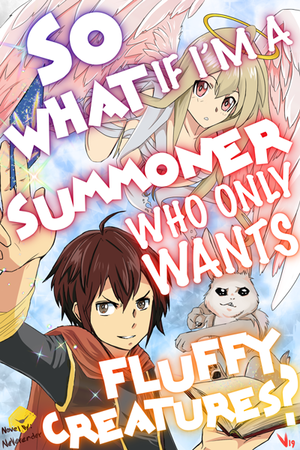