15: It was good while it lasted

It's here, that damn shitty engagement proposal is here. Damn it I knew it was created when we were just babies but did it have to come so early? I haven't made any preparation to counter this, ah I really will have to wing it won't I?Bookmark here

Our family is just catching up on the news as we have just returned from a small trip. Our first family vacation! Let's recap, it was nothing too far, just further south down the coast of the territory for winter. Of course, the Ventrellas would have multiple properties, including a beach house. Well, it's more appropriate to call it a manor. Definitely not as large as our home but substantially wealthy compared to what I'm used to in my world. Bookmark here

While our mansion isn't too far from the sea either, it was fun to go somewhere else from home too. It was a week-long journey by enchanted carriage, the best money could buy. It wasn't smooth sailing but it was much better than a regular carriage, it's absolutely necessary with my motion sickness. Bookmark here

With the carriages enchanted for stability, unnatural lightness and comfort the beast mixed horses could travel speedily. I'd say it wouldn't lose out to a standard car's speed traveling on the open road, like an RV trip! Of course, these speeds are only possible with this combination of money, connections and carefully controlled magic monster mix of this world. Most people, nobles included, wouldn't be able to enjoy such privileges even with a lot of money. Bookmark here

It's a nice perk I have no control of and might as well take advantage of. Bookmark here

While mother, Lilyanne and I relax and sightsee on the way, father went ahead with his attendants to examine the territory. He would meet up with us on certain points and nights but arranged so that he would arrive at the vacation home first to prepare for our arrival. Even on vacation, he manages to fit so much work in. It's much more economical that way.Bookmark here

While winter is not the most active season outside of the holidays and new years, father has no shortage of work to see to. It's all administrative and winter is a good catch up paperwork season. It's also appropriate enough time to see the land and people when they're hunkering down for the winter months. The stocks and storage are filled and accounted for and the various village and town leaders have free time. It's also good timing for communities to request aid or specific orders before winter hits and to prepare for the planting season. Bookmark here

Of course, we have many capable employees to communicate and do that for us but it's good to have direct experience with the people. It's based on Grampa's humble beginnings and something that Father quite enjoys after marrying over. Like a rich sheltered prissy boy fascinated with normal things, common people take for granted. Oi, my idiotic parents' marriage is beginning to make a lot more sense now that I think about it like that.Bookmark here

Grampa did not join us, he's not even in the territory I'm sure. Left a few months ago on another adventure. Bookmark here

Part of his excuse was to go contact some capable old fried about finding instructors for Lilyanne and I but the truth that everyone knows and accepts is that the man just has a serious case of wanderlust. Bookmark here

He just has to go.Bookmark here

It's already remarkable he stayed put so long around the mansion but that's only because we were born. The special circumstance of mother getting pregnant and giving birth for the first time, paired with our attempted kidnapping kept him here for nearly 3 years straight. Isn't that a record for him? I'm sure plenty of people are counting. He needs to be off on adventures, racking up crazy stories, and meeting up friends, both old a new. While his favorite haunt is up north with that stupid prince's elf uncle, no one really knows where he could be at any given time.Bookmark here

In short, he's a great and charismatic general, an even better hero, and a god awful nobleman. No sense of responsibility or follow up. The servants all laugh about how the administrative and management department people all wept tears of joy and praised the Goddess for days on end when father first accepted to be married over. Bookmark here

Something tells me it's no joke.Bookmark here

I would have preferred to go along with him but there's no way mother or the maids would have allowed it, I'm still deemed too young. And it's not like I could just sneak on a stowaway, trust me I tried. Got caught and dragged back by Mrs. Gerda astonishingly quick, even after the horses left. She's been terribly strict on me to and fro this trip, I've had next to no chances to sneak out!Bookmark here

Thank you, Ms. Gerda, but this is far too much attention. Well, it's not like I don't give her reasons to be vigilant... I've only accidentally set one fire but still.Bookmark here

Oh well, it can't be helped, next time then.Bookmark here

And so we had a lovely family trip by the southern seaside and even passed our second birthday safely there. Even though it was winter, there were many warm sunny days especially early on in the trip. While the seaside near our home was large, it was essentially a port. It has many rocky cliffs overlooking the gorgeous view below but it was still a strategically planned port with a naturally forming bay. I like our local port, it has a lot of potential for trade and commerce there. Bookmark here

But the vacation house is a proper beach all with classic crashing waves and warm golden white sand. Bookmark here

Sand that Lilyanne spent most of her time making sand....sculptures. Sure let's call them that. I tried to get her to splash in the water more or climb up some rocks to look at tide pools. While I got her to do a few more activities it was mostly foiled due to her own fear or the maids' fussiness, probably both. Well, she caught a few colds, nothing serious but it was probably for the best for her to take it easier. Bookmark here

Still it was fun to play like a normal child with no worries.Bookmark here

My favorite though had to be our visits to the surrounding town. It was a beautiful place right out of a travel brochure, with all wide white stone walls, blue roofs, and twisting seashells encrusted decor everywhere. When Lilyanne was feeling under the weather I was surprisingly allowed to tag along with father more often on his work there. He's a competent man when he's not using his foul mouth offending people. It was even oddly pleasant to spend time outside following his work.Bookmark here

Sometime we would even go down together as a family for meals or during holiday markets. Bookmark here

It was all that one would consider an ideal family vacation.Bookmark here

Maybe it's due to tagging along with the kidnapping attempt or my own more active initiative but isn't my relationship with my parents, especially father, progressing much smoother than last time around? Bookmark here

Interesting, I don't expect it change much but I would like to see how it goes. Bookmark here

Which bring us to this point, where our capable head butler Alfonso, whose been handling matters since we've been gone. He reads us the breaking news of the proposal report.Bookmark here

"A marriage! This early? Frederick darling I know I'm not as practically well versed in such matters but don't tell me it's normal for nobles to be arranging children so soon?"Bookmark here

"Unless arranged by families far prior to birth, yes this is rather too soon."Bookmark here

"Oh we must reject it, or at least stall it. It's far too early for this nonsense."Bookmark here

"Maria my love I agree with you with all my heart but unfortunately the matter isn't that simple. It's regarding the royal family of the North."Bookmark here

"I know, oh I know. Oh, where is papa when you need him?"Bookmark here

"My Lord and Lady, I've already taken the liberty of contacting the old master's contacts and count Urderidge in getting the word to him."Bookmark here

"Oh thank you Alfonso, you always know what to do. Uncle Geoff will most certainly be a help until papa comes back."Bookmark here

"It would be best to discuss the terms in person. The annual spring conference will be held in a month in the midway land and we're invited to stay in their private residence during and after. They're requesting we bring both the children, to let them and their son get to know each other."Bookmark here

"You mean pick and choose between our girls like they're calves to slaughter at the market. Oh, Frederick, I don't like this one bit"Bookmark here

"It's just a meeting my lady, surely more will be resolved with time."Bookmark here

"They're just too small be rolled up onto politics, oh they couldn't. And travelling again? We just got back. Lilyanne hardly just recovered from her last bout of illness and we're taking her to where it's even colder and harsher?!"Bookmark here

There it is, the shift in her eyes. There's something about the way mother looks at Lilyanne, to me, then back again. It's something I've been long expecting, something Rosalia doesn't really need to see but should. It's the moment where mother weighs us and chooses in her heart, though she'll never admit it out loud, which child to let go of.Bookmark here

The choice is obvious. Somethings really can't be changed.Bookmark here

I'm getting sold off again.Bookmark here 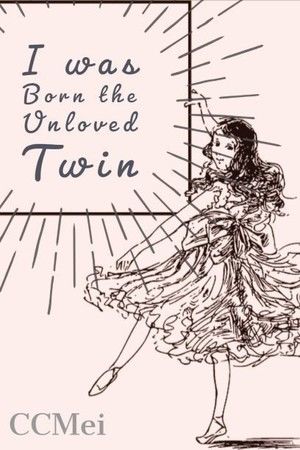