Like all of the Ogiima, Tuktuk's tent lied in the outskirts of Marunath, surrounded by a variety of makeshift refuges made by their men. The Noads were nomads, they had been for centuries, and no castle would civilize them in days. The Great Skull and his followers' stay in the castle was more of a mockery than an actual strategic resource, although its effectiveness was undeniable. Its location deep in the forests of the valley ensured no incursions from the enemy—from this White Lion—would take them by surprise, and the labyrinthian structure of the fortress itself made it really difficult to besiege.Bookmark here

It spoke of Ivernian ingenuity as much as it spoke of the Great Skull's mighty army.Bookmark here

Nanna stepped into the tent, passing next to two hulking Skull warriors who looked at her with slight disgust, something that she had numbed to over the months she and her men had been part of the Noad army. Bookmark here

Inside, the tent was decorated with beasts' hides, thick winter coats the Noad Ogiima of the Iceskull clan had brought with him, as well as some he had already tailored. There, at the center of the large dwelling, was Tuktuk as he revised a map with several pieces. As Nanna approached him, she saw nothing new on the map—a simple iteration of all armies on both sides. The intelligence on the Ivernian resistance was good, basically because there was none to explore. All the White Lion had was about four thousand strongmen, perhaps women, and the feeling of defeat at his hands sickened her again.Bookmark here

"My lord Iceskull," she said with a bow of reverence, "You summoned me."Bookmark here

"Indeed," he said, his eyes fixed on the battle plan, he then walked to the other side, where the mountains were depicted with white inking, "the Ivernians had learned one thing, that's for sure, that they can fight us with enough cunning and valor. Those mountains they hide in represent our main obstacle to finally control the entirety of the valley and grant the Great Skull his chance at penetrating further into Ivernia. It's all there, it's so simple."Bookmark here

He grimaced a piece symbolizing the White Lion, tainted with despair as he twisted it and threw it to the side with angered strength.Bookmark here

"Why does this little cub of a man keep stopping us!"Bookmark here

Nanna kept silent, knowing she was better off like that.Bookmark here

Tuktuk collected himself, letting his wise and experienced side take him over again, yet the Seird girl knew that as much as the old man outwitted the average Ogiima in the Skull Horde, he was still a Noad to the core, "The Great Skull has instructed to us to attack the village to the South of Marunath, and I believe he made clear failure was not an option this time."Bookmark here

"It was crystal clear, Iceskull."Bookmark here

"The moment we mobilize our forces, the White Lion is sure to come, he likes his little valley, it's his territory. If he opposes our little hunt, then I shall meet him in battle."Bookmark here

"I'm afraid the simple sacking and burning of a village will not please the Great Skull. I see his greater, deeper vision, he wants to lure the leader of the resistance, and he wants me to kill him."Bookmark here

"My chief," she began, "if you fight him, it is likely that you will —"Bookmark here

She then felt Tuktuk's club, crowned with sharp edges of steel, on her neck.Bookmark here

"For your sake, do not finish that sentence," he said, glaring at her for the first time, "You don't seem to see the gravity of the situation, little fox. Should I fail to kill the White Lion during this attack, all my property, my men and belongings, will be seized by the Ogiima that can fight for it in a duel, it is the tradition of the Skull clans, and even if you are not part of us, you are part of what falls into 'my belongings', and only the spirits know what they will do to you. Perhaps you will end up as part of the cadre of the Blackskull himself, but I don't think you will survive at the shadow of his good side."Bookmark here

Nanna remembered the cold, bloodlust eyes the Great Skull used to inspire fear among his chiefs. She shivered as she covered her belly and chest with insecurity.Bookmark here

"Yes, that's right, little fox, I brought you in and saved your clan from destruction because I saw your little antics as a witch to be useful, and useful it has been, I know when to commend a good skill. Still, it has born no fruit regarding our longed seizing of the pass."Bookmark here

"What is it that you want me to do, Iceskull," she asked.Bookmark here

"You? You will target that accursed Skybreaker the White Lion decided to reveal to us this late in the game."Bookmark here

Nanna's gaze darkened, as she considered her master's idea. "What do you want me to do with him."Bookmark here

"Kill him, of course, bring me his head, or else the Great Skull will behead of us both."Bookmark here

"You saw his capabilities last time, chief, you expect us to face the White Lion and that new foe in open combat? We will have no support from the rest of the Horde this time, this is no battle for the valley, it is a simple raid—"Bookmark here

Nanna felt Tuktuk's fist burying in her face, propelling her slender body towards the end of the tent.Bookmark here

Her disoriented eyes glared at the Noad Ogiima, who looked at her menacingly.Bookmark here

"Perhaps I should kill you right here and then seal my fate, witch."Bookmark here

"I apologize, my chief," she mumbled, trying to get the words out.Bookmark here

"Now, if you have finished with your insecurities, let us discuss our plan for the raid."Bookmark here

Nanna stepped up as soon as she could, her fear of another mortal punch desecrating her face as a clear motive. Bookmark here

However, the fact that she was to face the Skybreaker—a name given to that man who had projected a beam of pure light towards the sky, frangmenting it in the process, called out to a nameless fear inside her heart.Bookmark here 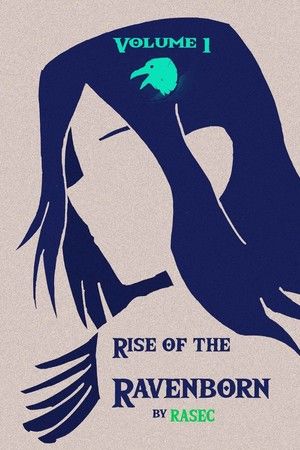