I winced when the nurse lightly touched the bruise on my arm. "You should be fine, it's only a little sore that's all." Mrs. Yuuki said sweetly. "I'm going to let you rest for an hour or so." After a few minutes the door opened and in came the one and only, Heath Moore. I looked down to avoid eye contact. "Oh! Heath I'm so glad you're here! Could you stay with Aroku-kun for a little? I have an appointment with someone very important and I'd hate to leave Aroku-kun alone." Mrs. Yuuki said. My head quickly shot up when I heard this and I began to look at her with pleading eyes while begging inside my head for her to not leave me with him.

Heath gave a soft warm smile and looked directly at me. "Of course, Mrs. Yuuki." Mrs. Yuuki thanked him before leaving out the door. I sat on the medical bed and looked down at the floor silently. I didn't know what to do. Heath walked towards me slowly, and smiled. "I'm Heath, what about you?" He asked while waving a little. I just sat there and looked at him. I haven't spoken to anyone in a long time, and I wasn't going to start now. I could feel myself blush as Heath bought his face closer to mine. "It's fine if you don't want to talk to me."

It's not that I didn't want to talk to him, it's that I couldn't. I just don't talk anymore...and I don't know why. Heath bought his face closer until he was practically whispering in my ear. "I would really like it if you would come and watch my soccor practice today, Aroku?" I blushed even more when he said this. I nodded my head slowly and figited with the sleeves of my sweater. Heath's face seemed to light up when he saw my answer. The next thing I knew his arms were wrapped around me and I was being embraced in a warm hug. This was my first hug in a long time. Heath pulled away a little. "I'm sorry, did you not want me to do that?" He seemed worried as if he'd done something wrong and was regretting it. I shook my head. He let out a sigh of relief. "So does that mean you like my hug?" A bright red blush instantly appeared on my cheeks.

I quickly looked down and began figiting with the sleeves of my sweater again. I slowly nodded. Heath seemed really happy to know I liked it.

Suddenly the door opened and in came Mrs. Yuuki. She smiled and handed me and Heath hall passes. "Okay, I'm going to let you go for now as long as you're not hurting anymore." I knodded to her and got off of the bed. Then I headed out of the room following behind Heath. "Me and some friends of mine will be practicing outside on the field, so that's where we're going." Heath said. I continued to walk behind him as he guided me to the field. When we finally made it, Heath was greeted by several guys. I sat on a bench as I watched them practice, but I mostly watched Heath since he was the one that really seemed to keep my attention.

When practice was over Heath came to the bench where I sat and his friends followed. I watched them talk and congradulate each other on their practice success. Soon Heath made his way from his friends and sat next to me. He took a sip from his water bottle and smiled. He then held his water bottle close to my mouth. "You should drink something, it's really hot, you know." I blushed as he put the water bottle to my lips, and I drank slowly.

Is this a kiss?

A/N: Haiii! I hope you all liked the first chapter! I wanted to say that I'm starting something new! In every chapter there will be a link and title of a song I would like you guys to listen to while you read! I just want you guys to experience the magic of the music I love! 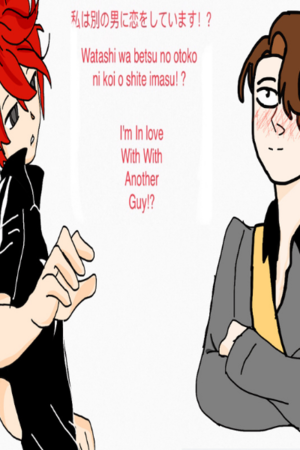