Once a normal world, devoid of any supernatural happenings, something changed around the winter leading into the year 2020. Slowly–while on the road to adolescence began to experience strange things, such as objects they touched turning to liquids or they gaining the ability to produce and control elements, like fire. Bookmark here

When doctors examined the recipients of these symptoms–they all had one thing in common, recently having breakdowns or going through a mentally and emotionally straining event.Bookmark here

Through further research, it was discovered that the stress build-up made their brains emit an unknown chemical. As most called it a disease, it was given the name ‘Pathogen’, and the abilities, along with those wielding them, were deemed ‘Paths’ and ‘Pathos’ respectively. Not only were they given a Path, becoming mutants, but through getting acclimatized to it, their bodies formed exoskeletons that blunt weapons and strikes could only hope to scratch, making them many times more resilient than a normal human. Unfortunately, before gaining control of their Paths, most Pathos ended up causing mass pandemonium. Crumbling buildings, fissures, and floods, among others. Seeing as they had no way to properly develop their newfound power, a decision was made. Bookmark here

To prioritize the safety of non power users-labeled “Norma”, a man named Shin Gou, along with the help of a company called Meichi INC’s technology got the Japanese government to agree to the construction of Capital city, an infrastructure with a boarding school system that educates Pathos on how to better control their growing strength through battle and supervised study was built on the Pacific Ocean off the coast of Japan. During this, Yen was done away with for a new currency, “glint”.Bookmark here

Invitations to attend were given to every Pathos that Shin could track down, gathering a sizable amount of students from all over the globe. There are only two problems with the City: the Pathos who abuse their power, defecting to crime...and the fact that the city has a monarchy with a sickly ruler.Bookmark here 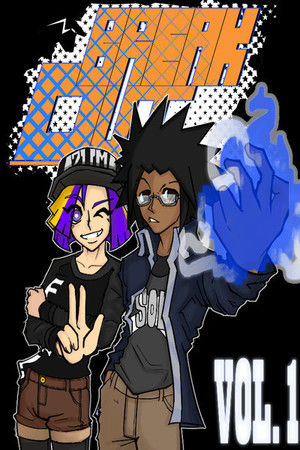