It's pitch black, almost impossible to make out anything other than his silhouette. My body floats in the air, my weight practically nonexistent. It's that dream again, isn't it?Bookmark here

A sole beam of light protrudes from the ceiling, piercing the cloud of dark obscurity that looms down below. Directly underneath the beam of light stands a man, a goliath of a man with skin and hair as white as snow. Clad with only a black cloth around his waist, he looks down on me with eyes darker than the space outside of the light's reach. I can't call out to him, nor can I move. I am merely a spectator of the events soon to come. Bookmark here

His breaths are erratic and shaky, his massive body trembling with every exhale and inhale. He speaks with a voice rougher than pavement, his words in a language I'm not familiar with. Picking me up in the steel bars that are his arms, I look up with a hard squint in my eyes, the golden light above almost blinding me entirely. Bookmark here

Falling from that very light is an orb, swaying left and right as it floats down like a dropped leaf in autumn. The man pays no attention to the orb above him, rather, giving all his attention to me instead. Though it's hard to see the emotion in his eyes, he appears sullen, a painful smile on his face as he caresses my head. The orb reaches to our level, but he doesn't bat an eye at it until it finally speaks.Bookmark here

"For what reason have I been summoned?" asks the orb demandingly, dimming and brightening with each syllable it speaks. The size of a grapefruit, it bobs up and down rhythmically, radiating a divinely gold glow. For some reason, I am able to understand what the orb says, their words distorting themselves in my ears until my brain can begin to comprehend them.Bookmark here

The man's words, however, remain spoken in the same language as before, speaking in a way that makes me think he's already acquainted with the orb. Bookmark here

"Yes, I'm aware," says the orb as it floats itself towards me. "The effects on this plane for a Death Whisperer to not blossom into their full potential are unknown, and it must remain that way. I must thank you for bringing them to me instead of the others - like this, I'll be able to watch over him myself."Bookmark here

Miraculously, I catch pieces of what he's saying, everything that I don't catch remaining clear and undistorted. "...for the best... please protect... my... son..." Bookmark here

"Why of course, you mustn't worry about that. He'll be of age by the time they can reach him, and by then, I'll be sure have one of mine to protect him. His safety is of no concern, but I advise you to not get your hopes up for a fateful reunion. After all, it is up to him whether he'll come back or not." They gently graze above my chest, a soothing warmth enveloping my torso and face. Bookmark here

Inserting themselves inside my body, my chest burns from within, a fire roasting the hole in my chest. It hurts. It hurts so, so much, but not a tear falls from my eyes, nor a cry pours out from my mouth. There isn't a wound left on my skin when they're fully inside, but their presence is definitely felt. Light protrudes out my skin, slowly seeping out my eye balls and blinding me, and before I can realize it, I am no longer in the large man's arms. The heat becomes unbearable the more time passes, and I can't tell how long it's been since my vision became impaired. Everything is white, until it finally isn't. Bookmark here

The sky is dark and cloudy, a sheet of black covering all space above. My body finally responds to my commands, but what I'm controlling is the body of a baby almost, my legs not capable of producing enough strength to walk. Turning over from my back and on all fours, I find myself in a plain of black grass as far as my eyes can see. Bookmark here

Speaking from inside me, the orb speaks again, their words reverberating through my organs. "Can you hear me? I hope so, because if not, this will only be time and energy wasted." I couldn't tell what gender the voice was previously, but the femininity in their tone is clear as day now. "I'll ingrain these words into your memories with the best of my ability, so do your best to pay attention. The life that you are currently living is temporary. Whatever peace you've experienced while on Earth, be sure to reminisce fondly on those moments when the time comes. Disorder is inevitable. What doesn't belong in one world will be brought back to the other."Bookmark here

They sound as if they're speaking from all directions while at the same time only coming from in me. I can understand each word that they say, but nothing of what they say makes sense. It's all a dream. It's all just a dream.Bookmark here

"Take my words to heart, Murama. Don't get comfortable with the monotony of human life. Destiny will take its course, and the strings of fate will pull you along whether you want it to or not."Bookmark here

Everything after those words is a blur, fragments of experiences that I can't seem to recollect. A childhood lived that I can't remember. Is it even mine? Bookmark here

I don't want to think that this is more than a dream - perhaps I've severely underestimated my imagination - but I'd be delusional to think that there isn't some deeper meaning to it. There's a storm brewing where I can't see it is what I'm thinking, a storm that I have no way of preparing for. It'd be nice if I had a date to look forward to, but of course, that's too convenient. All I have are these dreams, dreams of a golden orb going into my body and talking to me.Bookmark here 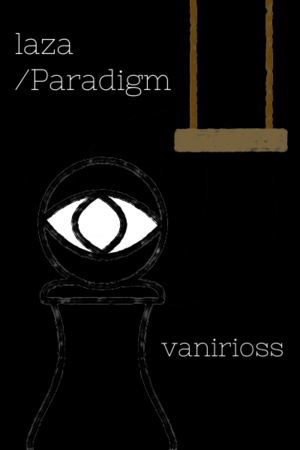