A gunshot sounded and hit a deer walking on the road in a town that had long since died from a major war that occurred 5 years ago.Bookmark here

"I think it's enough for a while". A man picked up the deer that he shot, the man was named Micah, he was a former soldier who had survived the catastrophe of war. Micah took the knife out of his bayonet and started skinning the deer he had managed to shoot and then chopped off some of the venison so that it could be inserted into the meat bag.Bookmark here

After putting the venison into the bag, he continued his journey to find items that could be used for his daily needs, while walking he looked at the ruins of an office building that had been destroyed due to the attack from the bomb that was dropped from the plane.Bookmark here

He imagined the state of war at that time, along with his platoon evacuating citizens who were trapped in the city attack, the city of Amalandeus was a large city and the place of many races in this world, starting from the human, demon, and half-human races.Bookmark here

The war broke out 5 years ago due to the extraordinary intervention of the Demon race association in the world, that's a little cause that Micah knows about the war 5 years ago due to the intervention that ignited a nationalist fire among the Demon race which made all the leaders of the Human race including the Holy Country of Eendarion declare Holy Wars against the demons.Bookmark here

"WHY WE ARE NOT PERMITTED TO EXIT!".Bookmark here

Nor is it our desire to detain all of you, this is all an order from the higher-ups of this country we are only doing our job as patron members of this country- thought Micah because whatever happens, he is just doing his job.Bookmark here

"We're part of the country too, let us out! We have to save our family" — the demons started taking repressive measures to try to get out.Bookmark here

[The humans have been evacuated, sir! Permission to carry out the next order]Bookmark here

-What the hell is an execution order! Did I hear it right? - In Micah's mind began to mix feelings of tension and disbelief, even though what he had been doing was protecting not ending, after hearing the order he thought that anyone would be anxious to hear it, everything he had been protecting had to be protected. Destroy.Bookmark here

"Permission to ask sir! What does it mean by the command that we must execute them? Aren't they also citizens! " With no intention of offending the superior in front of him, Micah began to express his anxietyBookmark here

"We have to evacuate these people, let me lead my troops to evacuate!"Bookmark here

"PERMISSION IS NOT GRANTED!". Even though Micah's plan to save them is useless - what does all this mean? Why are you acting arbitrarily with the lives of sentient beings, we are protectors, not destroyers-.Bookmark here

"Looks like you heard the radio talk earlier, then I ordered you to shut up and just watch, I don't want my subordinates to think about the worst, but because you've heard it then I can't allow you to be here again, this is a direct order from my superior. Can do much, if you think this task is very hard on your mind, then I suggest to lower your weapon and start praying! ".Bookmark here

Wait a minute, what do you mean? I really don't understand- Micah immediately fell silent and couldn't move, at the same time the command 'SHOOT' was spoken from the mouth of the captain who had received orders from his superior.Bookmark here

Within a few minutes the sound of the gunshots took place, Micah could only hear the sound of the gunshot languidly silent, until finally, about 30 minutes the sound of the gunfire started to stop. Micah started to look back and saw the bodies of demons covered in blood lying in the Town Square which was protected by the Mecha Barrier, - what the heck, aren't they living creatures - the captain who ordered earlier patted Micah on the back and whispered "SENBU SITA VICIRESCA!" - Instantly Micah realized that was the motto of his troops 'SENBU SITA VICIRESCA' 'Everything Will Pass'.Bookmark here

Remembering all those terrifying memories, the hair on Micah's neck stood on end, a feeling of annoyance flashed through his eyes like he was ready to kill anyone who intruded his net today.Bookmark here

Micah continued his journey when he arrived at a ruined apartment. -it seems like a lot of things can be used here- He decided to enter the ruins when he was already in there he looked around the ruins which were quite clean, this is quite strange for a ruin that has not been inhabited for a long time, these ruins should have been mossy for a long time if Not liveable.Bookmark here

He decided to go further, after going any further blood started appearing around the walls, and there was a corpse holding the key, Micah was immediately alert and took out his Garand rifle to stand guard, he examined the corpse and it seemed the corpse had just been killed, corpse It is a Demon who looks like an adult woman in her 30s, Micah also prays for that mother, she also explores further hoping that she can avenge the cause of the death of the Demon who died while carrying the key that was held by the mother earlier.Bookmark here

After a while he entered, as his hope was that a mutant dog was quite large eating a corpse on the floor of the room, Micah immediately took out his gun and pointed it at the mutant dog, the dog realized it and immediately hit Micah -Shit- Micah pushed the dog with the end of the butt weapon, made the mutant dog falling to the floor, when the dog fell Micah shot the dog's head twice.Bookmark here

"Feel the wrath of the Gods, stupid dog!". He was satisfied because it looks like he managed to get revenge on the corpse of the Demon's mother, Micah also saw the pile of corpses and examined it, although the object no longer seemed to exist he knew that the meat eaten by the mutant dog was a Demon who was probably the husband of the mother's corpse. Earlier, - it looks like this damn dog initially attacked the wife then the husband managed to kill 2 of them and the one who attacked the wife was diverted by the husband but it looks like he didn't succeed and instead became his food, the wife also seemed to run out of blood and died, - Micah made Such a whistle from initial observations he examined the corpse of his wife and saw the carcasses of 2 other mutant dogs in the front yard of the apartment.Bookmark here

After a while looking for supplies Micah decided to get out of there, almost immediately outside he dropped the key he had taken earlier, - ah yes I forgot this, - Micah decided to return to be able to use the key while looking for a door that could be opened with This key, suddenly the sound of a baby crying appeared out of nowhere, after a while, Micah looked for the source of the sound, he found a door hidden under his feet.Bookmark here

"I think the key is for this."Bookmark here

Micah used the key, and sure enough that the door down was opened, the sound of the baby's crying was getting louder, Micah tried to go down, and he saw the bassinet in which there was a baby from the Demon Race, -it looks like the couple was protecting this-. The baby was quite beautiful with her red eyes and slightly pointed teeth and slightly pointed ears, showing that she was a baby of the Demon race.Bookmark here

Micah examined the baby, -ah, a baby girl-, after examining the baby he realized that the baby was a girl, Micah put the baby back and saw a piece of paper near the bassinet table.Bookmark here

I DON'T KNOW WHO YOU ARE, BUT IF YOU READ THIS, PLEASE!Bookmark here

PLEASE SAVE OUR GIRLS! I CAN JUST ASK FOR THISBookmark here

AND I BEGGING ON YOU! PROTECT THIS CHILD.Bookmark here

WE CANNOT BE HERE ANYMORE AFTER THIS, WE KNOW YOU ARE THE SAVIOR!Bookmark here

SO ONCE MORE HELP OUR GIRLS!Bookmark here

That's what the letter sounded like, Micah remembered for a moment his past with the Demon races, the guilt he had lost reappeared, the words from the captain began to feel very sensible 'IF YOU CAN'T, THEN LEAVE'.Bookmark here

- I'm sorry - the words flashed through his mind, as soon as he wanted to shoot, the baby stopped crying and grabbed the tip of Micah's gun. The baby was seen laughing playing the gun, Micah was silent for a moment seeing the baby.Bookmark here

"I think I'm crazy, why are you looking at me with such joy! I've killed your race more than half! Why is it like you told me that you are the one who will erase all those memories!".Bookmark here

Micah talked to the baby, even though he knew the baby couldn't answer or understand what he was talking about, -you are troublesome- the baby smiled at Micah, he took the gun away from the baby and put it on his back again, 'I know that I'm not Can do this but at least give me the strength to take care of you, as one of my punishments for what I did in the past '.Bookmark here

He also carried the baby, Micah decided to take care of the baby as a punishment for what happened in the Town Square of the city of Amalandeus, 'Ah yes, what's your name?'. Micah reads the abandoned letter hoping to find the baby's name, but what he finds is a note left on the back of the letter.Bookmark here

PS: WE DIDN'T FIND A NAME FOR HER, THIS IS A PRIVILEGE RIGHT FOR YOU, PLEASE GIVE A BEAUTIFUL NAME FOR OUR CHILDREN.Bookmark here

Ah ,,,,, again as if their foreheads determine the fate of this child, Micah thought what if the bad guy who found this child, a little sense of calm in Micah's heart because he found her first.Bookmark here

Micah talks to the baby, who is currently named Serena, it seems Serena also understands what Micah is talking about, with a baby girl smile she replied to Micah's answer, Micah smiled too.Bookmark here

After a while, Micah and baby Serena came out of the apartment, "do you want to go back to my place, Serena?". Serena laughs like her baby, they continue on their way to the base of the survivors of the war, where Micah and his friends start life after the great disaster.Bookmark here 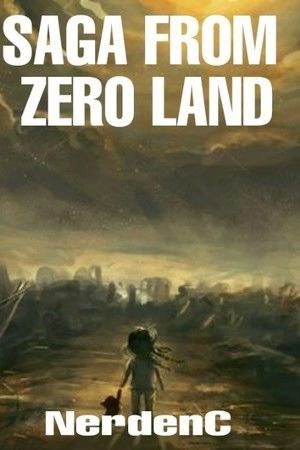