There's been a lot of times when Xavier hated being the director of the Academy and today was when that hatred was at its peak. He yawned, quickly flipping ream after ream of reports compiled over the past few months. The Academy teams were having a tough time completing loads of missions being thrown at them by the Guild.

However that was the usual procedure; if they have to survive as Mage in the future, they will need to endure this. He looked at the finished bundle of mission reports and sighed.

"I am going to get another box," he said to the clerk sitting in the opposite corner of the room and rummaging his fingers on the typewriter paying little or no attention to what was happening around. He glanced at Xavier and nodded.

Xavier quickly organized the reports, placed them in their box, and made his way to the bottom floor. The Guild kept their records safely in the basement of the administrative building; inside a well-defended vault. He stumbled on the last step of the stairs. Damn thing. He frowned as a bit of dust fell from the ceiling. Vibration shouldn't follow down below. Odd he was at least ten feet below ground.

Xavier shrugged and made a mental note to ask one of the guards if something was wrong. He turned the doorknob and stepped into the hall that led to the first of the many vaults.

He stopped, eyes wide with cold, roiling fear in his gut. It was so visceral it was as if he had been stabbed in the guy with a sword of ice. A single woman stood at the end of the hall, near the locked door to enter the next section of vaults. The person looked young and short wearing a mask resembling an owl.

But it was the brown cloak emblazoned with half Massaro that struck fear into his heart. Xavier remembered the guild's recent report. There's a rebellious terrorist group who call themselves Ashuras and wear the half Massaro symbol.

"Finally here you are," the person said in a lyrical tone with her arms up as she grinned at the file. Xavier couldn't see the filename but anything a terrorist group will pick up will definitely be bad news.

Xavier was trying his best to slowly and steadily turn around and return above ground to regroup with others. Just as he thought he was safe a sing a song voice came from behind.

"Hello there—" the young girl said. Xavier ran. He ran as he had never run in his life before. Drop the box, turn, out the door, down the hall, to the stairs, one step, five, eleven, second floor, and—

Xavier threw himself to the side as a barrage of arrows formed of fire tore through the air. he pressed himself to the wall, cursing himself for not wearing his robes.

"That's not very nice," the Ashura member said in that sing-song voice of hers.

Then she began to hum. Xavier didn't know why and he didn't want to find out. Instead, he wove a quick few runes in his hands. His hands started to glow red-black with mana. He darted forward, crossing the gap in an instant, and took a swing at the girl's neck. She leaned backward, casually avoiding the attack, and continued to hum a lyrical tune that reverberated through his mind.

Xavier looked up to see a wall of dusty air part around the girl and slam into him. He raised both arms across his face and chest, blocking the worst of the damage, but still felt blades of wind cut his legs, stomach, and arms.

Tch... This is why I hate wind users. They always have to cut my skin…

"Do not be so sloppy," She said smiling evilly as her eyes sparkled with amusement. " Let's play more. I want to play with you. What should we play next? We just played tag and I won…"

She paused thinking of the next game to play.

"There's no time to be playing around Marianne" another voice echoed through the hall.

There's more of them

Xavier already had his hands full with her. He frantically looked everywhere to spot the other guy and then he saw it. With its long, earlike tufts, intimidating yellow-eyed stare, and deep hooting voice, it emerged from the shadows. It was a Great Horned owl. He could feel immense Mana radiating from the owl.

It isn't unusual for Mages to have beast as their partners but for the beast to have Mana more than his master and also those yellow eyes they were the same as the girls.

The duo's pupils opened wide as they saw through the darkness.

"WHY? Why? Why?" The girl complained like a little child. " I just made friends with that guy and we were having so much fun. Why don't you ever let me play Olav!! You big Owly meanie"

The owl's pupil retracted as he screeched in anger. His wings slapping the girl's cheeks.

"Do you want him to scream at you for not completing your mission properly!"

"B-B-but... I wanted to play" she said making the innocent puppy dog eyes as a single tear rolled down her cheeks.

"That won't work on me. We are leaving now and if you don't listen to me I will roast you alive and eat you here"

This scene would have been funny in different circumstances but at the moment Xavier could only feel horror. He took a deep breath and started to analyze.

Marianne and Olav—that was their names. Now, their abilities. Marianne possessed Fire affinity as well as Wind, probably at least two more if she is a member of Ashura’s, and appeared to have some unique form of an auditory spell. Olav possessed an immense amount of mana and for skills it was unknown. Xavier took a deep breath to steady himself. He secretly started to etch seals in his arms.

"Don't bother" Olav said with a hoot. " Consider yourself lucky that she didn't kill you yet"

On that note, Marianne slapped the owl.

"You big stupid owl. How many times have I told you not to scare my friends" she said and bowed down in Infront of Xavier.

"I am really sorry for his behavior." She apologized doing a dramatic bow-down pose. " But but but I had really fun playing with you. My name is Marianne Xenophus and this is Olav. I will need to leave now but let's play more next time."

She smiled happily as she waved Xavier goodbye. She snapped her fingers and everything changed. The entire hall disappeared and there was the only chunk of rubbles everywhere, a large hole was made in the ceiling and he could look at the white winter clouds above.

Tsk... she even knew Illusion. What kind of monster is she?

There was a brief pause before all hell broke loose. A shockwave passed through the entire island in the form of an earthquake shaking the destroyed basement. Xavier had to hold the destroyed handle of one of the vaults which were lucky enough to have survived the girl's onslaught.

The girl was fast; her speed was something that even his eyes couldn't catch. Just a second ago she was here and now she was above bickering with her owl. She once again turned back and glanced below at Xavier. She smiled once again and waved her hand as if to say bye.

And then she was gone. Disappeared into oblivion. Was it spatial affinity; Shit I don't want to know anymore? That monster.

He heard the door at the end of the remaining hall behind him open and knew reinforcements had arrived. But the moment they entered Xavier saw their faces; fear was etched on their face and their bodies were shaking with dread.

"What happened?!" He asked in his authoritative tone.

He didn't wait to listen to the forsaken tale instead he pushed them aside and rushed upwards towards the street.

His eyes widened as he saw the entire block of the shipping district falling apart as the fire burnt through them.

Xavier had never seen the Rasper in ruin in his life. He had only heard in the stories about the great attack on Rasper during the sixth Inter-Continental war. He had hoped to never see his home in such a state. Alas, fate was a cruel mistress and had other plans.

For him and his home. It was chaos. Pure and simple. Explosions and fire did that to people who, for some of them, had never seen a true battle before. For others, it was a reminder of the harder times. A reminder of the Sixth War. A reminder that no matter how much we try there will never be true peace.

An explosion rocked the already burning Shipping District. He peered up at the sky only to find a bright orange projectile fall over the ruins of the harbor.

"Sir!" The guards exclaimed as they ran over to check on him.

"I'm fine," Xavier assured. He was clutching his abdomen to soothe the pain whilst healing his injuries with Mana at the same time. Healing isn't an easy task; it's considered one of the toughest art of Magecraft. It requires harmony of the seven elements at the same time and if you miss the connection even once your spell will backfire and the injuries will increase.

And yet Xavier had no difficulty in performing it.

"What's the status on the harbor?" Xavier asked.

"Didn't I stationed a team over there today?" He asked. "Which team was it again?"

"It was the Devil's team" the bearded guard answered.

"This is all because of him. If he wasn't there we would have never been attacked" the younger one continued with him.

"Silence!" Xavier thundered on them. "If you think like that then you all are not even fit to be a Mage"

The duo hung their head in shame. This is what happens when people who have only heard of wars and crises in stories face the reality. The horrors of an attack. Xavier wasn't doing any better, his encounter with the girl in the basement gave him chills and he is sure she will continue to haunt him in his dreams. 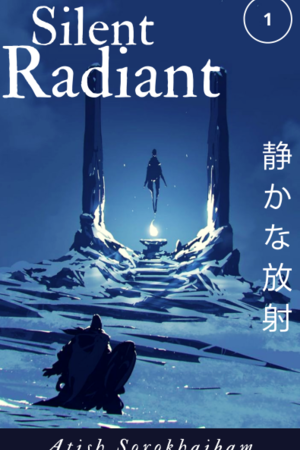