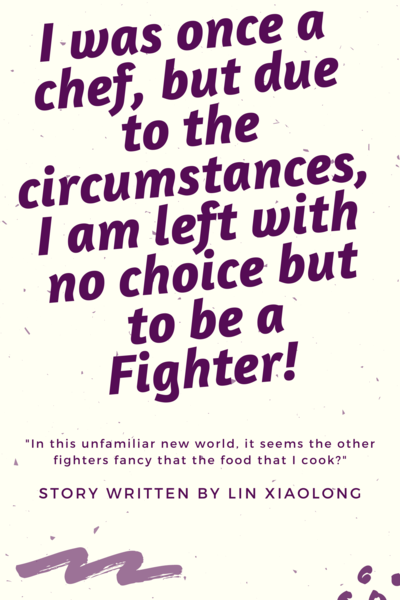 A man could plan all he wants, but a single decision could destroy it.

A young man who reached the peak of the culinary world ironically found himself in another world after an accident during the cooking show he supposed to be a judge for.

In this world, he found himself to be stuck in an Academy whose sole mission was to create the best 'Fighters'.

MC: Rather than an Academy... isn't it more accurate to call it 'Labour Camp'?!