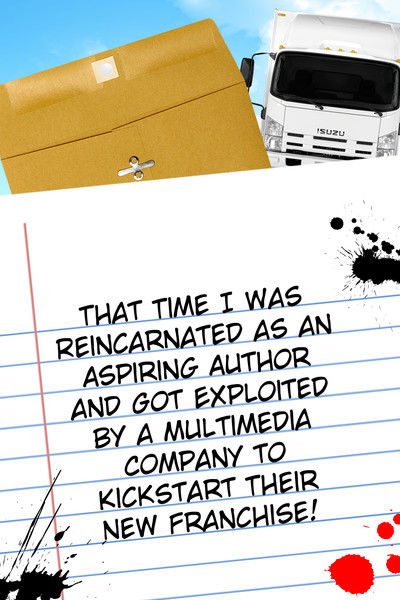 27 year old Thomas Lane is stuck in a dead end job until he is suddenly hit by a speeding truck and transported to a different world as a 16 year old student in Japan with the ability to write novels that engage audiences worldwide.

There's only one problem: he didn't read the contract he signed with the publisher and now the company owns everything, including him!

Now he struggles to keep up with the publisher's ludicrous demands for sequels, prequels and spin offs as he tries to maintain not only his new identity as a high school student, but also his sanity.