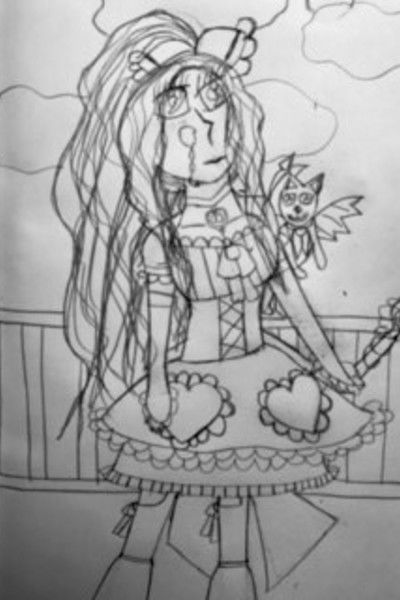 My name is Nana Miyuki and I have a secret! I look like a normal Japanese schoolgirl, but I protect my city as a Magical Girl! I made a contract with an Akuma cat, Kyuu, and he gave me real magical powers! I have a wand, frilly costume, and everything! I fight monsters from another dimension that want to steal the life force of humans to power their homeland. It’s like something out of the anime I watched as a little girl! But lately, something more “normal” has taken over my city. A brutal serial killer is murdering innocents and a creepy man in black has been haunting me on the job. Does he know my real identity? Is he even human? Why are all these killings happening? How is the killer getting away? Are they the weird, dark magical girl whose energy I sense hanging lingering at the crime scenes? Aww, I was promised a fun, happy tenure as a Magical girl, but now I have to fight inhuman monsters, not get discovered or kidnapped, and stop a serial killer? Ugh, this isn’t fun at all!