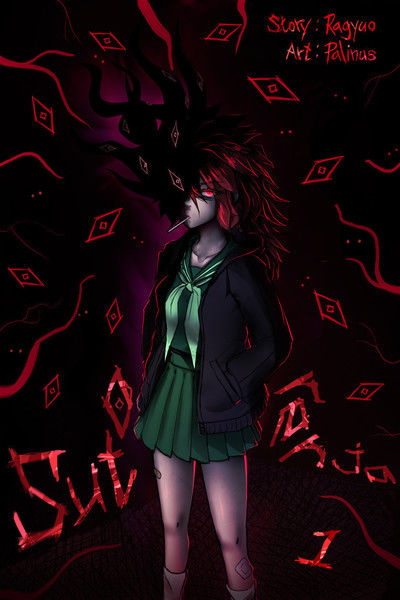 Kawakami Hideko is a half-assed delinquent high school girl with many of friends but barely any close friends. Despite having fun times, she's not happy with herself. Her whole life, she never thought to herself that she was human. But she never let that idea hold her back, until one day.

In the blink of an eye, she was covered in blood with a half eaten body in front of her. Not only that, it was her only close friend! With beliefs that there's something nonhuman in her, she makes attempts to get away with it in order to find who is she, and most importantly, what is inside her? Because she's not the killer. Right?

4
Chapter 0: Prologue: A beginning to behold of -The pains and agony of Hideko Kawagami-