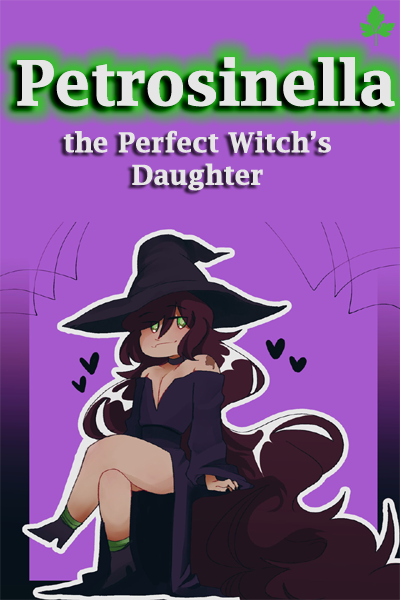 Once upon a time, a witch wished for the perfect daughter - one who was beautiful, cunning, wicked, a master of magic...

But she never said that she wanted her to be cis.

Humiliated to hear after 12 years that her preciously raised "son" is actually a girl, the witch comes up with the most genius solution: to lock her in a tower until she "admits" that she's really a boy.

But when did trying to imprison an omnipotent malevolent entity ever end well for anyone?

Originally written for "Sappho’s Spinning Wheel: A Yuri Garden Anthology", "Petrosinella, the Perfect Witch's Daughter" is a witchy retelling of Basile's bawdy original fairytale, and a rowdy love letter to all those deliciously wicked witch's daughters we were told to despise as children.

Cover art commissioned from ShrimpBanana (https://twitter.com/ShrimpBanana), with the title added by me.