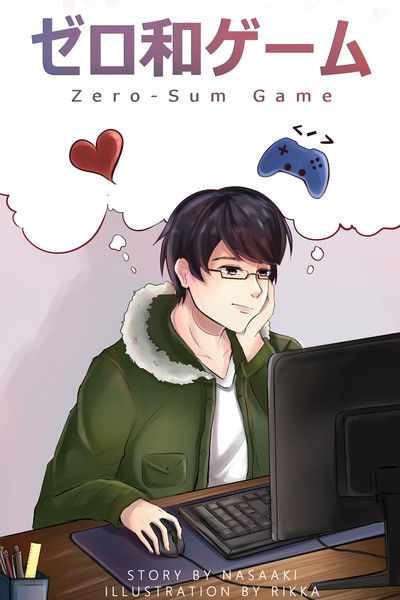 For amateur game developer Hoshino Kenji, life is a competition. A zero-sum game, where someone’s gain is another’s loss. And that’s why he had never lost at anything in his life. Whether it was school or game development, he was always number one – that is, until Moriyama Kyoko came.

Beating him at a game development competition, Kenji lost for the first time in his life. And she didn’t even know who he was. He vowed to not ever lose to her again and to make her remember his name.

Now in his first year of college, Kenji joins the Game Development Club to enter into the biggest game development competition in the country to defeat her once and for all.

New chapters every Monday and Thursday!

New chapters every Monday and Thursday!