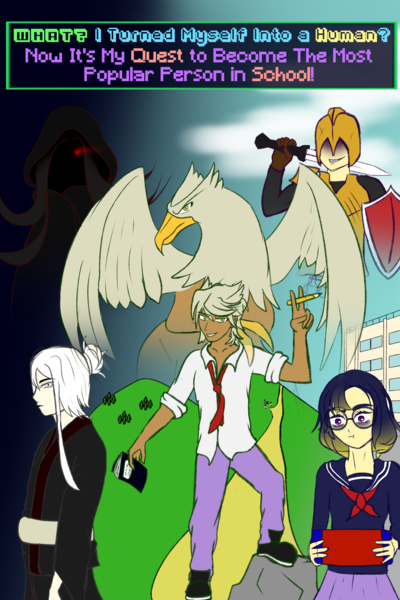 Being the general of the first Griffin squad, Griffin A is one of the last obstacles on The Hero's quest to defeat the Dark Lord Tenebrae. Before falling to The Hero's Sword, Griffin A made one last wish to get another chance and serve his master better.
After opening his eyes again, Griffin A finds himself in a completely new world, void of magic, and discovers that his appearance changed completely. Now being a human boy, Griffin A takes on the identity of Griffin Atori and joins the local high school. To survive school and redeem himself, he makes it his Main Quest to become the most popular kid in school.

Prompt: My New Life as a...
Theme(s): #Parody #Fantasy
My themes: #School #Quest

Prompt: My New Life as a...
Theme(s): #Parody #Fantasy
My themes: #School #Quest

1
Chapter 3: I make my first friend in this new world!