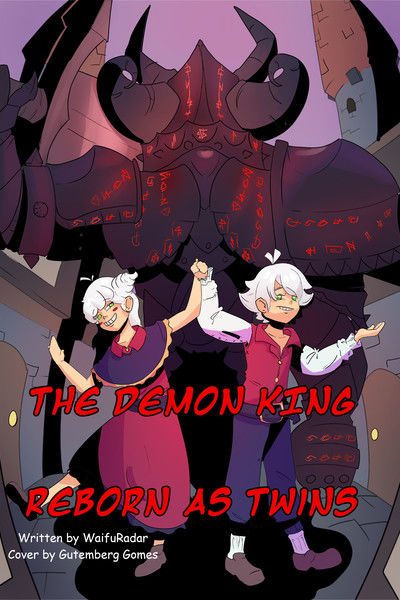 Demon King Allmaxon is stuck on the losing side of a war against humanity and its allies. With few options to win, he plans to resurrect at a later date and lead his army to victory. Everything goes according to plan until he reincarnates as twins. On top of that, his parents are the heroes that killed him!

Reborn as part of a heroic bloodline the former demon king twins must navigate the issues of being born into two human bodies, regain their strength, and reconnect with their allies to start the war again.

Prompt: My New Life as a...
Theme(s): #Fantasy
My themes: #Magic #Adventure #Reincarnation

Prompt: My New Life as a...
Theme(s): #Fantasy
My themes: #Magic #Adventure #Reincarnation