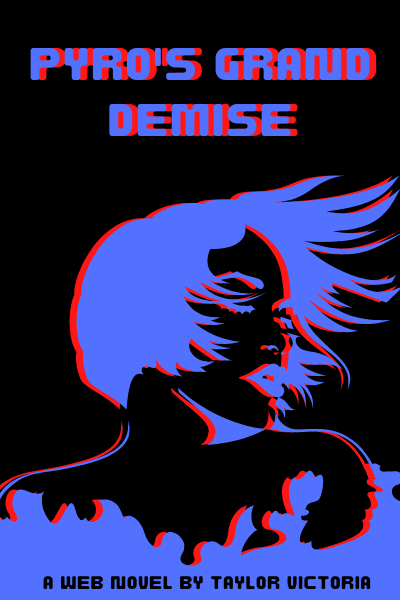 In a world where cyborgs are both an asset and nuisance, Pyro is the most sought-after freelancer in the business. Not only is she a rare blue-type with incredible acrobatic abilities and superhuman strength, but she's not afraid to get her hands dirty. Unfortunately, most cyborg jobs are illegal, but then again how else is she supposed to make money?
While she may be the best in the business, there is one problem. She has crippling debt. Pyro didn't just get her nickname because it sounds cool, no, she has a habit of setting things on fire. Which would be fine, had her fire-starting ability not gone berserk during an incredibly intricate mission involving the smuggling of priceless artwork. Now Pyro has several jobmongers biting at her heels for their money back, leaving her the with the decision of either working for free for the rest of her heightened lifespan, or faking her own death. Things don't go according to plan.

Updated every Tuesday and Friday. *Finished*

Updated every Tuesday and Friday. *Finished*