Candle in the Rain, Inferno in the Wind 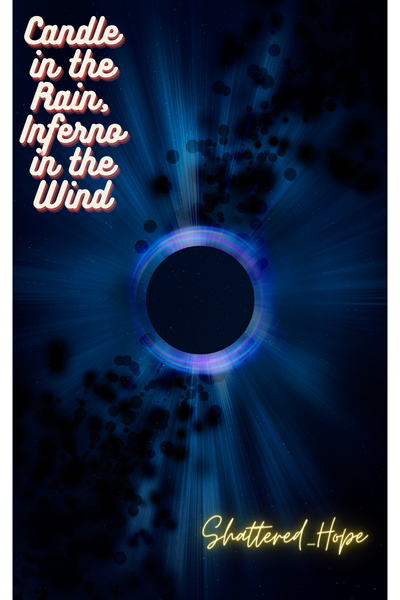 The world could be callous and cruel, even before it was ravaged by indolent pollution and the greed of Man. It doesn't matter if you are born into a world of plenty, as was Rhystea; or you were born into a land of paltry, such as Sphaere. When a dividing line between these two worlds is being raised, how far will people go to ensure their place? Sphaere and Rhystea find out the hard way that, sometimes, you are the price for someone else’s ticket.

What will they see, as they are dragged out of their lives? Who will they become, when caught between a rock and a hard place? What will they do, when tasked with Cekell, the child of Necessity and Hubris – who could either be the key to their salvation, or the engine of their destruction. Eventually they must ask themselves, ‘what will Cekell become?’ Will they hold him high into the light, hoping he will be able to discern wrong from right? Will they cast him into shadow, clambering over him as they seek to save only themselves?