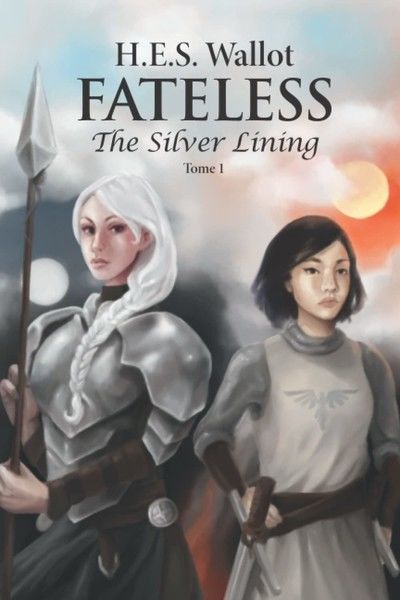 Fateless is a philosophical medieval dark low fantasy centered on war, militaristic campaigns and geopolitical conflicts between multiple empires. This story follows the fate of Vatra, a former slave from the eastern Nar Empire who was raised in a culture far away from her own, forced into warfare against her will, and the fate of Lanaya, an ambitious half-angel exiled from her home whose existence is seen as heresy. As they wished for peace, both chose a path opposed to one another until their fate crossed. In this story where war dictates the law, love strikes them as a poisoned balm to which they grasp for with all their might, as it is in the darkest of times that the smallest flames may burn the brightest.