Our School is Perfectly Ordinary 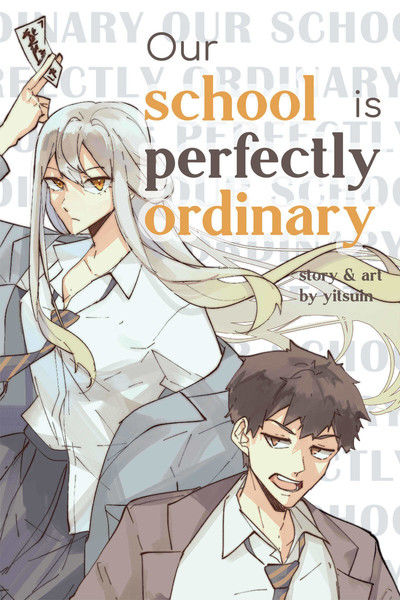 What’s life like for a generic side character in your typical fantasy shounen manga?

Shun is just a normal high school student—average grades, average aspirations, average circumstances. Things are perfectly ordinary…until he stumbles upon a classmate fighting monsters he can’t see. He’s not supposed to see. He’s not supposed to know. So they come to a tentative agreement—he’ll keep her secret, and she’ll erase all his memories at the end of the year.

But little do either of them know, she’s not the only one living a double life. At their school, multiple students hide magic and superhuman abilities. With the contingency measures in place designed to make ordinary people forget their encounters with the supernatural, there has never been any overlap between each faction since the beginning of time.

So what is it like being on the sidelines of a modern fantasy series? Shun is the unfortunate perfectly ordinary person who’s about to find out.

Updates once a day, or more, until complete!

Updates once a day, or more, until complete!

12
Chapter 22: our school is perfectly ordinary