“All these dull humans.”

The deep-sounding voice said the being wasn’t human, but it was in a very similar shape to one. The silhouette sat down as it rubbed its chin. It tightened its fist as it rambled on about its past, something only someone in its situation could understand. As the being spoke, his voice echoed outwards into the room of the empty white void. The being's face wasn’t seen at all; it was showing its actions, but nothing more, nothing less. Behind the being was a white void, the color behind the being seemed bright and shiny. The being sat on its throne as he rambled.

“All humans are sinful, I made them out to be virtuous and kind. But that all changed when Adam and Eve betrayed my trust. Then that’s when I realized they weren’t perfect and I was ok with that. But I never thought it would get this bad. Being a god can be really tiring.”

The being was rambling on about its memories and its past. Even as a god, it still held on to some of its human-like qualities. It constantly talked down about humans, the reason behind that was because it didn’t want to admit that itself and humans weren’t so different. It made them, after all, even if it was seven million years ago, but the god didn’t want to admit, it was because of many factors. Humans hadn’t prayed to god in years, the only time they prayed to god was when they were in a predicament or if they needed “God’s strength.” Throughout the billions of years, he felt as if his actions were going unnoticed. It was their fault that demons had become a thing, it was the human's negative energy that made demons what they are. The god then spoke as it said in a familiar name in a reminiscing voice.

Satan was one of God’s best friends, he remembered their conversations. It remembered teaching the devil how to make life, how to make humans do what you want, and how to make an entirely new race. God and the devil had a falling out over arguing about good and evil and power. The god even dropped the old name that was given to him by humans. It did this because it felt like a part of itself was missing after Satan had left. After Satan had left, he trapped himself in this empty white void which was in a part of upper heaven that none of the angels could reach. The god spoke as he continued to think.

“Is this what a god is supposed to do? Sit up here all day? Having no fun? Having my people betray my trust and not praise me? Use my omnipotent power for nothing?”

It asked itself this question repeatedly. Every time he heard a fake prayer from each of the humans on earth. In reality, it would’ve destroyed the humans a long time ago, but it felt like they were a part of God itself. God already felt as if it lost a part of itself when Satan left. It didn’t want to feel the pain it felt back then again. It didn’t know what to do, it felt embarrassed as a God. These past few decades God felt lost, it didn’t even answer prayers like it used to. In all honesty, God was more human-like than any human on earth. God was lazy, it has hair, it is slothful, and it was most of all, good and bad. God knew this, but still, it couldn’t accept it. God put its head in its lap as it spoke to itself.

Like a light in all the darkness, something answered God's wish. It was a prayer, the prayer was from a child. The male child spoke, but it was only heard by God. A smirk came onto God’s face. The prayer that the child made was so simple but it was so genius and brilliant. Normally, God would get mad when prayer was about asking for something, but this prayer was different. The prayer that God heard had soul and emotion in it and proved a challenge to god. God continued to smirk as it thought about the wish. After thinking for a bit it concluded.

“You know what kid? Wish granted, this will be exciting to watch.”

God laughed and laughed, and it laughed some more. I didn't know why, but the wish that the male child made was funny and ridiculous but still so genius. The god continued to laugh as he stood up off of his throne.

“I gotta tell Selaphiel and The Archangels about this. That kid in that prayer acts just like Kinben. It’s been so long since I’ve been to the lower part of heaven, I hope they still recognize me.”

God said as it walked into the white void disappearing into it. He made his way to the lower part of heaven but before it completely left, it spoke. 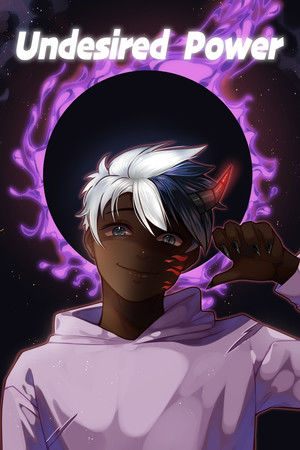