Ch 13 - Preparing for a Journey

Today I will be setting out on a long journey with my parents. Our destination is the Delven port city, one of the biggest cities in the kingdom. This journey is the most important to my Almond family because it might change my life depending on how it ends.Bookmark here

What’s so important about this journey, you may ask?
Well two weeks from now, the city will be hosting the mage ascension classification ceremony. This ceremony is to look for new young children who might have an aptitude to become a mage. Children once past age twelve will be eligible to take part in this ceremony to see if they have successfully manifested a mana core.Bookmark here

Once children have manifested a mana core with a particular element attribute, they are then given a chance to join various famous mage academies. A lot of famous mage academies send their people to watch this ceremony just so they can recruit potential young mages. A lot of young kids who have turned 12 years of age arrive at the ceremony from all over the kingdom. Poor, rich, common folks, nobility, every kid attends this ceremony on equal footing.Bookmark here

Almost every big city in the Kingdom holds this ceremony every year. Many people bring their young kids to take part in this ceremony.Bookmark here

This year the ceremony will be held again in two weeks’ time.
The nearest city where the ceremony is taking place is Delven port city.Bookmark here

You must have surmised now why we are heading to Delven city now.
You guessed it right.Bookmark here

I am already 12 years old and I am headed to Delven city to participate in that ceremony.Bookmark here

It’s been 3 months since my birthday. We had a grand celebration at our house. Although the only people to attend my birthday parties were Heather and her elder sister, Martha. The rest of the guests were Mother’s fellow girlfriends living in the town. My Dad also invited some of his work colleagues.Bookmark here

I didn’t make many friends nor did I care about such trivial things. Instead of a kid’s birthday, it looked like a grown-up gathering.Bookmark here

Although a kid’s 12th birthday is meant to be celebrated grandly. It’s a way to collect blessings for the child so that he/she could become a mage. Hence I also got a lot of presents like wooden battle practice equipment, books about mana manipulation, amulets and charms to bring good luck, etc.Bookmark here

These were a lot better present than any other birthdays where they gave me stupid stuff dolls and wooden figurines of the 12 heavenly virtue heroes. I won’t even give such stupid toys to even my children if they were to born.Bookmark here

Although, the dolls and figurines did come in handy for target practice.
Nevermind.Bookmark here

Right at this moment, I am looking at myself in front of the mirror.
My crimson red hair and my green iris eyes were inherited by my mother. Although my hair is a bit thick and unruly, unlike my mother’s beautiful bright red silky hair. I guess this is thanks to my Father’s unkempt hair that I inherited along with a bit of his facial appearance.Bookmark here

I stretched my arms to check out my clothes.
I am wearing a long-sleeved brown ironed shirt along with a pair of shorts that reached till the knees. A pair of long white socks and brand new black shoes that father recently bought for this journey. To complete my attire, on my head I wore a beret hat. A present from my mother.Bookmark here

I look like such a goofball.
Can’t even believe I was once the Overlord of the underworld. The new life seemed to have eroded my hatred to some extent that now my past life just felt like just a bad nightmare.Bookmark here

“Benji, Beth! Let’s get moving. The horse carriage is already here.” my Dad shouted from the outside.Bookmark here

“On my way,” I replied.Bookmark here

I tidied my collar and glanced once again in the mirror, front and back to make sure again.
After that, I quickly hurried out to greet my father outside.Bookmark here

My father standing outside the doorway with a sleek shirt and coat paired with neat matching pants. Shoes are polished neatly so that you can see sparkles. He was glaring inside our house through his signature oval-rimmed glasses and his hands on his hip. He was staring fiercely through the walls to where the bedroom, where mother was still dressing up.Bookmark here

Behind my father was our horse carriage waiting for us to head to the train station. The Delven port city was far away and it might even take us months to safely reach the city on a horse carriage. Thankfully there is a railway line that connects the major cities to the capital.Bookmark here

Usually, common folks like us would never be able to afford the train tickets. Only rich people and high-ranking mages travel using these railways. Commoners like us people have to go through roads along route avoiding dangerous areas with mana beast-ridden forests and other desolate unstable mana zones.Bookmark here

But when the Mage Ascension Classification Ceremony is held, the kingdom runs a special train that takes kids from all over the kingdom to hitch a ride to the nearest major city for the mage ascension classification ceremony. Of course, the kingdom can’t look after these kids themselves, so they allow two adults to accompany them on the train.Bookmark here

This time it’s my Almond’s family to hitch a ride on the train.
My mom and dad had also traveled once on that train when they had turned 12. They don’t have many memories about the train ride but they were certain that the ride was quite memorable. Sadly my father didn’t have any aptitude to be a mage but my mother actually was a fire mage.Bookmark here

Yeah, even I was quite shocked to know that.
My mother was just a low-tier mage doing adventuring roaming around the kingdom as an adventurer. But during my mother’s ascension ritual to get promoted to a higher class mage, an accident occurred. This resulted in a backlash and my mother lost her mage abilities and almost lost her life. After losing her mage abilities she left her family and even quit being an adventurer. She had met my father while traveling as an adventurer and later the two got married and settled here.Bookmark here

This information was told to me by Dad last week when both father and son were having a man-to-man talk. I don’t know what got into dad to tell me such stuff, maybe because the ceremony was getting so close.Bookmark here

My mother despite being loving and so caring she never talks about her past.
Why did she leave her family? Why did she never reveal to me that she was a former mage?
Did she think I would be disappointed in her if I knew that she lost her mage abilities?Bookmark here

Of course, I won’t be disappointed in her. So why did she lose her abilities?
She’s better than an average non-mage woman, thanks to her battle experience. She shouldn’t feel shy about losing her abilities. I said the same to my dad and he even agreed with me, but still insisted that I keep our talk a secret. He told me to act as he has never revealed my mother’s past. I should wait until she actually opens up herself.Bookmark here

I had no choice but to agree to it.
If she doesn’t wanna tell then that’s that.Bookmark here

I also have a past that I don’t wanna reveal for the time being.
Telling them straight that I am actually the former Demonic Overlord would be quite shocking. It's better that I keep it a secret.Bookmark here

“Hey, Beth! We should get moving. Do you want us to miss the train?” my Dad asked out loud.Bookmark here

“Just give me 5 minutes!” my mom replied from the bedroom.Bookmark here

“Dear, you have been dressing for 30 minutes now. It’s not our betrothal ceremony, it’s our Benji’s mage classification ceremony. Let our Benji shine for once or you might outshine him from your beauty.”Bookmark here

“You stay quiet. I have told you to cut your unkempt hair so many times. You look like an alcoholic vagabond, that doesn’t mean I should also look the same. It’s my son’s big day, of course, I should look my best.” she shouted angrily through the bedroom.Bookmark here

“What’s the point of dressing up if we miss the train!”Bookmark here

My Dad let out a sigh and he went inside.Bookmark here

Even the carriage driver was looking at us awkwardly.
I just smiled back and greeted him with a nod while helping him put our luggage inside the carriage.Bookmark here 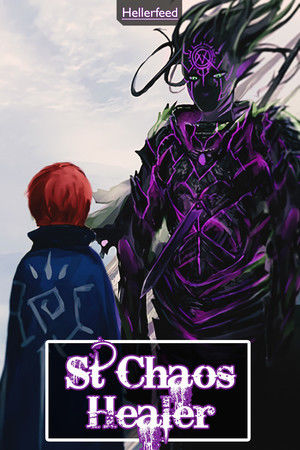