"She has to be this way!" Julia yelled to Ryan as they are tracking down their best friend Escade that went missing a couple days ago. They journey to track her down has lead them to the outstretch of city of Kyoto.

"My foxes has picked up her scent in the city." Julia added as her spirit foxes were leading them to their friends.

'he.....hey...Juls what the heck is that thing!!!!" Ryan yelled both shocked frightened at the fire beats heading into main city.

"Stop being scared I think I see her" Julia told Ryan as they ran in the direction fire beast.

Escade standing closes her eyes and focus on defeating the fire beast protecting her students at all costs that means cancelling out all sounds. "Alright Melin.....Aqua..... Lets Evolve!!!!"

"I will not allow anyone to harm innocent people, especially my students." Her voice is now so angelic echoing through the city. Her wings look soft but they do have projectiles in them.

With one flap of both of her wings she went flying at full speed at the fire beast.

"Take some poison, monster!!!" She lets some poison feather come off her dark wing. And wait a few seconds flying above the beast seeing the effects.. The seconds passed but nothing happened.

"This is my command. before I do this do attack i pledge from here on forth Taki Yamamoto, Suwa Shun'en, and Rei Wakabayashi . All three of these names I mention will receive Higher Hope When they most need it." She adds in her head "I hope that not for a long while"

She flies right into fire beast with all the Spirit power she has left .

She can feel herself burning from inside and out. As she let her final attack. "Disappear bomb" her voice was a bit off as she said that as fire beast vanished into nothing,

Escade was caught up in it and all that was left was her lifeless body that falling and hit the ground. The day was July 10th. There four people that save the city of kyoto from becoming a complete waste land. Those people were 3 young member of Sakura trio and the sacrifice of their brave Teacher Escade Takahashi.

The bright light heals Suwa injures and gives him and Rei the best power up they could of. Then a start to call out to them.

"Remember my teaching, You three are going to be unbeatable one day dont you forget about it"

"And that" Rei yelled at full charge at Misstress 'M

He is now faster than Fujimoto. So he runs around him as fast as he can to make it look as if there are more than one of himself one he sees an opening he slices Fujimoto's throat just like Escade taught them.

"Old man why are you here?" Taki was shocked but he knew from what rei said that Cobra & Boa Takahashi were most likely behind this. Those two are the parents of his dead teacher Escade Takahashi.

"You, boy killed our daughter." Cobra said as cobra snakes appeared all around them.

"What do you mean? I will always keep Escade in my memories. I have nothing to do with how she died." Taki talked from the heart confused what they were talking about.

"You liar!!!!, she went after you, after she found out we banished you three all those years ago. She was caught up in that beasts attack on Kyoto because of YOU!!!" The anger and sadness of both Cobra and Boa could be felt easily.

Taki remembers everything Escade-sensei did and sand to tear up a bit puts his heart into this statement "Old Man, listen to me. Escade-Sensei is a hero not to us in the Sakura trio but to all of Kyoto." He finally got the whole picture of her actions she gone to save them that day. "It was thanks to her that all the shrines, in the historic city did not get destroyed. You're angry and sad, that your daughter dead but we are also sad that the teacher that trusted with all of being died as well."

Slowly the words changed both of Cobra and Boa minds 'We forgive y-" They we cut off with a knife to their necks. Blood come out of their mouths.

"I can't have you saying that now, can I." Mistress 'M' said after putting knife in Cobra and Boa neck killing them instantly.

Taki was taken back about what happened but nothing could prepare him for the next event."Who are you? Why did you do that do them?" Taki said getting angry.

"I guess there is no point in hiding it anymore." Mistress 'M' said as she removed her cracked masked.

Under the mask was the face of Escade a more mature looking. But with red horn on her forehead "Well boy, i'm not actually your teacher. I just used to be a voice that lived in her head. I guess you call it spirit. I'm really Merlin Lucifer the Devil's Princess one of seven kin of Satan."

The rest was a blur for Taki it was to much. The shock and hatred. He just knows he let out a scream and it seems he passed out. So loud the others found him and got out of there.

The next thing Taki knows he wakes up in a hospital bed. "W...where am i?"

"Don't worry you're in the best hospital in all of Kyoto." Suwa said with a smile.

"I don't have the money to pay the bill" Taki said now fully wake wide eyed.

"Don't worry about it. I already took care of it., here a gift that a girl named Julia Kiya left for you." Suwa handed Piece of paper it was clear it was really from Akira the letter read

By the time you are reading this that reading this that means that your mission has been successful. That also means I'm also nolong in operation. Don't be sad. We've had fun times in the past, along with Master Ito, and Mistress Tanaka. There is a memory card on the back on the letter with the information of the satan kids I was able get while fight one one them. Im positive you will go after them but be smart. Most importantly be safe. I wish all of you the best of luck in all your future adventures.

Tears couldn't stop running down Taki's face "Akira.....thank you so much.. For everything." 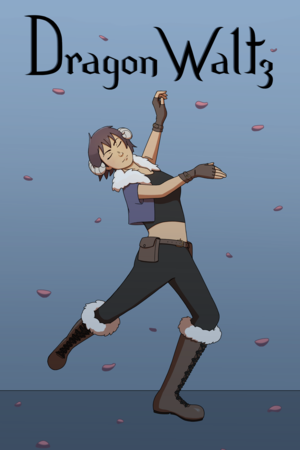