The following months were filled with fun days of dueling in the yard, Lucia had tried her hand mock fighting Kaz a few times, while she wasn't particularly good with a sword Kaz was no match for her stamina and the pinpoint accuracy of her jabs. While cleaning up the supplies from their duel, Kaz spotted Lucia and Saphana chatting off to the side. He found this odd, those two never got along. He set the equipment in the shed, he came back out and both girls were gone. Kaz grabbed Roarke and they both headed inside for lunch, they were greeted by both Saphana and Lucia inside the door blocking the way to the main hall. Lucia walked up to Kaz and grabbed both of his hands, "Kaz, we need to tell you something important." She states, not breaking eye contact the entire time. Bookmark here

Lucia rubs her face on his hands and then presses them to her lower stomach. "Kaz, we're both expecting." She tells him. Saphana faces off to the side when Kaz turns to look at her. Kaz looks closer and sees the protruding bump in Saphana's lower abdomen, then he fixes his gaze on Lucia's stomach. Kaz drops her hands and suddenly throws his arms up and shouts. Roarke places his face in his palm and walks ahead inside. Bookmark here

A loud shout can be heard from inside, "Kaz! Kaz! Get in here, it's happening!" Tasi yells. Everyone's attention shifts and they all dash towards Tasi's room. Kaz bursts through the door first and sees Tasi laying with her coils wrapped around the egg, it slowly bounces side to side before a single chip flies off the shell. A bright green eye peeps through the hole before it disappears and the egg begins to crack, slowly but surely, bit by bit pieces fly off and before long a chubby blue tail flops out of the side of the shell. Tasi coos and picks the hatchling up in her arms, it was a deep blue color with bright green eyes. Kaz squats next to Tasi and kisses her cheek, she hands the bundle to Kaz who cradles it in his lap. He waves his little finger in front of the small naga and a bright blue light shines from the child and Kaz. Tasi watches intently and explains the child had imprinted on him. Kaz gently hands the baby to Tasi and holds his palm out in front of Tasi and the newborn. "Appraise!" Kaz says in a stern voice, the blue lines shoot from his palm once more and spell out an extremely short paragraph in front of him. "Nameless, Female Naga, Father: Kaz Skaldheir, Mother: Tasi". Lucia steps in, "What will you two name her?" She asks curiously. Bookmark here

Kaz turns to look at Tasi, at that moment the front doors fly open and Salamat comes barging in. "Where is it?" He shouts, looking around for Kaz and Tasi. Lucia stands up and rushes out to the hall and shushes the massive red drake. She then calls everyone out into the hall, Tasi carries the child alongside Kaz and they join Saphana and Salamat in the main hall. Salamat bends down to Kaz, "I see you've been busy, boy. You better treat my daughter with as much care as you do the other two." He quietly threatens Kaz. Tasi pulls on Kaz's shoulder, "I was thinking we can name the little one, Zavi." She says while coddling their child. Kaz ponders names for a minute and decides Zavi is a great name, way better than any boring modern name he could think up. "Zavi it is then!" Salamat shouts, and is scolded by Lucia yet again for being loud in front of the hatchling. Kaz wags his finger in front of Zavi again, Zavi's head springs up and clamps down on his finger. Kaz only experiences a wet gummy feeling enveloping his finger, Tasi laughs and explains that they are born without fangs and that they rely on their mothers until they grow in. Tasi carries Zavi back into her room to feed her, Kaz follows shortly after leaving Salamat alone with Roarke, Lucia and Saphana. Lucia has a lengthy conversation with Salamat before she goes to fetch Kaz.Bookmark here

She opens the door to find Kaz playing and Tasi playing with Zavi. She quickly and quietly shuts the door and returns to the hall and explains that Kaz is busy with Zavi at the moment. After Salamat had departed and Tasi had put Zavi to bed, he headed back up to his own room and found Lucia sprawled out across his bed. She got up and shut the door behind him and shoved the chair under the doorknob to prevent any distractions. She laid down on the bed once more and motioned Kaz over, he sat nervously beside his kobold partner on the bed. Roarke in the adjacent room wasn't pleased, he could hear them going at it for the next hour, even with a pillow wrapped around his head. Bookmark here

The following morning Kaz wakes up with Lucia by his side, and Saphana who had crawled up onto the balcony and let herself in sometime last night, was lying beside the bed with her head on his lap. Kaz was in a great mood, waking up with beautiful women on both sides of him. He got up and snuck downstairs to grab some biscuits for breakfast. Shortly after, Lucia came down to join him, and Saphana came around the manor and through the doors to sit with them as well. Kaz told Lucia and Tasi that he was taking them out with him to run some errands today. They both grew excited and began gobbling up their breakfast as quickly as possible. Bookmark here 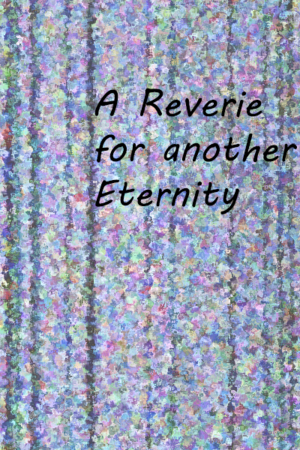