The Start of Bringing her Happiness

With those parting words, our professor started cleaning up his desk all the while the students were starting to leave the classroom, ask him questions about the assignments that we had done and what not.

I grabbed my phone from my pocket and started calling Natsumi to let her know that I was ready to meet up. After a single ring, she picked up the phone and spoke up with the same cheerful tone.

"Hey there~ You out of class already?"

"Ok. Make sure to pick up Yukari-chan beforehand"

"I'll see you soon then"

I hung up the phone and let out a sigh "I really should have asked Yukari for her number..." Even though we had gotten along relatively well the very first day, I didn't try to even ask her for her number because I simply didn't know what type of person she was.

And all the other times we had either bumped into each other or met up, things had happened that simply stopped me from even asking her for her number.

I let out a sigh and simply continued my trek towards the place where we had agreed to meet each other. As I was getting closer towards the spot, I could feel my heart beating faster and faster.

"Those moments really did affect me" I took in a deep breath and exhaled. Once I had calmed myself, I had already arrived at the spot, but she was nowhere to be found.

"I wonder if she got holed up in class or if she's just talking to her friends" I took a seat on the bench near the spot and simply started reading through the book I had bought yesterday.

"I was really looking forward to this" Since I still had one book to read yesterday, I read through it all that day, but sadly, I didn't have much time to read the new book and for that reason, I had brought it along with me.

Just when I was about to start opening the book, a cheerful voice called out to me "Kiyota~!"

Before I could even look back at the person and call out to her, she proceeded to sit down right next to me and start snuggling me "W-What are you doing?!"

I quickly managed to break myself free from her grasp, stood up and let out a sigh "Didn't we agree on something?"

"Thank you..." I let out a sigh of relief and gently placed my hand on my chest and I could feel my heart beating faster and faster. Not at the fact that I was scared of what others might say. It was at the fact of how close she had gotten towards me "She really made a number on me..."

"Where are we going to meet up with Natsumi?"

"Just follow me. We're going to our usual spot"

She inched herself closer towards me, but instead of actually doing anything to clingy, she simply followed close by me.

After a minute or so of walking, we arrived at the spot without any problems at all and sitting right there with some food in hand was none other then Natsumi.

With those words, the both of us sat down, pulled out our own food and gave thanks.

"The both of you really took your time getting here"

"Don't lie" I gently poked her cheek to which she puffed out her cheeks.

"The both of you really get along with one another..."

"Well, we wouldn't be friends if we didn't" "Besides, we've known each other ever since we were kids so it's normal for us to act like this, right?"

Natsumi looked over at me with a smile on her face. Just remembering the girl my age who would act all shy and embarrassed over every little thing and then seeing the girl in front of me being all cheerful and being the social butterfly that she was, I couldn't help but feel a bit of relief on my part.

"Yeah, I guess you're right" "We helped each other whenever the other one was in trouble and what not... At times we were told that we were more siblings then anything"

"Once we grew older, we were told that we looked like a couple~"

Out of nowhere, Yukari bowed at the both of us and seeing this, I suddenly remembered about the moment in the mall when I had told her that I had come along with a friend.

She was going to tell me something and in that moment, Natsumi had came out of the changing room to which Yukari didn't manage to speak what was on her mind.

"Did she think that Natsumi and me were a couple back then?" The thought crossed my mind, but even then, it wasn't something that I needed to be hellbent on knowing.

"Yeah, there's nothing to be worried about"

"I know that... But I just feel angry at myself for thinking such a thing without even asking about... That's why... I'm sorry"

She bowed at the both of us once more and before I could say that everything was alright, out of nowhere, Natsumi got out of her seat and started hugging Yukari without a care in the world.

Natsumi simply ignored Yukari's words and continued hugging her tightly. Seeing the both of them like this, I couldn't help but feel a sense of relief wash over me "It was a good thing that Yukari and Natsumi met each other..."

Once the whole back and forth between the both of them ended, we continued eating and talking with each other, once our break had finished, Natsumi stood up from her seat and waved at us.

"Thank you for everything, Natsumi"

She smiled at the both of us and started making her way towards her next class, just when I was about to start asking her if she needed to head on out as well, but before I could even say a word, she looked up to me and seemed almost too serious for the situation we were in.

"The faster I do it... The faster I'll be able to confess to you once more and get your answer once and for all" "Besides..."

She stared at the ground for a bit and then looked up at me with a smile on her face "I want to live a normal life where I can take off the all happy mask and just be myself... Just like I am with you"

Hearing those words coming from her mouth, I couldn't help but feel entranced by her. The way she looked when she declared those words. The way she stood firmly on the ground without any intention of wavering. Everything about her in that moment was the real her... Not the fake one I had met on the first day.

I let out a sigh and simply let out a chuckle "You do know that they won't be able to do anything in that moment. It'll take a day or two at most"

She extended her hand towards me and smiled "Will you accompany me, Kiyota?"

I stared at her hand for a few seconds and after seeing how determined she was, I took her hand and smiled back at her "Of course, I told you that I would help you with whatever you would need"

She let go of my hand and the both of us started making our way out of the school grounds and headed towards the police station. Just when we were about to arrive, she grasped my hand and called out to me.

"I really do love you, Kiyota~"

"Of course, and I'll never change how I feel about you"

Hearing her sound so strongly about it made my heart skip a beat, I let out a sigh and smiled at her to cover the embarrassment on my face "Let's get started in bringing you happiness once more, Yukari"

With those last words, the both of us entered the police station and thus started our report on the abuse that she was receiving and what could be done to get her happiness once more... 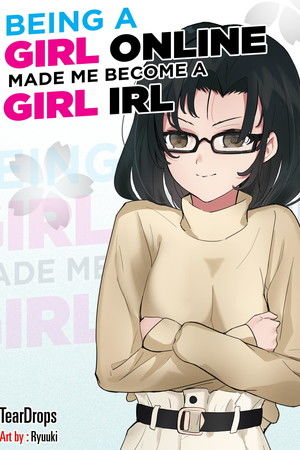