Mail for the Lemon Quartet

Megumi woke up to the alarm clock, but she didn't get up or even open her eyes because she expected that someone else will turn it off, which did happen. However, she wasn't allowed to sleep for longer.Bookmark here

"Hey," Kasumi said, "Wake up." She gently shook her. "It's morning."Bookmark here

"Ugh. Get up. I can't make my futon with you in it."Bookmark here

Megumi heard a sigh and footsteps that walked away from her. She took a pillow and shoved it into her own face. She heard a curtain open, and the heat from the sunlight touched her hands.Bookmark here

She didn't respond to that statement.Bookmark here

Kasumi must've given up because she said:Bookmark here

"Risa, what are we eating today?"Bookmark here

"Well... I guess the leftovers are the only option. You really made too much food yesterday, Megumi."Bookmark here

Megumi dug her face into her pillow.Bookmark here

"You're the one who pressured her into making that much."Bookmark here

"What? No, we had to cook all of that food."Bookmark here

"Fine. Let's get the leftovers."Bookmark here

Kasumi and Risa went to the kitchen.Bookmark here

Yuri was changing in the bathroom when she heard a knock at the front door. She walked out of the bathroom and opened the door. There stood a man in a dark suit. In reality, you couldn't really see any part of the man. He wore a mask, a hat, and two gloves, and his suit and leather shoes didn't reveal any part of his body.Bookmark here

Yuri stared at him without greeting him to see what the man had to say.Bookmark here

No one said anything.Bookmark here

The man pulled an envelope out of his jacket pocket and handed it to her. She took it, and the man tipped his hat and waddled away.Bookmark here

She closed the door and looked at the envelope. It said 'monthly money' on the back, but it was in English, and she didn't know any English, so it was Greek to her.Bookmark here

"Where are all the leftovers?!" exclaimed Risa after she opened the fridge and found it empty.Bookmark here

"How could this happen?" said Kasumi. "I didn't eat it."Bookmark here

"I didn't eat it either!"Bookmark here

Megumi was playing dead in her futon in the other room, overhearing everything that was going on.Bookmark here

"No one can eat that much! Yuri, did you do anything?"Bookmark here

"The only person left is Megumi then. Megumi, how did you do it?"Bookmark here

"No, you are not! Get over here!"Bookmark here

Megumi decided that there wasn't anything left to do other than to run. She started to book it to the front door, which was only a few meters away from the futon.Bookmark here

"Don't think you can get away from me!" exclaimed Kasumi. She picked up a pillow and pitched it at Megumi, knocking her out instantly.Bookmark here

Megumi was passed out on the floor for the second time in 12 hours.Bookmark here

"Okay, we figured out who did it," Kasumi said, "What do you have there, Yuri?"Bookmark here

They ripped it open and found a pair of extra-large tightie-whities.Bookmark here

Someone knocked at the door again. The three girls ran to open it, avoiding stepping on Megumi's body. This time the man wasn't there, but there was a normal mailman.Bookmark here

"Mail for the Lemon Quartet?"Bookmark here

"And I'm assuming that she's the fourth one?" he said, pointing at Megumi's body on the floor.Bookmark here

"We don't talk about the fourth one." Kasumi took the envelope from the mailman and closed the door.Bookmark here

"Is that real? Who's it from?" Risa said.Bookmark here

"Do they really expect people to not figure out who they are?" Kasumi said, "They literally just changed the first letter in their name to 'W'."Bookmark here

"I mean, it does mean something else. So, the only people who would question it would be people who already know about them." Risa said, "Hey, look. There's a note attached."Bookmark here

The note read, "Dear Lemon Quartet, this small amount of cash is a monthly thank you package for your service. We hope that this is sufficient to survive in any part in the world. The amount of money in your possession is 1 million yen. Thank you."Bookmark here

Kasumi held the stack of cash in her hand and looked at it. What could you do with a million yen? She looked behind her to see the passed out Megumi. There wasn't time now.
Bookmark here

"Is there a place to put this?"Bookmark here

"That seems good." Kasumi put in the money in there. "Let's figure this out later. We have school."Bookmark here

Kasumi went to Megumi and shook her awake.Bookmark here

"Wake up. We need to eat breakfast."Bookmark here

Megumi woke up with drool on her face.Bookmark here

"Yeah, what's for breakfast? Did I make it?" She looked at her own swollen hands.Bookmark here

"You ate everything in the fridge."Bookmark here

"We have to go to WcDonald's. That means we have to go on an earlier train. That means that we are leaving in 15 minutes. I'll be honest. You stink. You should take a bath, but we don't have enough time. So, you have to suck it up and take a cold shower if you want to remove that stink you got from cooking yesterday."Bookmark here

Cold shower it is. Megumi nearly froze to death in the shower. Cold water in their house apparently meant that you couldn't heat the water at all. The water was as cold as the ice you could sell to an Eskimo. It was a great start to a productive day. Weird thing to do.Bookmark here

Does a cold shower make you more productive? That's something that self-help gurus claim all of the time. It's like you become a working machine by stepping over a hurdle the first thing in the morning. Megumi doubted that's how it worked. Being productive won't suddenly manifest by doing one task. It might help, but you are missing the bigger picture. What if you are lazy like Megumi? Jumping over hurdles seems easy, but it's not a magic trick. You can't just do one thing. She guessed it was a little habit that nudged you into doing more, but that didn't seem like how most things worked. Your habits won't change because of a single habit in the morning. Cold showers aren't even that bad. It can feel pretty good once you are used to it. It's like saying making your bed will fix everything. The rest of your room is still a mess. How will that help with any-Bookmark here

"Megumi! Get out! We are going to be late!" Kasumi yelled through the door.Bookmark here

"I'm hurrying!" Megumi shut off the water and threw on her school uniform. She grabbed the nearest hairbrush and shoved it into her backpack. She stumbled out of the bathroom and ran out of the front door successfully.Bookmark here

Kasumi was wondering why she heard the front door slam. She ran to the front door and saw that Megumi was walking back to the house with her head down.Bookmark here

"I don't know where the train station is."Bookmark here

"That's fine. Just wait for us. We will be out soon."Bookmark here 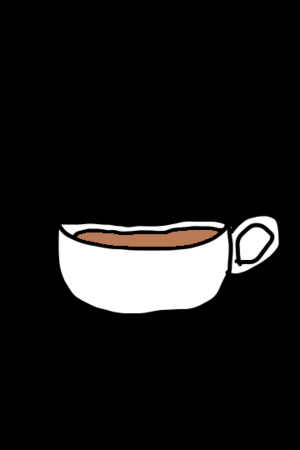 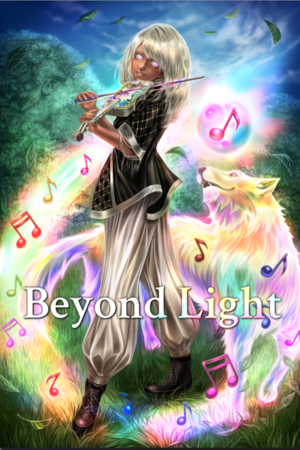