John looked at her, and he wanted to say that he wasn't going to take care of the baby. But when he saw Masha's glowing eyes, and him knowing that Masha always wanted to have a baby, nothing came out of his mouth, but " do you want to be his mother ".

Masha was happy to hear that her dream came true, she replied as tears of joy were crossing her smiling cheeks, "yes".

After Masha took the baby inside the house, John searched the metal box, and he found a letter.

It said," John White take care of this child (Billy) until he reaches the age of 16. Then after that, all you have to do is go to the most crowded place in this city and let Billy's fist pump you. Then you will get what you deserve".

John didn't think too much about it, all he thought was, "Billy what a nice name I'm going to tell Masha".

16 years have passed, and Billy grew into a smart, and good-looking young man, with orange hair, and bright orange eyes.

Billy was running back home, overwhelmed with joy, as he opened the door to the pharmacy, to see that John was sweeping the floor.

He ran to John and hugged him, then he said" Dad, I did it. I became the smartest student in school, look, I got perfect grades in every subject".

John smiled, and said, "That's my son I knew you could do it come on, go tell your mother the good news".

Billy went to tell his mother Masha but before he went John said "Son did you forget the usual" Billy stopped and turned around and said, with a smile on his face "Fist pump" "That's right Son" said John

John had always greeted Billy, with a fist pump every day for 16 years, so he would never forget about the letter.

John went to his room to check the letter, and he found that tomorrow was the day of the reward.

He was happy, but sad and worried at the same time because he truly loved Billy like his son, and he was not ready to give him away, but he was still scared of the monster that came 16 years ago.

That night Masha noticed that John was acting strange, so when they went to bed she asked John "what is wrong?".

John looked at her with a gloomy face and said, "I think it's time to say goodbye, Masha"

At the same moment, Billy was listening to the conversation that John and Masha had.

The next day Masha was making breakfast. Billy came into the kitchen and said, " good morning mom"

Masha looked at Billy, and tears started pouring out of her eyes, and she couldn't speak.

Billy looked at her, and with a calm smile said, " don't worry mom no matter where I go, you will always be my mother, and no matter how far I fly, I will always come back to your nest".

Masha fell to her knees, and she cried, but this time she was happy.

After they had breakfast John looked at Billy, and said, "It's time to go, Son"

Billy went to wear his shoes, and as he was wearing them Masha was staring at him from the other room, Billy said with a smile on his face, "don't worry mom I'll be back".

John and Billy went to the most crowded place in the MC City, (The MC Market Center).

Billy immediately did the same with his hand and tapped John's fist.

At that moment, and without a warning, John White explodes. 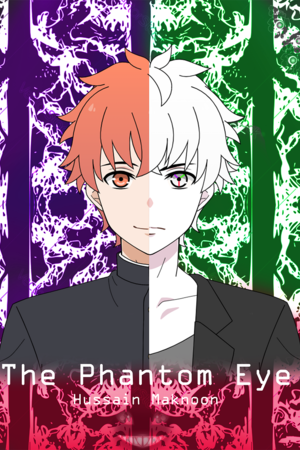