What Lies Within Heart

At 7 o’clock, while I was half-asleep, lying on the couch, the doorbell rang. It was like my "on" button had been pushed, and new electricity started circulating in parts it didn't before.

I want to stand but for the moment my legs have given way to gravity, shaky, weak.

“How long had I been asleep?”

I blink, blurriness fading, surroundings more crisp. The warmth of the air is more apparent, stealing the chill given to me by the coldness that has swept over the floor.

“Welcome back, mom.” I warmly greeted her as she came inside, totally exhausted.

Mom works as a project manager at an architectural firm. But because of work overloads, she has to do extra shifts sometimes, not an ideal work for a woman who also has to do household chores.

“What were you doing while I was not here?” Mom asked, as she took her shoes off and went inside, “Did something happen? You aren’t looking that good, you know.”

“N-Nothing really.” I stuttered, fumbling between my words while forcing a smile on my face. “I had just woken up, so I am just feeling a bit drowsy.”

“I guess it’s just my imagination.”

I wonder would that even work on her, I mean she is my mom. At least she would be able to see through me, or read between my lines or something. But for now, I don’t want her to start a conversation on a topic which I am trying so hard to avoid.

She jumped on top of the couch, as if she was swimming with the rainbow fishes of the deep, feeling the rhythm of a new body with fins. Her head lolled towards me, her eyes serving towards right into my eyes.

“What do you want for dinner, honey?”

“Nothing really. Make something as you wish.”

“OK then, I guess I will have a bath first, then get down to prepare the dinner”

She got up from the couch and went straight to her room, while I went to mine.

The nighttime hugged the room like infinite fine strands of black silk. The sky was like a dark protective curtain, made even more enchanting with the ambient hue of the infinite starlight gracing it. I didn’t turn the lights on, as my eyes felt a calmness in that comforting darkness bathed with the faint light of the moon.

I plugged the earphones into my ears, as if in those earphones my soul is at home - curtains drawn, door closed. The music was like my external heartbeat, while the lyrics were my soul in sweet vibrations; It felt like I could sing forever these poetic words, my ode to the universal love and one another, to nature and creation.

After having dinner, I was back to my room again, and picked Colleen Hoover’s “It Ends With Us”, which I had borrowed from Sakura. Sitting on the table, the pages of the book fluttered in the buoyant breeze flowing through the window, oblivious to the sounds of the surroundings as it chose to sing.

I opened the book from where I had left behind, among the pages as sweet as spring flowers. The several hundred white pages, each gentle to the fingertips. I lied down on the bed like a gentle ship slowly lowering its anchor in the soft onshore waves, and continued reading from where I had left.

The book had a simple earthy hued cover, with a decoration of fallen cherry blossom leaves, warming to the eyes, comforting. Inside, the pages looked as if they had bathed in golden rays and taken them in.

But there was a quote in this book that I could never forget, which went like this,

Even if I couldn’t completely understand that, I sometimes relate it with me and Kaoru, for which I kindly get an uncanny feeling while reading the book. It feels as if there is a force pressing down on me whenever I read it, as the words that go with that flow have surrendered to the pressure, and by stepping out from this invisible anvil would enable me to rediscover the forces that uplift the soul.

The next morning, in the soft white-gold light of the new day, as the hues of my bedroom were like a brilliant pop art, I wake up fast and stiffened as I heard mom calling my name, “Yuki, wake up quickly!”

Mom reached out towards the curtain and drew it aside in one strong motion. The bright sunlight flooded in, bathing the room in its warm golds, revealing the colours it had brought to the world beyond the window pane. I grabbed my alarm clock to look at what time it is.

That’s when I realized that the batteries of the alarm clock are dead, and I had forgotten to switch the batteries with the new ones yesterday.

“Mom, what time is it?” I asked her while quickly pulling myself out from the bed.

“Don’t worry. I knew that you would forget to change the batteries, so I called you an early today.” She chuckled, “It seems that my guess was correct.”

I got up and stood in front of the window. For a moment, my mind conjures into rhythmic waves, soft under the rays of sunlight, as it felt like my heart was beating to that same slow pace. I took a deep breath. A new day has begun. I reach my hand out to the curtain, my fingers making their way around the fabric curls.

“Hurry up and get ready, or you will surely be late today too!” She yelled at me again, before I could savour the morning completely.

I went to the washroom to wash my face. Looking at my reflection in the mirror above the sink, there was a semblance of smile bearing on my lips, just enough to show that I was enjoying my thoughts, whatever they may be. But more importantly, I felt better.

Downstairs, mom had already laid down the table and was waiting for me to come. She was sitting on her chair, reading the newspaper. I entered the dining room, though she didn’t notice my arrival.

I made a thumping sound with the chair while pulling it out, notifying my presence in the room to her.

“Oh, you are finally here.” She said while folding the newspaper aside, “How are you feeling today?”

“Fine, I guess.” I grumped, while taking my seat.

She took a brief pause before finishing, while putting the jam on the toast. The jam made a cherry-red smile as I munched on the toast. After she also took a bite, and continued,

“What I was saying, did something happen to you yesterday.” She crossed her hands on the table and leaned towards me, “Is it, maybe, that someone confessed to you?”

“W-what are you saying?” I stuttered, fumbling over my words while continuing, almost to myself, “Nothing happened yesterday, you are just imagining things.”

“Then that’s fine.” She replied, while taking another bite from the toast. “I guess I just misunderstood it.”

There was quite the pause after that, both us were having our breakfast without saying anything. I picked up the conversation again, before the silence had taken its root in the room.

“Mom, I also had something to ask you.” I said, quite sternly. “Is it okay for someone to share something from deep down their heart to another person?”

“Why are you asking that.”

“The thing is…” I mumbled, but then hesitated a little, “No real reason, just asking.”

“Deep down one's heart, huh?” She drew in a long breath, as she looked around the room for a while.

After a short intermission, her gaze was back at me.

“How do you describe something that lies deep inside someone's heart?”

She took a sip of coffee from her mug, offering me to continue the conversation. I nodded my head, having nothing to say, so she continued,

“It’s deep down in the heart…” I said, confused. “So, maybe of something of sorrow?”

“Heart is just a mere wordplay which has no scientific basis, as it might mean our soul, or even our mind.” She continued, “What does it mean to you? The answer you are seeking might just be hidden in that.”

“What it means to me…?” I murmured to myself, while placing my hands on my chest, feeling the rhythmic beats of my tympanic heart. “What does it mean to me?”

While I was on my way to school, I kept thinking about it, of what mom had said, of what ‘deep inside my heart’ means to me. My thoughts were akin to driving around a same block over and over, faster and faster.

Unlike yesterday, the light of the sun today is in its most vivid hues, loud, mooring itself in the blue as if anchored to heaven's ether.

The sunshine is in my bones, its heat radiating outwards into the bright day, with a flourishing of vivid orange hues. And as the day went by, the sun-tide became an even crude song, the tempo was raised, as if the smooth lullaby had become more of a blaring rock and roll.

I stopped along the street to give an audience to the flowers on the flower beds that have started to wither away, as if the restoration of that beautiful canvas, that delightful work of colours, had gone south.

I opened my eyes wider than they had been, and, like a child, stretch my hands towards the radiating sun. My eyes reclined behind the dappled shed of my arm, reaching up as if they could bathe in that light.

“By stretching my hands…”

I thought, as I stretched my hands even further, while feeling as if the golden beams were setting my inside ablaze,

“Where can I reach?” 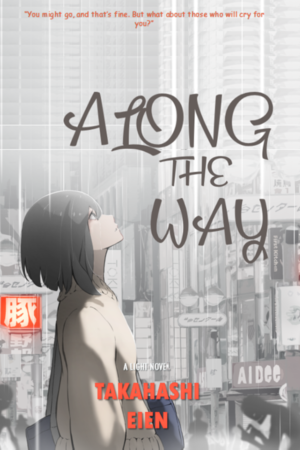