Everyone was stunned. And soon, panic followed.Bookmark here

It was chaotic in there. Spectators from all sides panicked. They rushed to the exits, trying to run away from the raging humanoid creature. Mixed sounds of scared people, screaming for their lives combined with the deafening roar the creature made. It fueled everyone’s fear greatly. Nobody wanted to be killed by a monster. It was shown clearly in their faces.Bookmark here

Not even the guards dared to intercept the demonic being.Bookmark here

Rodan and Nono were still in the VIP lounge. It was shocking to them that the creature was actually far beyond dangerous.Bookmark here

“Shite... I did not expect this to happen. I did measure the possibilities of things would go wrong, but who could’ve thought it would become an insidious bloody tragedy?Bookmark here

Judging by how that creature acts, it looked angry for some reason... or maybe something else? I think it will possibly go and hunt the people around them the moment they stop screaming. With the massing panic going around us, it is fairly easy for that creature to devour everything in its path.Bookmark here

...And also... that creature was not interested in blood. It did not kill to look for blood. It was looking for something else. That characteristic does not fit in the shoes of a vampire of any kind. What is that creature? Forget it now, there’s something to be done.”Bookmark here

“Roro...” Nono was surprised to hear Rodan called him his true name. In return, Nono responded in a serious tone, “...Understood, Roro, I will go now. What about you? What are you going to do?” Nono asked.Bookmark here

“I will stop that creature. Best of luck, Nono, I’m counting on ya.”Bookmark here

Rodan jumped over the seats in front of him and hopped over the railing and dropped down below, leaving Nono on his own.Bookmark here

From the VIP lounge which was high above the ground, Nono’s hair swiveled around as his magical aura began to emerge from the edge of his body. In a moment, he spread out his magic in the shape of black and white lens flare lights to every point of the arena. The barrier was ready for activation, but he waited for Rodan to enter the arena. After the preparations were complete, he went down below to help evacuating.Bookmark here

Meanwhile, in the center of arena, the white creature was still screaming as if it was in immense pain. Its red eyes were glowing dreadfully, causing anyone who saw it to tremble in fear. But after a few minutes, the creature stopped shouting, and was slowly looking upfront as if trying to search for a new target to prey on.Bookmark here

The white creature gazed at the ringleader, who was cowering in fear, unable to move his body. Its eyes met with the ringleader’s. The ringleader saw its eyes full in red, even their sclera were crimson red. There was a yellow horizontal line running in the middle of the creature’s eyes. The creature’s teeth were shown to be as sharp as their fingernails. Their overall white persona made her look even demonic.Bookmark here

“No... don’t you get any closer...! Y-You monster...!” the ringleader screamed. He tried crawling reversely, but he felt his body was incredibly heavy, weighed under the intense fear he experienced.Bookmark here

The white creature stepped forward, one after another. And then, the ringleader saw afterimages of them in front of him. He reflexively activated shield magic, moved by his instincts to survive. Then, the white creature suddenly disappeared, only to reappear right in front of the ringleader with its claws waving down and their mouth open as if willing to eat him alive. The shield that was supposedly protecting its user did not affect the creature.Bookmark here

When the death was right in the doorstep of the ringleader, a savior came. He blocked the incoming assault with his long sword. Sparkles of fire emerged as both metal and hide surface collided with each other. The ringleader was prevented from his demise.Bookmark here

“Grrrgh... how powerful!” Rodan said as he tried to sustain his blocking position from being penetrated. The white creature was giving all of their strength, making it virtually impossible to deflect, but Rodan could.Bookmark here

“Hey, old man... If you want to see the daylight tomorrow then get yourself outta here.”Bookmark here

“...Y-Yes, sir!” the ringleader escaped. The white creature attempted to chase it, but Rodan grabbed their left hand, preventing them from trying to reach anywhere.Bookmark here

“Oh, no you don’t...! Grr, just how powerful are you? Urrgh, my hands are steaming. Her strength is insanely overwhelming!”Bookmark here

The white creature got even restless. Their long claws slowly carved into Rodan’s arms, trying to break free. But Rodan did not waver. His grip tightened along with her crushing power.Bookmark here

“Why are you angry?” Rodan asked, though he knew it was useless to speak to a monster. “What made you so wrathful?” he asked again along with the creature’s attempt to twist around. Both of their strengths were on par with each other.Bookmark here

Unexpectedly... the creature spoke in an understandable language.Bookmark here

Rodan was extremely shocked to hear the creature spoke. “You... you can talk?!”Bookmark here

The creature attempted to break free again from Rodan’s lock. But Rodan prevented it from happening. He mustered strength into both his handheld sword and his left arm. He refused to let her go, despite having his arms tortured by the crushing strength of her claws. He was waiting for Nono to activate the barrier.Bookmark here

Finally, Nono appeared on the tribune with his hand held out to the arena. He activated his magic. Immediately, an impregnable layer of magical barrier emerged from the borders of the arena rising all the way to the top of the tent and thus forming a dome.Bookmark here

“Ahh, finally! Took you forever to do it, eh? Well done, my disciple, Norio Noir!” Rodan screamed from the bottom of his heart.Bookmark here

“With the people evacuated out, I must now find out how to calm her down. What was she saying? Her voice sounded bizarre, but I could hear a word or two from her. What was she trying to say?”Bookmark here

The moment Rodan knew they could talk he no longer referred them as a mindless monster. Because no matter how he looked at it, he only saw a raging humanoid girl, there has to be some way to stop her wrath.Bookmark here

“No, I won’t let you go. Calm down, don’t let anger get the best of you!” he yelled to her. He felt that he could throw a word or two into her.Bookmark here

Suddenly, Rodan could feel her magical aura emanating again. It was as great as before. Her long white hair began to rise up. She was going to unleash a large scale magic upon him to break free.Bookmark here

“Uh-oh, not good, not good! At this rate, she’ll blast the entire tent!”Bookmark here

Then... she spoke again, which ultimately showed the reason why she went berserk.Bookmark here

Rodan was surprised to hear her said that. “W-Woah... it can’t be...?!”Bookmark here

He shook his arms a bit. The white creature responded in a much more aggressive manner. Ultimately, she struck Rodan with her feet. Rodan was pushed back quite far but he’s still standing. He managed to block the kick in time. Meanwhile the white humanoid creature had flung backwards and landed firmly while looking at Rodan in such fierceness.Bookmark here

“Roro!” Nono shouted his name in concern. “Dammit, is there anything I can do now...?!”Bookmark here

In the end of her words, she disappeared and again reappeared right in front of her target, but this time Rodan took her attention. She wanted to kill him. But the moment she swung her claws, Rodan managed to avoid in time. He jumped sideways just a second before the claw hit him. But as a result, the dirt behind him was carved by the wave force created by her claws.Bookmark here

“OHH-HOHO! That was close!” Rodan sweated. He looked at her again, this time he threw away his sword. His actions made her stunned in confusion. Shortly, Rodan approached her.Bookmark here

“Grr... hrrgh....!” she grunted, but in a moment, she nearly fainted because of her grumbling stomach. She fell down on her knees. Her powers were limited, and Rodan exploited that by holding against her attacks.Bookmark here

Before she could get up, Rodan was already in front of her. At that moment, she stared down to earth with eyes closed. Bookmark here

The hunger that devoured her strength had gotten the best of her. She could no longer fight back. She wanted to break free, but it was all meaningless now.Bookmark here

Because she knew at that moment... Bookmark here

She will be killed by the human in front of her.Bookmark here

But unexpectedly, Rodan kneeled down as well.Bookmark here

“Hey there,” he called gently, despite the bleeding on his arms. The white creature heard his voice statically, but she understood it. She slowly lifted her head and looked into his eyes.Bookmark here

She did not feel any harmful intent from the man before her. The man was illuminated in such warmness that comforted her soul. Rodan looked at her face. Those devilish eyes of her began to shrunk, reverting back to normal.Bookmark here

Rodan picked something from his waist bag, which revealed to be a green apple. Kindly, he offered the apple to her.Bookmark here

“Have some apple,” Rodan said softly. “You’re hungry, right? You can stop now. Calm down and have some meal.”Bookmark here

The white creature was utterly surprised to hear that. She heard his voice much clearer than before. Hearing him and his motion gave comforting warmness that wrapped her cold heart.Bookmark here

She stretched out her arms slowly to pick the apple from him. She gave a bit of trust to him, so she let her guard down.Bookmark here

As a result, her spiky hide reverted back to human-like skin. It surprised Rodan that she had such a ghostly white appearance, even paler than that of a vampire.Bookmark here

She slowly bit the apple.Bookmark here

There she recognized the taste. It was the same taste that was given to her not so long ago. Knowing the same food being given to her, she quickly feasted on the apple, finishing it within seconds.Bookmark here

“So you are hungry, huh?” Rodan said calmly. “Here, I have another,” he offered again.Bookmark here

The white creature now resembled a lot like a human girl. For that moment, she smiled and happily took the food that was given to her. She ate it voraciously as if she hadn’t eaten for centuries.Bookmark here

“So you can actually understand my words...”Bookmark here

But, that moment of peace did not last long.Bookmark here

The ringleader quietly commanded five of his subordinates to knock her out cold. Those five men were equipped with shinobi robes, and staves with blue orb at the tip.Bookmark here

Without Rodan noticing their appearance, they stunned the white creature with those staves. They were magical staves that had the property of electrical shock that can knock out high level monsters. Bookmark here

She dropped the apple that was half-way eaten... and she fell unconscious on the dirt, leaving Rodan with a grim look at what they had done to her.Bookmark here 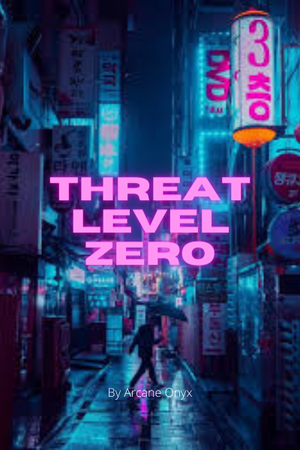