A PAGE FROM THE PAST

“What’s the first thing that comes to mind?”

She squinted at me before glancing towards Agent Yamanaka.

“Uzume,” I appealed to her, “the first thing that comes to mind… what is it?”

Pressing her elbows onto the table she cradled her chin atop the back of her hands. To me it felt as though she was less so entangled in deciphering her thoughts, and more say… building confidence to speak her mind.

“A body…” she flatly uttered. “Maybe even dead.”

Captivated, but disinclined to be strung by the first words that fell from her mouth, I shifted my posture towards her.

“Okay. What can you tell me about this person?” I probed.

A moment of silence rifted between us, and an inquisitive ambiance poured over her. I nudged further.

“And how does she look”

“Not even her clothes?”

“Its old. Denim pants and a T-shirt. There are colors but it’s not as if you have any idea what that even means.”

Stuck, I fell back into my seat and tried to simply think for a moment. The more we conversed the further from reality this case began to drift. I gazed down at the list once again and drew Uzume’s attention to one item in particular. The number 21.

“Is that what this number represents? The 21st century? Because that kind of clothes was common late 20th early 21st century.”

With a touch of allure in her expression, Uzume peered over at the list.

“Well, it’s sort of vague, but I guess it could make sense.”

Tapping my finger on the desk I diverted my sights around the room as I collect myself once more. In a fashion that was beginning to become a habit of hers, Agent Yamanaka filled in the gap and began prying for more information.

… “What else can you tell me about this woman? Is she young? Old? How about where the body is located?”

“I don’t know… It’s not like I’m picturing a scene playout in my head. It’s just bits of information that come to mind.”

Looking over my shoulder at the two of them as they resigned themselves to a stalemate, I took a long, well needed, deep breath.

“Fair enough.” I planted the palm of my hand on top of the table. “Me and Agent Yamanaka will step out of the room, and someone will bring you a drink or something in the meantime.”

As I stood from my seat and gestured towards Yamanaka, her fixation towards Uzume caught my attention.

“I don’t think you have a lot of time…” Uzume asserted.

With my hand caressing out the stress from the back of my neck I questioned her, “A lot of time for what?”

“To find out why I came here.”

She then reached over and grabbed the letter still sitting on the table. Holding it out towards me she placed her finger onto one specific item. A time stamp.

I placed a copy of the letter down on the table and observed as every agent in the HQ descended upon it like vultures. The first real case to ever hit this prefecture, let alone this bureau. It’s like throwing meat to a starving animal.

The chatter amongst them began to froth at the lid and boil over as the room digressed into a high school cafeteria. Pulling them together into one focused group seemed all but futile when suddenly one member, Agent Yashiro, called out to me.

“We can’t come up with anything with just a cheap copy,” he exclaimed while adjusting his glasses.

Suddenly the room simmered down, and everyone turned to face me.

“What do you mean copy?” I curiously prodded.

Stumbling over the crowd as he shimmied his way to the table to grab a hold of the letter, he further explained, “The way how this ink is absorbed into the paper. That wouldn’t happen with this type of material.”

I immediately approached him and took a closer look at it for myself. Directing my attention to the edge of the letters, he focused on how the amount of ink bleed and shape of stroke most likely meant that it was written with a rather thin brush, and on some form of rice paper.

I was quite impressed at his attention to detail if I’m being completely honest, but whether this information meant anything was still up for grabs.

“Well, this is the only copy that she had on her.”

Adjusting his oval shaped glasses again, he looked at me with a deferred expression. “Well, if she somehow has the original… that would be very impressive.”

“Because that type of material hasn’t been produced in centuries.”

I couldn’t tell you what look I must have had scribbled over my face, but the whole situation just felt… odd.

Twirling my pen in my finger I sat belligerent as Agent Yashiro explained to the director in meticulous detail his thoughts on the letter. I had lost track of how many times he mentioned how important the material was, or how often he’d shoved his glasses back up the bridge of his nose. Agent Yamanaka stood beside my chair staring diligently at the two as he yammered on about how impossible it was for a normal little girl to get a hold of something so rare. When he mentioned that the very last few places to hold on to such items were shrines and temples, the director’s intrigue piqued and Yashiro’s never ending mumbling finally hit a speed bump.

Looking towards me with his hands spread out to the sides like someone off an old Western mafia flick, the director questioned, “Why didn’t you notice this?”

As much as I wanted to take a jab of my own; if there was one thing you had to put before you in this HQ, it was the respect for your superiors.

“Shitsureishimashita! It’s not information that I was knowledgeable about. I’ll make sure key details like that don’t slip by me again.”

With a stern pretense he snapped at me, “Well, while you’re busy doing that maybe I’ll have Agent Yashiro here interrogate the young girl in holding for you.”

Yashiro’s arrogant nod in the background rubbed me like a heat rash in the middle of an August drought. I couldn’t tell if the director was being sarcastic or dead serious. Either way I was beginning to grow weary of the politicking and began to miss the times when nothing ever actually happened around here.

“She did ask for him directly… Just in case, there may have been a reason for that.”

Caught midway on my quest to make moment for myself by standing up and giving a snarky opportune one liner, Agent Yamanaka had reminded me of something I had already managed to forget.

I then turned to Yashiro, intent on using him as scrap board.

“What don’t we have in common?”

A bit thrown off guard, his voice stumbled before answering, “Umm, everything I guess.”

“Be more specific. You like details, right? What’s something about our jobs that separates us?”

He rested his knuckles beneath his chin in a deep contemplation. “Well, you are technically a higher rank than I am…,” he painfully acknowledged, “I guess you’re also one of the only people in this bureau that’s from another district. The only other being Agent Yamanaka.”

I looked towards Yamanaka, wagging my finger in her direction as I fought to conjure up my next sentence. “Agent Yamanaka, did you ever work in another prefecture?”

Glancing up at the ceiling for a moment as she gathered herself, “Well, I moved here when I was in High School so, no I haven’t.”

Nodding my head, I felt the room begging for me to make my point clear.

“In this country, both personal and work information are kept highly confidential. But if you’re an employee of the government someone could access your work profile from any local ward office.”

Impatience clawing at his skin, Yashiro interjected, “And you would have known had she done that. The information request notification would have come to you.”

Waving my hand to cut Yashiro short, I informed them of a key detail that perhaps the director himself hadn’t know of.

“In my home district, government employee data is freely accessible without having to put in a request. Furthermore, I put in my farewell message that I would be transferring here. That profile is probably still somewhere on the public domain.”

With a firm voice the director replied, “So, your guess is that she just looked you up?”

“I can’t imagine that she passed district lines without being identified, or at least held in custody due to the lack thereof.” I challenged, “But I will tell you this. There’s an old shrine in that district. It’s in a smaller town that I’ve never been to but growing up we talked about it all the time.”

“Because apparently it was the one shrine in this entire prefecture that had never been converted to a data center for the surveillance system.”

And just on que Yashiro cashed in his two cents. “Which means it might still have old relics from lifetimes ago.”

I nodded my head and turned towards the director as we all awaited some bit of confirmation. Creeping towards his desk he turned towards us with attention. “And what’s the name of the town?”

With an unusual feeling of confidence, I spoke firmly.

“Shin-Tsubaki. It’s a small town on the outskirts of Kyoto.

No one lives there anymore.” 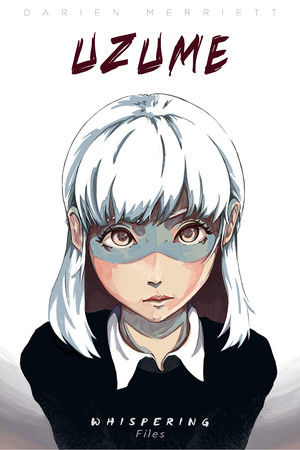