As we go down the stairs to where the motorcycle is Hope breaks the silence.

“Oh, I forgot to tell you something. I brought some of the principal´s clothes, so that you don´t have to wear the patient´s gown.”

“Ha…” I´m surprise by the fact that I forgot about that… after all I´m the type of person who has no interest in wearing trendy clothes or anything in particular… I´d dare to say that I prefer to be naked as I don´t feel ashamed at all. But considering that we are going to the police station it´ll be better to wear something… Although wearing the patient´s gown will make my story more believable, after all we are too far away from where the hospital is.

When we got to the bike she passed me the clothes and as I don´t have qualms I dressed up next to her. Interestingly enough, she didn´t care… Hmmm I guess I lost I chance to see a new expression on her… well, last night she was wearing only a towel at her mother´s bedroom. Jeez… the more I think of it the more I feel she´s like me… or maybe that´s what I want to believe.

She starts the bikes engine and I sit behind her as the last time.

And so, we leave this place.

After some minutes we get to the police station, it´s weird, there are usually officers out when they are at working hours. Perhaps, the fact that this is a dangerous place makes the police officers to stay inside and don´t go out unless it´s necessary.

We approach to the entrance of the police station. The building is very similar to an apartment, a door, some windows here and there, the parking lot where the vehicles are and a wire fence surrounding the whole place.

She takes the first step and opens the door.

There is no one around, though the lights and computers are on, even the air conditioning is on.

“No idea, I´ve never been here before.” She says.

What a stupid question, why did I think she would know such a thing? Maybe because she´s related to the mafia and all made me think she had been here before in rpison or something.

We check the entrance, there are pistols here and there but still no trace of people.

“You hear that?” I say looking at Hope.

It´s coming from the corridor.

We walk down the corridor while we take a look at the other rooms in case we see someone.

“Hello, is there anyone here?” I ask aloud.

No body answers back, yet the music continues.

We get to the final room from where the music is coming from.

We open the door and get in.

There he is, the tuxedo guy, he´s dancing and waving his hands at the rhythm of the music.

The door behind us closes.

He stops abruptly after he notices us, we are paralyzed, I never thought he would be here from all places.

He sees us and tilts his head down.

“Look…” she says bringing me to reality.

A carnage… there are around a dozens of officers lying down the floor, bleeding, cut throats, guts all over the floor, and above all, him. This place seemed to be the warehouse, there are only two windows and a back door.

Hope takes my hand and pulls me back.

She takes out her knife.

The tuxedo guy is still as if examining the situation.

He then runs to the back door at full speed.

Is he escaping? Why? Isn´t he going to kill me?

I take a few steps ahead, but Hope stops me.

“How did he kill them all?” I say while still trying to understand this whole situation.

“I don´t know.” She says as if trying to confort me.

It´s the police siren, there a lots of them. It seems they´re coming here.

The entrance door is open by force as if it was an assault. The officers start to run all over the place. Finally, they get to where we are, they open the door and the first thing they see is all the carnage.

Without thinking twice, they take Hope down. Why? She didn´t do anything… Then, the knife she was carrying falls from her hands… that´s right, they saw the corpses and probably thought it was Hope who did all this.

Two men stand in front of me after turning the music off, they are prepared to take me down if I move. I turn to see Hope… It´s like my dream… my dream where my mom is being abuse by my father but now it is Hope…

…please don´t look at me…

The officers are totally confused, they are all looking at me, it´s like I´m having a panic attack.

She looks at me, Hope looks me in the eyes.

After a while, the officers take us in separate rooms.

There is an officer with me, they are waiting for me to calm down.

Another officer gets in.

“Help me here son, if you don´t tell us who you are we will arrest you and your friend, so do yourself a favor and say something.”

“Tcht” the man seems angry. “bring it here.” Another officer comes in, he´s carrying a radio from where the music was playing.

“Turn it on.” It starts to play the same song from before, yet I´m still in shock.

Then, a piece from Bach starts to sound, it´s the same piece the orchestra played when the theater was burnt. I recover all my sense after remembering the people in flames, the fear and the scariest thing I´ve seen, the smile of my brother.

“It seems you are back to reality.” The officer says. “Now, tell us who you are.”

I look the officer in the eyes. “I´m John Kind.”

“Kind?” the two officers behind start to mutter.

“Yes, I am John kind son of Gilbert Kind.”

“Shut up you guys.” The office in front of me shouts.

“If you are Mr. kind tell us what are you doing here.”

I explained everything to the officer, starting from the school, the hospital and this other event with the tuxedo guy, except that Hope is the daughter of a member of the mafia and that her mother is dead.

The officer exhales. “Well, that explains everything. Tell me Mr. Kind. Do you have any idea who the man in tuxedo is?”

“I wished I know. All that I know is that he tried to kill me twice but this time he didn´t do it.” I wonder why.

“Do you know what Opus stands for?” the officer asks me.

“Yes, an Opus is the number given to a piece of classical music. Why the question?”

I followed the officer to the back door where the tuxedo guy was.

The officer opens the back door.

There is an O written on the parking lot with blood and inside a pile of boxes in flames forming the number four.

“The music that was being played when we arrived was labelled Opus 4, after that, we saw this.” The officer says while pointing at the scene.

Opus 4, why the number four? Opus one was me at school, Opus two was at the hospital and this should be Opus three. What is the meaning of this?

What is the relation between these events and how did he find me?! 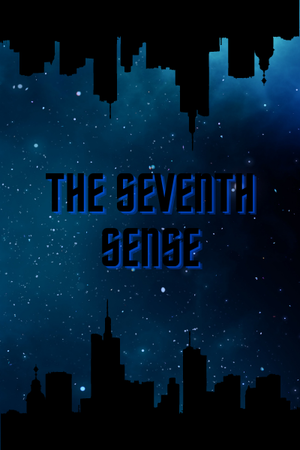 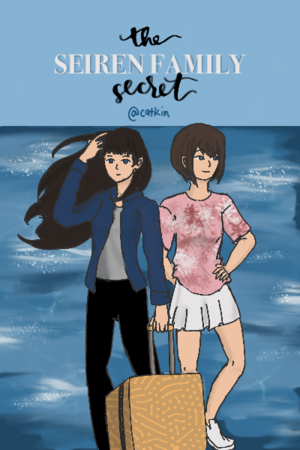