Sometimes, it's All About Sending a Message

“By the way,” Enteng continued. “is sixty-nine a cool number?”

“I died sixty-eight times before I got the gist of things, and jumped for the last time to bring back something fun to talk about. Shame. I didn’t even enjoy that last jump.”

“You took care of the ones they had at the back?”

“It’s not their fault that they were tied up sloppily. But it is their fault for getting up and attempting to attack us.”

“So we have nothing to worry about?”

“No one would step on George. What do you mean?”

So, this was what happened to the commotion that he heard when he was being burned to be healed. He thought that someone was just screaming while taking a bath outside. It was a good outpouring, too. Uncle told him to shut up, so he did. The other people inside the room didn’t say anything either. He probably scared them. But his crowbar was gone. He missed Enang’s machete. Enang was gone as well.

The last thing that he wanted to see was a small group of jacked crocodiles downstairs planning to get up and murder them. He was lucky that there was an unattended baseball bat, probably left by the one that stole his crowbar, but it could be used. It’s easy. Those crocodiles might be dead now, probably. He was using a baseball bat, for God’s sake. In any case, George was on the porch and watched this battle unfold.

What a good boy.

Joey was there, too, and they were getting beaten. There was a girl spiked with ice, too, but no one seemed to notice her. What took Enteng’s attention was George and how he probably quivered at the sight of that armored monster from the corner of his eye.

Nine of them remain. Some of them were squirming on the ground, slowly moving. They didn’t kill their other enemies as well. Though those nine were beaten. Jonathan was there, too. Joey looked at him, happy, like he wanted to say something. Enteng smiled at him, and he nodded to cry. Nice. Enteng sighed. This was still doable, but he couldn’t be bothered. He hated the rain. It’s noisy. It’s like swimming inside of a broken television.

Uncle didn’t seem like he wanted to fight under the rain, either. He’s steaming. Enteng had no idea why he’s burning. Maybe to look cool. He did, like a certain ghost with a burning skull or something, but that’s it. Well, it was his power.

The jacked armored monster in front of the rest of the gang disappeared and reappeared in front of him, grinning. He swung his gigantic blade with his eyes twisting for the taste of blood. Cold. Yeah. It might be ice. And it was big, too. He’s jacked. Enteng could understand how this guy could swing it like a pillow. There was a bit of weight in there. It could kill him. Enteng smiled. He would’ve freaked out if Tabu didn’t push him off the cliff until he started jumping on his own.

Enteng didn’t need to move. Slow. This would definitely cut him in half, so he’ll have to be mean. It’s a learning experience, after all. Enteng summoned a burst of wind that blasted the flat side of this monster’s blade upwards, forcing it to miss.

Oh, how he missed seeing this. But he really was turning mean. He bonked his head. Bonked. What a funny word. He smashed his bat against the poor monster’s head, denting its skull, stunning it. Critical hit, as what Uncle would call it. Tabu didn’t lie. Line. Enteng dodged when this guy tried to cut his head off. He bonked his knee. No damage. He kicked its balls. No damage. Line. He stepped to the side, grabbed the bat with both hands, and bashed his head with a ripping swing, but the monster’s head didn’t fly. Neat. He gets to exercise.

Uncle ran towards him. “Hey, stop being so cool—”

The guy’s body burned. Like Uncle, he started regenerating. Even with all that, he still had the energy to summon blades by his side to impale, but that was just too slow. Enteng clicked his tongue and moved. He contemplated stealing the enemy’s weapons, but it could be controlled, so he went with the usual.

He grabbed the bat with both hands, planted his feet, and put his back into it. He followed a white fluid line to smash through the monster’s defenses, breaking his face, driving him, and making him bounce him off the ground like a poor ball.

Uncle followed the timing of that monster’s fall. Taking a deep breath, his body burned even further, and in the wall of steam he moved, blazing like a torch, his skin charring and almost baring his bones. He delivered a punch that turned that guy’s armor into the air, setting up an extravagant explosion that stopped the rain for a second. It allowed everyone to watch as their enemy tore through the wind and crash through the compound’s wall.

The enemies around them panicked and left their other comrades alone. Most of them dropped their weapons and fell to the ground in surrender. Four chose to approach them and die. It would be mean to just let them fall. He signaled Uncle to calm down as he put his leg to work. He has to fight them honorably to reward their bravery. Just kidding. Enteng grinned. They fucking threatened George.

He blasted someone away for later. Line. He grabbed his bat with both hands and smashed one’s head. Line. He dodged a spear going to his stomach. Line. He turned, ducked from a swing, and busted the third monster’s right knee. He bashed his head next. Enteng turned to the spearman who was aiming for his neck. Slow. It followed a line, but he didn’t even need it. He broke his neck with a single swing.

Now, just one remained. The monster shivered, but he was determined to take revenge. But he could respect that. He could respect these warriors. Though he’d need to try. At least Rayan was nicer.

The jacked monster roared with a club in hand. Line. Enteng dodged and broke his right elbow. He cried and stepped back. He decided to use his sharp nails. Line. Too bad he’s slow. Enteng ducked into his swing, crushed his left hand for bad behavior, and limped his left elbow. This poor bastard bared his fangs next like it would do anything. Enteng dodged, turned, and aimed low to break his right knee. The monster fell, groaning, and Enteng shattered his left before he could ever hope to stand.

Enteng breathed and chuckled as the rain fell. He scratched the back of his head and glanced at Uncle, who now had Lucy burning in his embrace like a rescued princess. Nice. He pulled up a patient smile and pointed at every living crocodile that had surrendered. “I don’t know if you guys are allowed to flee from battle, but hell… It does get the message across. I’m allowing you to run after this.” He pointed them towards George sitting by the porch. “Get this into your brains. You fucked with him.”

Enteng smiled at everyone. And when they nodded, he bashed the last monster’s head. He made a nice dent. The monster groaned. Well, looks like he needs to do a lot more. Enteng smashed it again. He heard something break, and he drew blood this time. Man, these guys were pretty strong if one’s not using a bladed weapon. Whelp. Enteng raised his bat, grinning, and brought it down again. He saw a bone. Now, the monster was just gurgling.

For some reason, he didn’t want to die. But they couldn’t have that. Everyone was watching, he needed to finish this. Well, the fourth time was the charm. Or was it third? He didn’t know. He bashed his head again. Damn. Enteng stepped back, looked at his enemy’s faces. They’re all scared. And this guy, the guy that he had been trying to kill, was still moving.

Damn. Well. There was no line. He would die soon, probably. But he had to send a message. He shot a breath, firmed his grasp on the bat, and went ham for the sixth, seventh, eighth, ninth, and tenth, probably a whole lot more since he didn’t even bother to count after. What remained at that guy’s head was a piece of thick battered skin, bubbling over a puddle of mud and blood.

Their enemies had fled, except one.

The armored crocodile that Enteng had beaten and Uncle shot away had returned, fully healed. 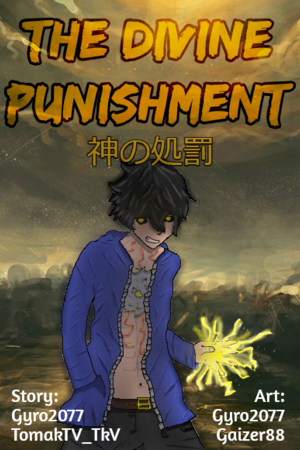 big fat glistening among us hairline.mp4 HD no virus