I looked at both men who were looking at me, waiting for me to choose one of them. One was the love of my life and the other could be my death. I still need the favors of that old man until I be the empress or else Andrew will find a way to reject me and break this engagement.Bookmark here

“I think we do not have a specific place to check in the market. So why not start with the store, your highness is opening.`` I offered to look at Damien who snorted.Bookmark here

“Or we can go separately to find him, this way we will cover more places. Right?” I added, as I did not want this brooding psycho killer near me when I spent good time with Andrew.Bookmark here

“I do not think it is a good idea, since we have only one portrait.” he replied, looking deep into my eyes as if trying to subdue me. Bookmark here

‘Tsk.. it is not enough against my will to win my love.’Bookmark here

“Oh, I do not need the portrait. I have remembered his features well. I will find him without it. Now go, we should not waste time.” I pushed him away as I held Andrew’s arms and dragged him to the other side. Bookmark here

“We have a store to see and a kid to find. We can not waste time.” I said as I heard a snort from behind.Bookmark here

“What is it about?” asked Andrew, tilting his head and I looked at the girl. Bookmark here

Telling Andrew was already a big deal. I could not spill the beans so carelessly in front of anyone. Bookmark here

He looked at the girl and then at me and then nodded.Bookmark here

“My lady, would you come with me for a minute. I have to show you the best jewels of this empire. You can have any of it as a gift for your hard work.” Bookmark here

“I think I am fine without them.” she said adamantly, but Ben was more adamant. He bowed and dragged the girl away who kept shouting Andrew’s name.Bookmark here

“So, what is this all about?” he asked me again. For the first time he was not talking to me coldly. In fact, he was interested in my words.Bookmark here

“Shall we have tea there?” I offered as I looked at the nearby tea house and he nodded.Bookmark here

We both walked across the street and entered a posh tea house. Walking straight to the upper floor, we were escorted to the most lavish room.Bookmark here

The room looked no less than a museum. It was grandeur designed. Bookmark here

“So, what is happening between you and that cursed creature?” It took me a second to understand that he was talking about Damien.Bookmark here

This was the first time I have seen him speaking like that. Mostly he was full of manners. But it only made him even cuter.Bookmark here

“Well, my aide saw a boy with silver hair in this area. The boy has a split resemblance to lord Damien. And as you know, his father’s dead body was never found…”Bookmark here

“You think his father remarried and they have another heir of the duchy now?” Although he was asking, his eyes gave me confidence that he was right. So, I nodded.Bookmark here

“But why are you supporting him so much?” he asked with a bitter tone, making me surprised.Bookmark here

‘Was he jealous? Shall I take the benefit of his jealousy and flirt a bit with Damien in front of him? So that he would notice me and stop messing around! Maybe he even said those three magical words to me.’ my heart filled with glee with that though.Bookmark here

‘So the mission to make Andrew jealous starts now!!’Bookmark here

“Well, we have heard that the biggest healing stone is found in his new mine. And he has promised mine to me if i help him in finding his sibling and father. And you know father wanted to have that healing stone for himself. So I am going to SPEND MY WHOLE TIME with him until we find his brother.`` I paid so much force on the time that even a blind could understand the meaning behind it.Bookmark here

“Why? He is strong enough and has enough skilled force to do it for himself. I do not think that he needs your company for this task. He could have asked for your aide to go with him to recognize the kid.” he said contemplating, as he looked deep into my eyes as if he was trying to dive deep into it.Bookmark here

‘Did he think that I am lying to him?’ Why was he so suspicious of me when he was the one who was always spending time with someone new each time?Bookmark here

“Because I made the sketch and he thinks that I know more than I was showing like you think so. You both should know that i am the most intelligent girl of the empire and i have a photographic memory so i remembered the sketch of the child just by seeing it once.'' I replied with full confidence, though I know that I was sounding a bit narcissistic. I knew the face of the kid, I have so much affinity to handsome men that I do remember everything about him.Bookmark here

“Ha! This is the first time I have seen you bragging like that!” he said as he took the cup of tea in his hands.Bookmark here

My eyes borrowed from his face.Bookmark here

“So, you do not believe me? There is a birthmark on your torso which looks like a cross. It is the size of my little finger on the left side.'' I told him with a smirk and the tea he was drinking came straight out of his mouth.Bookmark here

“How do you know that?” he asked, flabbergasted with the knowledge I had.Bookmark here

‘Shall I told him that there was an option of choosing clothes for your date. Where he stays bare chest for me to choose clothes for the day, and I take my own sweet time to do that.’ I chuckled at that fond memory.Bookmark here

“Why are you laughing now?” he asked with a bit of anger and a bit of irritation but I could see his ears getting red. Was he embarrassed! Oh my! Wasn't he a flirt?! Then why was he getting embarrassed with such a small detail!?Bookmark here

“Cough cough.. Did you forget that we have spent plenty of time in our childhood together. There was a time when you took your shirt off.`` I shot an arrow in the dark. Hoping that there must be a single time at least when Akira has seen him bare chest!Bookmark here

His eyes softened yet he was looking further embarrassed.Bookmark here

“It was long ago. You were so wet in the rain and my jacket was completely wet so it would not have helped. So as a gentleman I took out my shirt to give you so that you can cover your backless dress. But you denied it telling it was a thin material and would not help anyway. It's been more than four years since then. I have never thought that you looked at my.. Cough.. Torso.. Much less remembering this small detail.” his voice was distant, and embarrassed. Bookmark here

“Well as I said, I have a photographic memory.”Bookmark here 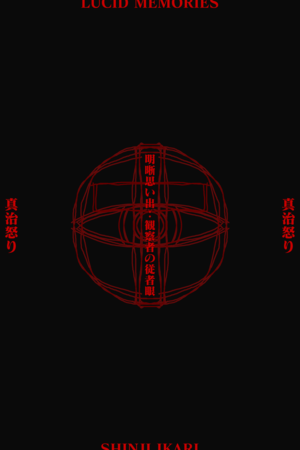