The next day, the negotiations for the treaty had begun. The Wolves learned their lesson from Courtney, who overwhelmed their numbers and Fenris without breaking a sweat.

The Dragons made due on Maezail's promise, the whole council showed up to the negotiations without a complaint.

A few of the feature heads from the other larger cities from the Humans showed up as well as Atticus.

And of course, Courtney and the Komodron Elder showed up with Cynric and Varius respectively.

Serena stood at the top of the staircase leading into the Meeting Hall, they were all outside due to the sheer size of the dragons.

"Welcome everyone, I'm proud to say that we're all here to renew the treaty between us, to make Zeleon a benevolent place for all. Starting off I'd like to make a special thanks to someone too hurt to join us, our Guardian Leon Atkins. Based on Courtney's and Varius' testimonies he played an important role and showed bravery and strength in the face of opposition. But, let's now get into the details, have conversations about any concerns, and create solutions for all of us to live in harmony."

Leon woke up for the first time, he felt really sore as he turned his head to see Katrina asleep in a chair next to him. "I'm in the hospital again aren't I?"

Katrina jolted as soon as she heard his voice, she almost hugged him, but restrained herself so she didn't hurt him. "You're finally awake!"

Her cheery voice made him nervous, he wasn't sure what to make of it. "Yeah….I feel like hell…how long have I been out?"

"Only half a day or so, I'm actually very surprised you're awake."

"I see. And how long have you been sitting here?"

Katrina's face blushed a bit in embarrassment, a rarity that Leon can't recall witnessing. "The moment I got back...I was really worried about you. But, Courtney got you back soon enough…"

Her voice trailed off, cluing Leon that something was wrong.

"Are you alright?" He asked her.

She shook her head. "Why are you asking me if I'm ok? You're the one in the hospital bed."

"You seem upset or distressed about something."

She sighed. "Ugh..fine you win. I feel guilty, I was completely useless. And you almost died saving my life...it's kind of sick, but for the first time last night, I really understood you."

"Heh…spoiled Princess Katrina Shoud understands a commoner. I need to get that in a newspaper."

"I'm being serious! You're….quite passionate and inspirational when the time comes. You got us out of a deep hole, and pushed Courtney to take the necessary action to kill Charlotte." She wiped her eyes, they seemed misty like she was trying not to cry. "You're an incredible Guardian, you're a hero, you're selfless…"

Leon chuckled as he stopped her before she rambled. "It took me to dive into the depths of my own selfishness before I rose from it again to find myself. I'm no hero, just a guy playing his role to a tee. And I was able to do all those things because I don't fear my end, you and Courtney are integral to Zeleon going forward. I just wish you two would settle your animosity, seriously."

"Not a hero, hmm? Fine. I'll accept my protector as a sufficient replacement."

"Aw, come on! People can take that as something romantic!"

"I know, it'll frustrate you enough until you crack and let me call you a hero."

Katrina laughed at his reaction, but the conversation made her feel better. At least, until Leon had a stroke of brilliance.

"Ok, if I'm a hero...what'll you give me for not aiding you not once but twice?"

"Don't get greedy with me Leon, I know you're doing that just to foul my mood!"

Katrina's frustration built to a fever pitch that she walked out of the room. Her mood wasn't fouled by any means, in fact she was able to feel almost relieved. Leon was ok and she finally treated him like her equal, she had a breakthrough in herself as a person. Thanks to the ever persistent one time nuisance.

Hours passed, and Leon laid in the hospital bed asleep again from sheer boredom and tiredness.

Suddenly he awoke feeling someone against him.

He shifted a bit, and the grip held him closer again. "Courtney?"

"Miss me?" She said in a teasing voice.

She was in the bed with him, cuddling herself against his back, holding him firmly but gently.

"Why are you holding me like this? And why are you in my bed?"

"Why, why, why. For once can you just accept me trying to make you feel cared for?" She asked him as her hand ran through his hair.

"You realize if someone sees us…"

"They'd get the wrong idea? Think we're a couple? Maybe. I mean, I'll blame you for all your promises, encouragement and overall softness..."

"Oh, this girl! I swear you get your jollies screwing with me!"

"...is what I would say. But in reality, you're the person I chose to bond myself with."

Leon turned tomato red in the face from that poorly worded sentence. "Elaborate."

"Meaning…." She disappeared and reappeared on the other side of the bed, while shifting him back a bit, looking him eye to eye. "I'll never leave your side, that much is true. I figure making a promise like this in a hospital bed is fitting, you'll live your last moments in one with me here, making it kind of beautiful in a way."

Leon took a deep breath as he booped her on the nose. "Beautifully morbid. But, I suppose I can't expect less from the Vampire Queen. But, a lifetime of you? I might as well shorten my life by another 10 years for that alone."

"You're so mean to me. I came up here right after that awful meeting for the treaty. I needed you there, I was soooooo bored."

"You...are such a kid. That is important! You gotta grow up and be the leader in situations like that!"

"Ugh. You need to live a little. You're always trying to be an adult so often and when you  aren't, it's always sinister or sarcastic. Why don't you try living in the moment right now?"

Leon's internal panic was obvious. Only proving Courtney's point. She waited several moments for a response but he couldn't muster anything.

"Sheesh, leave a girl to do everything will you."

Courtney hugged Leon close to her chest, her hand gently caressed his hair. Surprisingly she felt warm, he couldn't really explain how or why but she did. That's when it hit Leon, he let her drink his blood, seeing his memories.

"You're incredibly wholesome, you know? That's why, I think you've earned this. Everything you've done, the injuries, the overexertion, all of it. If it makes you happy to be held like this, I don't mind it….in fact, I dare say….I like it." Courtney smiled warmly as she held Leon to her.

"I….ugh. I'm too tired to even retaliate." Leon relaxed in her chest, making her chuckle a bit because she finally broke him down enough to simply go with the flow of her chaotic energy.

Two days passed and Leon was released from the hospital. He had his armor on and Silva on his back in case he was called upon. But he raced to the treaty being signed in the Meeting Hall.

He had his hands on his knees after he bursted through the doors. Everyone had their attention on him. Maezail, whose head was sticking through a large window, breathed on Leon, sending a shiver up his spine.

"He-hello there, I kind of almost ran into your head I'm sorry…"

"Hmmm. You're the Guardian I've heard about. It's a pleasure, my name is Maezail and I'm the feature head of the Dragon Council. And please don't worry, my head shouldn't have been that close to the door."

Leon smiled at him. "I'm Leon Atkins, and yeah I'm the Guardian you've heard of."

Atticus let out a grunt. "Do you mind? We're trying to finish things up here." His tone was snotty enough to get a glare from everyone.

Both Fenris and Raffi walked up to Leon and began sniffing him. He got weirded out almost immediately, he looked at Courtney and she gestured to him to relax. The pair walked back to where they were, and Leon was left puzzled.

"Now that everyone has met the Guardian, we can now finalize the treaty unless there's something extra that someone would like to discuss."

Raffi stepped forward. "Are only humans allowed to apply for the Guardian's services? I understand he's specifically for humanity, but if we're all equals shouldn't we all be allowed to ask for his help?"

Serena was actually very intrigued by the subject. She turned to Leon, who had just sat in a chair. "Well. What do you think, Leon?"

"I'm completely fine with it. But, just know I'm busy a lot so I please ask to not make it a force of habit."

"I already know how Courtney and Varius feel, but what about you Maezail?"

"I can't help but find the irony in this. However, someone to have in an emergency will never be a bad thing, so yes, I'm on board with it."

"Excellent! From now on the Guardian is of Zeleon not just humanity. If there's nothing else then I'm happy to say we can conclude this process and officially agree under our new treaty."

Everyone nodded along. Concluding the discussions that took several days to go over.

Leon shouted out of turn, making himself the center of attention once again. But, the others not including Atticus all followed his lead.

They all said it in unison like a bunch of kids cheering. But it was warranted. For the first time in a true while, Zeleon was unified once again. 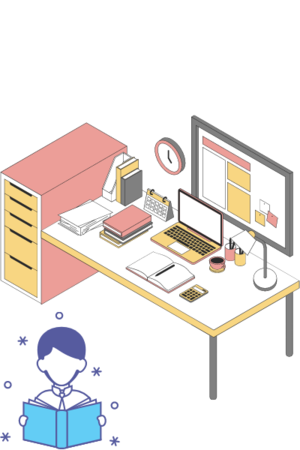