Ace still chained up to a wall and been fed the Devil’s Tongue the transformation processes rushes with Ace having thirty minutes left until the effects of the drug kick in. The rescue team stands outside waiting for back up to arrive while they go over their plan. Ace loses strength feeling numb he lays his head looking down as Ishii pours more water on him. “Hey I’m not passed or anything so stop that” Ace raises his head and looks at Ishii while struggling to free himself. “Hey isn’t this drug suppose to give me insane strength”. Ace turns his attention to Goto. “Not until an hour as passed and by the looks of it I’d say you have about twenty five minutes before you go berserk. Notice the veins and long nails”. Ace looks behind at his hands and sees his nails have grown. Ace stays silent fore a few while. Goto stands up from his seat as he dusts himself off.

“Angels you say...” Goto chuckles as he looks at Ace. “What’s so funny? I’m serious” Ace looks at Goto. “I apologise it’s just that no one has ever asked a Demon if Angels exist, it’s unusual” Goto sits back down and feeds Ace curiosity.

“Yes Angels they do exist”

“Have you seen one”

“No... no Demon has ever seen an Angel before, those that did was only during the war between Demons and Angels, so to use that never experienced it, it’s just a camp fire story told to children, an Angel that kills you with sight alone, what childhood nonsense”

Goto stands up from his seat and walks up to the gates to prepare them. With Kaori having a lock on the target ready to take it down with a sniper. Kaori puts her finger on the trigger. She takes a deep breath and takes the shot at Goto. Goto walking towards the gates with his hands behind his waist. Goto quickly raises his hand, he grabs something in mid-air and stops walking. “Damn” says Kaori. Goto opens his hands and looks at what he caught as his hands steam. Goto happens to have caught a silver exorcism bullet with his hand. “We have intruders”.

Goto drops the bullet and speed walks back to Ace. The sound of a rocket launching draws nearer then BOOM the side of the building explodes as a huge hole is created by the explosive. Gun’s start firing with a mixture of grenade explosions outside as the support squad takes out the Demons guarding the place. Keichiro’s team enters through the whole. Keichiro’s team stands as they look around. “Hey Iron-Heart are you okay” says Keichiro. “I’m fine” Ace looks away and clenches his fist trying to hide his Demonic look.

“You... how” Ishii glares at Keichiro. Keichiro puts his gun in the holster and draws his knife as his eyes meet with Ishii’s. “We meet again... guy’s you leave this one to me”. Ishii and Keichiro rushes to one another as their blades clash. Nishimura and Takeda runs to Ace as Kimura trips Nishimura with her thread. “You get your girlie hands off my man” says Kimura. Stands up and draws her knife. “Ace isn’t yours to keep”. Nishimura rushes towards Kimura as she swings her knife at her and Kimura keeps evading. Takeda mid way to reaching Ace, Ono jumps as he lands in front of Takeda. He takes off his cloak and unties his pony tail. Takeda looks up at the huge buff giant. “Don’t you have a cheesy line to say”. Ono Raises his hands and puts them together a he is about to hammer Takeda to the ground.

Nohaku tackles Takeda away as Ono smashes the ground. “Get to Ace I’ll deal with him” says Nohaku. “Yes sir”. Takeda continues his run to Ace as Nohaku stretches himself out. Ono turns his focus to Nohaku as he charges towards him. Takeda reaches Ace as Ace keeps his eyes closed. “You know you don’t have to hide yourself I know your situation”. Ace opens his eyes and looks at Takeda. “On second thought keep them closed you look horrible”. Ace cringes to Takeda’s statement. Behind Takeda Goto appears. “Behind you” Ace alerts him as Takeda turns his head, Goto kicks Takeda away from Ace. Takeda takes out his hand gun and takes shots at Goto as Goto Dukes all of them. Goto kicks Takeda’s gun away and kicks Takeda’s face. He grabs Takeda by the neck and keeps choking him in mid-air. Takeda takes out his knife and throws it at Goto. Goto moves his head as Takeda misses. “No one will interfere with Zagan’s plan”. Goto squeezes his arm choking the life out of Takeda then suddenly, Satori Lands a hit on Goto with his flying kick sending Goto falling back to the wall.

Takeda falls down grasping for air. “Are you okay” asks Takeda as Takeda nods his head and stands up. Ace with only three minutes left his strength is doubled as he starts to growl trying to fight off the pain. Takeda and Satori looks at Ace.

Goto stands up slowly and dusts himself off. “Looks like his time is almost up...”
D 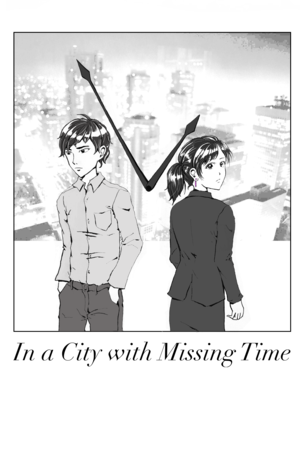 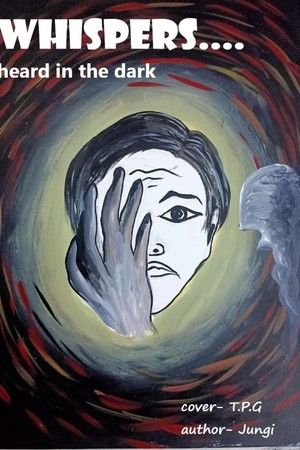