Awakening of the Spirit of the Earth

In the not-so-distant future, VR technology had finally come to enable the expression of fully convincing digital worlds.Bookmark here

Suddenly and mysteriously, an enigmatic corporation only known as “The Iliad”, previously unknown to man, released a game known as “E.D.E.N.” for free to all who would wish to play it. It was so utterly fun, engrossing, and disgustingly addictive that all who dared immerse themselves in it would cease to function as normal human beings, instead only spending their entire life savings on microtransactions… until they became nothing but unrecognizable, drooling beasts, roaming the streets to prey on any who might carry the world currency of “e-credits”.Bookmark here

As the globe fell into a bottomless death spiral of chaos, Supreme Leader Seraphim “Cherubim” Apocalypse, a strange dictator whom nobody had ever actually seen, enacted that extraordinary executive order… It dictated that all digital games be destroyed forever, and that all those found to be gamers or gamer-adjacent be summarily executed. Bookmark here

After it came to be programmed into the cyborg policemen who patrolled the globe, gamers everywhere were driven out of the surface of the Earth. Legends say some of them scavenged the few remaining vestiges of entertainment media and escaped to the core of the planet itself, biding their time to return and take the world by storm once more. “Al-Gamerrah”…Bookmark here

Thousands of years had passed.Bookmark here

“Any questions for today?” the teacher roared, clenching her firsts. She was looking at that problem student in the back. As she always did.Bookmark here

“Teacher…” that aloof excuse for an earth-humanoid, planet-patrolling, ultra-cybernetic hybrid began, with a look of panic on his eyes. “Why is the school shaped like a cross?”Bookmark here

That was Prince Kong Koji, sitting in the last seat of the entire school, who stood in the last place in the rankings for that school, nay, the entire country, or rather, the entire world, and maybe even the universe, if you could check the rank on that… in that classroom of Gaia High School, where students studied some vague theoretical thing or another to become stronger and eventually gain the title of “King”.Bookmark here

When faced with such a foolish question, everyone else imploded in laughter. Princess Shkrautz, sitting upright in the single chair in front of the front row, put her beautiful, delicate, pristinely laser-manicured robo-palm to her face. What the hell was he talking about? That guy was so worthless! But… he was kind of cute, really.Bookmark here

As the teacher, Advisor Alice Aria averted her gaze, she lied. “Koji! You know it’s because it’s been done that way ever since the E.D.E.N. Incident. And don’t call me ‘Teacher’! As an Advisor, you have to use my titlename, A.A.A.” Bookmark here

She couldn’t tell the truth. That it was because of the Crucifixion.Bookmark here

Koji vomited out that disgustingly inconsiderate question which nobody would ever dare ask in such an elite school. “What is the E.D.E.N. Incident?” he blurted out, completely unaware that this class of exposition dump had already been offered to the reader.Bookmark here

…even as he said that, he knew something wasn’t right.Bookmark here

“Come on!” the titanium-reinforced lady whined, twisting her head around 360 degrees. “Are you trying to delay going to your spirit training session?”
“No…” he tremblingly emitted from his deep, indisputably manly speak-unit. “Teacher… A.A.A.! I think… I think I might have forgotten everything!”Bookmark here

She sighed. “Don’t play dumb! You must train your spirit, so that we may keep the M.I.D.A.S. at bay! The kings created by Gaia High School are the guardians of the world, our only hope for humanity…”Bookmark here

P.K.K. squinted his visor. “…How can I tell that the school looks like a cross from the inside?”Bookmark here

Smoke started coming out of her ears. “Your cybernetic implants, Koji! They are linked to the satellites!” she claimed as she look upwards, for a moment not realizing there was a ceiling above. “And to the nanomachines… You are One with the Planet.”Bookmark here

Koji looked all around him. At the flesh all about the place… remains of his classmates? That’s right! They had imploded. He panicked, screaming…Bookmark here

Two metallic guards, dressed in radioactive green suits, burst into the room from the air vent in the wall, rolling into the floor. They pointed their guns at him, shot something from them several times over, then carried the poor misfit away… to the place known as the “Spirit Training Room”.Bookmark here

As they arrived, P.K.K. was placed on and tied to a plastic table. Then, after haphazardly submerging a towel into a bucket of water, one of them pressed it forcefully onto his pretty, spotless face, enacting the Spirit Training.Bookmark here

When Koji came to regain his senses, he was back in his personal pod. That’s where he was as he woke up. Definitely. But that was not how he himself perceived it! What he saw instead, though he did not understand what it was then, was a virtual reality video game. Within that pod, some sort of slimy creature came slithering out from his ears, relieved to have finished its job.Bookmark here

Koji was standing on a grassy field. Next to him was a pale, large humanoid creature, wearing a loincloth, facing the opposite direction. He got closer and touched its shoulder, “Hey! Where am I?”Bookmark here

As it turned around, he could see it was actually a cyclops. From its eye, a red beam was shot at the boy. Bookmark here

Later that day, the uranium-guards came to check on Koji. He had suffered what the medical professionals in the olden, sexually-reproduced bio-flesh days would supposedly call “Sudden Cardiac Death”.Bookmark here

It was already night… The creature was slithering through the beep-bopping corridors, lit only by the occasional retro-futuristic flashing tile on a rectangular control panel as it carefully avoided detection by the fearsome wielders of radioactive ore who patrolled those dormitories. Next up was P.K.K., Prince Koso Kondo.Bookmark here

Going through the gap under the 2-foot thick, wheel-knobbed door to his pod, that scientifically conceived slime of primordial gamer flesh found its way to the other knob -- the intended victim, sleeping by his table-bed.Bookmark here

Kondo had barely regained his senses when he saw that same humanoid figure. Unlike his bolder counterpart, seeing someone nearly naked like that made him supremely flustered. Trying not to make any noise, the not-so-unreasonably-ranked Prince employed that secret familial technique where one would scramble to run away. Bookmark here

The old, simple-minded holoprosencephalic monster did not mind him, for he was a gentle creature who merely disliked getting touched. Instead, he waved his hands around, playing with the adorably frail, blurry after-images of fluttering butterflies he could see in front of that gargantuan two-lensed, presbyopic eye his irresponsible mother had given to him through her gestational consumption of poorly brewed teratogenics contained within fictional (but still illegal, don’t do drugs kids) VR fantasy drugs. Bookmark here

Back in the real world-land of that mechanical utopia protected by the Supreme Leader, P.K.K. was hopelessly running through the mechano-corridors, making more noise than one could ever expect to get away with. Of course, the slime within realized they would soon be found by the glow-warriors…Bookmark here

…And they were. They took him away to the spirit training, naturally, not realizing the SSS-rank threat that he carried within his otherwise genetically AI-engineered, game-free brain.Bookmark here

Those guards would never be seen again. They'd never live to see the extraordinary being that was to be born from what was gathered through those shenanigans...Bookmark here

'Hey, how are you doing, reader? My name is Nanashi. I’m just your ordinary 54-year-old cyborg boy… I might be studying to become a cyborg patroller who stands at the top of world society as a member of a morally questionable shadow elite of technological demigods, but I’m actually really shy, socially inept, and even somewhat retarded. Just like you!Bookmark here

My parts are outdated and can no longer keep up with the advances in combat cyborg technology… Because of that, I’m set to be discarded away very soon.Bookmark here

I’m not modelled after the “human” species. Rather, I’m what you’d call a “monkey”! Why? I don’t know. It’s just always been like that. There’s nobody else like it, not that I know of. But I’ve still served just fine as a King... until now, that is.Bookmark here

I wish I could be salvaged… 'Bookmark here 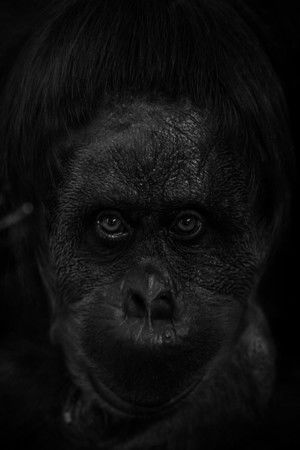